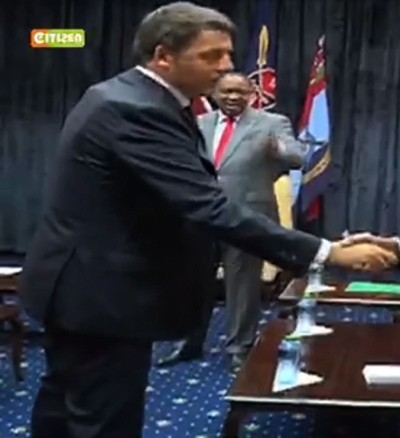 June 9, 2015, 4.00 am: 750 police officers from the Italian, Spanish, Polish, English, Belgian, Georgian, Turkish and Cameroonian police, with the support of Europol and Interpol, and with the coordination of Eurojust, knock on the doors of 62 individuals suspected of being members of a criminal organization, mainly from Nigeria and Cameroon, responsible for a huge number of frauds committed against small and medium-sized enterprises across the world.

The group, devoted to laundering activities involving large amounts of money obtained by means of state-of-the-art phishing techniques, used a particular attack called in hacking jargon “man-in-the-middle”, which consists in illegally accessing e-mail boxes of Italian and foreign companies through hacking and social engineering techniques that enabled the criminals to meddle in trade relations between the companies, unbeknownst to them, and finally diverting their mutual payments onto bank accounts belonging to the organization.

Four months later,working on information gathered by the Postal and Communications Police in Italy, EFCC (Economic and Financial Crimes Commission) Nigerian officers were able to track down three fugitives in their homes located in various places within the city of Lagos and apprehend them. Moreover, EFCC have also started an independent investigation that allowed them to confirm the connection with the group dismantled through the Italian investigation, and toidentify new criminal links with South Africa, Ghana, Gambia, China, UAE, Kenya and Spain.

The three criminals, K.C.,O.O. and S.E., all from Lagos, were identified as a mechanical engineer and two small business owners with interests at the international level. All three admitted they were longtime friends.

In their homes the officers found and seized computers, mobile phones, SIM cards, several storage media, as well as a significant amount of bank documents linked to suspected criminal activity.

For the first time ever, Italian police and Nigerian EFCC have been working closely and without reservation in the fight against international cybercrime, sharing their knowledge on this phenomenon and making it possible to dismantle the Nigerian cell of a transnational criminal group operating in all the 5 continents.

“Long time ago we have stated that in order to be effective, fight against cybercrime must rely on public private partnership and international cooperation.
The success of the today’s operation is the result of a reliable, transparent and trustable cooperation between the Italian National Police and the Nigerian EFCC, whose professionalism and technical knowledge of cybercrime has made possible the arrest of the three kingpins of alarge-scale criminal organization.