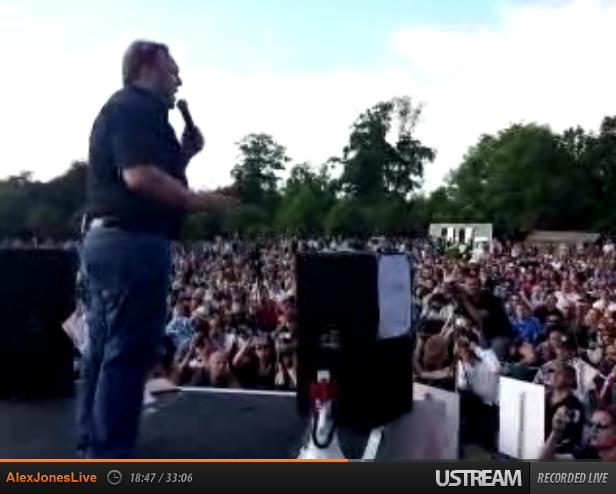 NewsRescue- It can be recalled just a few years ago, when only few of us NAM(non aligned media) published about the Bilderberg globalist organization, while all MSM pretended iit did not exist.

Today the MSM have been forced to admit that Bilderberg exists. More than that, thousands are coming together to protest against this elite “illuminati” NWO organization.

The Bilderberg fest in the UK, recorded below is a great show of the new intellectual human rising challenge to globalists. Alex Jones gives an electric must-listen speech. Filled with intellectual condensed material, including descriptions of how the “red carpet,” takes root from Greeco-Roman desires to walk on blood of slaves; to the King

of England being a Nazi, and how the EU and other policies today were Nazi policies, only taken back from Hitler when he “betrayed and decided to go it alone. Importantly he hammered on the programs of the “elite,” to exterminate
a great deal of the world population, destroying all values and infecting the people with cancer viruses, and fluoridated IQ reducing and disease causing water and other tools; ultimately for the so-called elite to merge with machine—a proclaimed desire Eric Schmidt, owner on Google is on record describing—and “rule” over us “weak-in-their-view” mere mortal “cockroaches:”