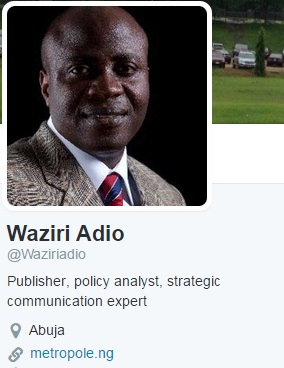 It is commonly assumed that General Muhammadu Buhari built most of the Petroleum Trust Fund, PTF roads in the nation’s north. This however has been proven false as policy analyst Waziri Adio detailed the costs and demonstrated that about 57% of the total funds was used for the South and 43% for the nation’s north. He explained the obvious, that the cost of building roads in the Tropical South, of course, reduced the road-return for Naira spent compared to the Arid north. Importantly too, the north is actually 79% of Nigeria’s land mass as the map above shows.

It appears Buhari is one of the most false accused and mis-presented great Nigerians. Read his tweets:

1. In a few minutes, I will start tweeting about the Petroleum Special Trust Fund (PTF) headed @ThisIsBuhari btw May ’95 and May ’99.

2. There have been allegations that the PTF projects were lopsided in favour of the north, aimed at portraying @ThisIsBuhari as sectional.

3. There have also been allegations of fraud in PTF, meant to show that @ThisIsBuhari not as clean as portrayed.

4. I will provide some background on PTF and present some facts based on public documents and leave you to draw your conclusions. 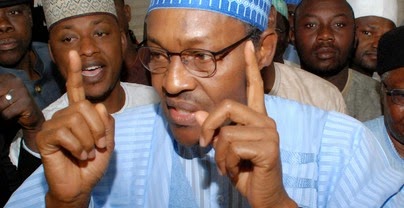 5. PTF was set up by Gen Abacha in May ’95, headed by @ThisIsBuhari, with Chief Tayo Akpata as Secretary.

8. Despite charges of being a parallel govt, at no point was PTF budget more than 10% of total budget of the federation.

33. However, anytime @ThisIsBuhari is planning to contest some people dredge up allegations of sectionalism and fraud in PTF.

12. But it is also true that the landmass varies among zones and same with degree of difficulty and cost.

13. A look at the cost of roads in different zones and the overall allocation to zones in all PTF projects show a different picture.

17. This shows that in terms of cost, the variation btw north and south reversed in favour of d south.

19. It may sound counter intuitive, but it is also an established fact that road construction costs more in the south than in the north.

20. Those circulating facts about kilometers of roads possibly also have information about cost of the roads and total allocation.

21. Possibly, they selectively chose the data set that will help their argument that @ThisIsBuhari is sectional.

22. Also, of the total N187b allocated to PTF, the south got more than the north.

27. On allegations of fraud in PTF under @ThisIsBuhari, it is important to bear a few things in mind.

28. OBJ set up two interim mgt committees on PTF, before eventually asking PTF to be wounded up.

31. Up till today, no one charged or prosecuted. In fact two of the founders of Afri-Project Consortium later served in OBJ’s govt.

32. Murtala Aliyu was minister of state for works, and Amina Mohammed served as SSA on the MDGs and is now an adviser to the UN Sec-Gen.

33. However, anytime @ThisIsBuhari is planning to contest some people dredge up allegations of sectionalism and fraud in PTF.

Credit goes to @waziriadio for finding out and tweeting these facts.