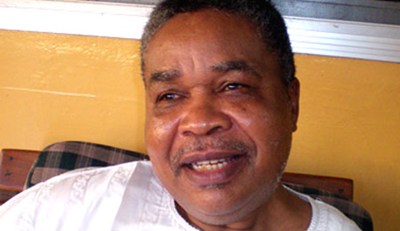 The Rivers Elders and Leaders Council led by a former national Director-General of the State Security Service, SSS, Chief Albert Horsfall, has slammed pro-Biafra agitators and distanced the State and its people from the agitation.

Speaking on behalf of  Rivers Elders and Leaders Council,its Chairman, Chief Albert Horsfall,former Director-General of State Security Service, SSS,said Elders of the  State are disturbed over the recent  resurgence of Biafra agitation  and the entrapping of  the peace loving people of Rivers state.

He said Rivers Elders  noted those with Biafra “sentiments have chosen to transport trailer and bus loads of demonstrators from neighbouring states into Port Harcourt. To say the least, this amounts to the display of bad political fate across our neighbouring borders.

“The attempt by these elements to focus on Port Harcourt for their political rascality is totally unacceptable and is hereby condemned by Rivers Elders and Leaders Council.

Rivers Elders pointed out “The action so far taken by the Biafra protesters in Port Harcourt is highly provocative to all genuine sons and daughters of Rivers state who have so far restrained themselves from confronting the demonstrators in Port Harcourt.”

They claimed that “the choice of Port Harcourt may be a deliberate ploy to make Port Harcourt the battle ground for any fracas that may follow their rascality. We reject these moves in its entirety and hereby repeat our warnings of those concerned to desist forthwith.”

They emphatically asserted that “Rivers iState people are not Biafrans and had never been and will never be.”

“RELEC  supports the warning issued by the Governor Nyesom Wike on behalf of the state government banning Pro Biafra protest on in the state.

“RELEC called on “all elders and leaders of the states from which these youths have been pouring into Port Harcourt for this unwelcome and unwholesome political rascality to call their youths to order and forbid them forever staging further demonstrations and protest in Port Harcourt and other parts of Rivers state.”

“RELEC observes that the good neighbourly relationship which has always existed between Rivers people and its neighbours had been cordial and mutually beneficial relationship to continue to exist and therefore seek that those responsible for the protest put an immediate halt to these unfriendly activities forthwith.”