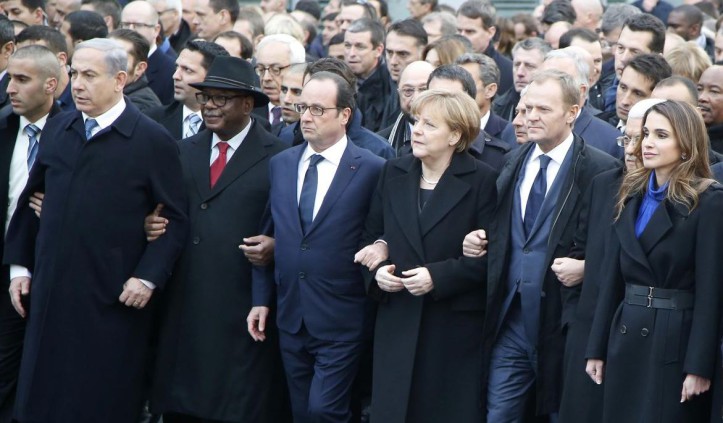 One of the most deadliest terrorists attacks occurred in Baghdad where more than 200 mostly Shia Muslims on Eid shopping were massacred! The murderous Wahhabi ISIS terrorist group claimed responsibility.

Such hypocrisy and double-standard in grading the worth-ness of human lives is embedded in Western civilization whose root should be traced to the racist nature of that civilization. And it is this racist nature of Western civilization that make these arrogant Western powers interfere in the affairs of other countries by imposing puppet leaders on them to facilitate the plunder of those countries resources and imposing Western values and standards on those countries.

It is also the embedded racism in Western civilization that inspired Western powers to commit genocides, massacres and mass-murders on indigenous populations and steal their lands after wiping out such populations. Palestine is the last remaining of such cases today.

It is important to note that Western imperialism categorized humanity into first-, second- and third- world and the value of human lives are graded as such. Africans, Asians and South Americans lives are “inferior” to the lives of Western Europeans and this is the main reason why these hegemonic powers kill and waste the lives of such natons at will. The Eastern Europeans are the second-rated categories, they are not rich enough to occupy the same position as their Western European neighbours.

The saddest thing of all is that these arrogant Western powers have arrogated to themselves the custodians of humanity, its leaders and the “international community”. And there exist gullible people in the so-called third-world countries that acknowledged this superiority complex of these arrogant imperialists and considered them as ” models” worthy of emulation.