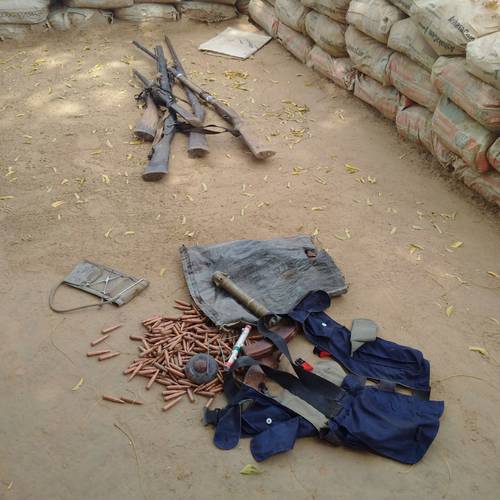 The troops based on tip off, conducted a clearance operation around Alagarno forest general area, destroying terrorists camps at Mosa, Ariwuzumari and Kagalmari, as well as Missene, Joba, Yajiwa and Sansan.

During the operations, the troops were able to clear all the camps, killing quite a number of terrorists and recovered Boko Haram terrorists flags hoisted on some premises, destroyed their logistics base and recovered 31 motorcycles, assorted foodstuffs, a donkey and a pick up van, AK-45 rifle with registration number 17714 and a Dane gun.

Other items recovered include 2 boxes of 7.62mm ammunition, 4 loaded magazines of AK-47 rifles and 2 magazines pack.