In a scandal on the secret recruitment of relatives of the current and past administrators’ relatives, the federal Character Commission has denied CBN’s claim that it for a waiver to make the special recruitment this 2015.

The commission said the last time it gave the CBN a waiver was in 2015 and that it had written the CBN to defend itself in two weeks.

Atiku Abubakar’s daughter, President Muhammadu Buhari’s nephew, Minister of State for Petroleum Resources, Ibe Kachikwu’s son, former Speaker of the House of Representatives, Ghali Na’aba’s daughter, Police Chief Solomon Arase’s daughter, Minister of the Interior, Danbazzau’s son and other top politicians’ relatives were recruited in a 900-long scam that violated Commission policies of at least two ads in newspapers and at least a six week period for Nigerians to aply for any vacancies.

The scandal has seriously embarrassed the Buhari “anti-corruption” government since SaharaReporters exposed it recently. 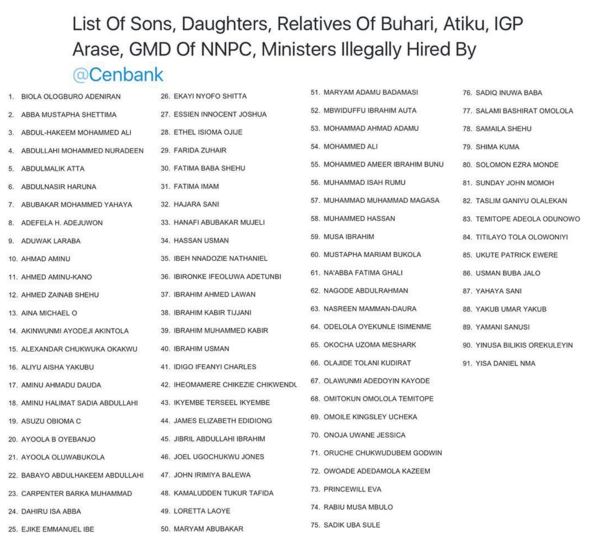 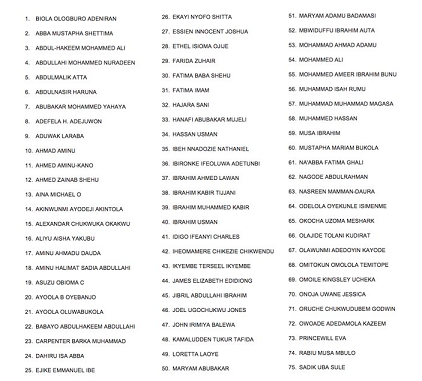