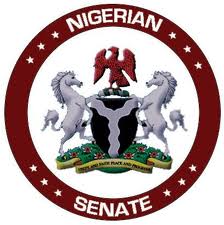 ABUJA—THE Senate yesterday said it never did anything new to the 1999 constitution, following its failure to expunge section 29(4)(b), noting that the Senator Ike Ekweremadu-led Review Committee had recommended it for deletion on the premise that it was discriminatory.

This came as the Christian Association of Nigeria, CAN, expressed concern about the passage by the Senate.

This is even as human rights activitsts, Mrs. Marian Uwais, said Yerima’s ideas were not in the Sharia, wondering where he got them from.

Against the backdrop of criticisms that had continued to trail its alleged support for underage marriage during last week’s consideration of the report, Chairman of the Committee and Deputy Senate President, Ike Ekweremadu, however, appealed to the public not to crucify the lawmakers, saying the public view was completely different from its position on the matter.

Addressing journalists, Senator Ekweremadu noted that since constitution review was continual, the controversial clause 29(4)(b) in the extant law would be revisited, but remained silent on when it will be done.

The explanation of the upper legislative chamber came just as women group, under the aegis of National Council for Women Society, signified its readiness to storm the National Assembly today to protest last Wednesday’s action of the lawmakers.“We have no bill to approve early marriage. We are not sponsoring any bill against Islam. This particular provision has been in our constitution since 1979. Ours was an attempt to remove that aspect so that men and women would have equal footing regarding the issue of renunciation of citizenship. And we will never support early marriage.”However, the Christian Association of Nigeria, CAN, expressed concern about the passage by the Senate, saying it amounted to legalisation of sexual abuse of underage girls.It also criticised Senator Ahmed Yerima from Zamfara State over his comments, and noted that he was trying to cover up his case of marrying an Egyptian minor.President of CAN, Pastor Ayo Oritsejafor, who was irked by Yerima’s statement, found his argument offensive as it presupposed that Nigeria, a secular state, was populated only by Muslims.

Oritsejafor in a statement by his Special Assistant, Media and Public Affairs, Kenny Ashaka, noted: “Yerima is again, advertently stirring up another controversy about the supremacy of Islamic Law to the Nigerian constitution after the one he raised, when he introduced Sharia, the Islamic Legal code, in Zamfara State.

“I think the problem is that people like Senator Yerima are approaching Qur’anic teachings from extremes and disturbing the balance. It makes me wonder the source of their emotions and thoughts that nurture them.

“As a senator whose case of marrying a 13-year-old Egyptian girl is still fresh in the memory of Nigerians, Yerima should only be seen and not heard in matters of this nature. If now he is commenting on a case in which he has interest, it can only mean the action of a man frenziedly trying to get himself out of the hook through some undeserved legislation.”

The US State Department’s 2012 report on human rights also complained that Nigerian authorities did nothing to prosecute Yerima, a foreign news agency, has said.

In a public outcry at the time, activists demanded that prosecutors investigate and Yerima be forced out of parliament.

The report said the National Agency for the Prohibition of Trafficking in Persons, NAPTIP, questioned Yerima but said it lacked evidence to charge him. It said Yerima had paid $100,000 for the young bride, the daughter of his Egyptian driver.

Also, lawyer and human rights activist, Mrs. Maryam Uwais, has faulted Yerima on marital age for Muslim girls in Nigeria, saying his ideas were not in the Sharia.

Uwais said there was no unanimity on social interaction within Islamic jurists or the various schools of thought.

She said: “Surely where there is ‘silence in the texts’ (i.e primary sources) or lack of unanimity as regards a particular practice, that opening allows for a society to determine for itself what is in its best interest (maslaha), in its own context.”