WHAT IS ISLAM AND WHO IS A MUSLIM?

WHAT ARE OUR RESPONSIBILITIES AS MUSLIMS?

PEOPLE ARE CATEGORIZED INTO THREE, WHERE DO YOU BELONG?

N0 3: “traditionally, when there is a call to the right path, people are categorized into three. The minority are those who are behind the call, who believe and face all the trials and tribulations. The second part are the majority who are neutral, to see who will triumph and follow him. They are with the authorities always. If peoples of religion triumph, they will come and show their support and even expressed that; they are with you primarily, they know you are on the right path. Even when you see them isolated themselves, they didn’t come to join the struggle, but still they are with you on their minds, is only their body not with the struggle. If the oppressors anihilate you, by bringing an end to the call, that’s the time they will show their real color, by saying; “we are just in peace, now you are calling people to go back to the teachings of religion, it’s just sign of creating chaos, see what it resulted to.” This happened between Pharoah and prophet Moses (as). Majority followed Pharoah while few followed Moses and face all the tribulations. And another majority says; “if Musa makes victory, they are with him, but if vice versa they are with Pharoah.” They side with the one in authority always. That was what happened during life-time of Prophet Muhammad (saww). Initially, minorities stay with Prophet Muhammad (p.b.u.h) face the trials, the majorities are neutral. After the entire struggle, the message prevailed, then everyone comes and says now they are with the call. This is a victory for you to see it, but while if almighty Allah takes your life (as a neutral) you didn’t see the victory of the religious? What would you tell almighty Allah? Can you tell him that; you knew they were with the truth, but you didn’t help them, and now you have died? In brief, it’s just an individual choice, is either to come and join the struggle, or to be neutral, this is your personal choice. But one thing which is precisely, victory of religious people is inevitable by God’s willing, and we seek Allah’s intervention.”

No 4: “we are in a unity week, this is the point where Muslims divided into two, and now we want to be united, lets expressed a message that will be comprehensable to everyone. Prophet Muhammad is the last messenger of almighty Allah; no prophet will come after him, but we divided into two about allegiance after Prophet Muhammad (p.b.u.h&hf). Some said; when this prophet is about to demise he said nothing, he kept mute to his Ummah about who will be his successor. In this case, Ahlus Sunnah narrated that; people gathered and choose prophet’s successor. But if you ask them; was the successor chosen by Prophet Muhammad? What will they answer? No! It was not Prophet Muhammad’s concern, he departed without saying anything on that (who will be his successor), they (Ummah) choose his successor after an advise. While the Shi’a said; we have no problem knowing the (Prophet successor).

Our Prophet narrated to us that after him we should follow Ali. His successor will continue with his teachings like he does. Since we are in unity week, and there are some points that we misunderstood. This first part said; prophet demise said nothing, the second part says; no, the prophet leave his successor before his demise, the prophet said; “certainly I will leave a rope that if you hold you will not go astray until you meet me in the pond of ‘Kauthar’, the Qur’an and my progenies (my successors).” The second part have leader, while the other part struggling to choose a leader to follow him. Now we are in unity week, and we want to be united, with the one which have leader from Allah, and the one with no leader. We have only one leader and they have thousands, and we want to be united, let’s come together and live peacefully, follow your leaders, let me follow mine, but what is our name? Muslims (Prophet Muhammad (p.b.u.h) followers). Anytime you preferred to follow my leader, feel free to do, primarily he is your leader, you ignore it.” 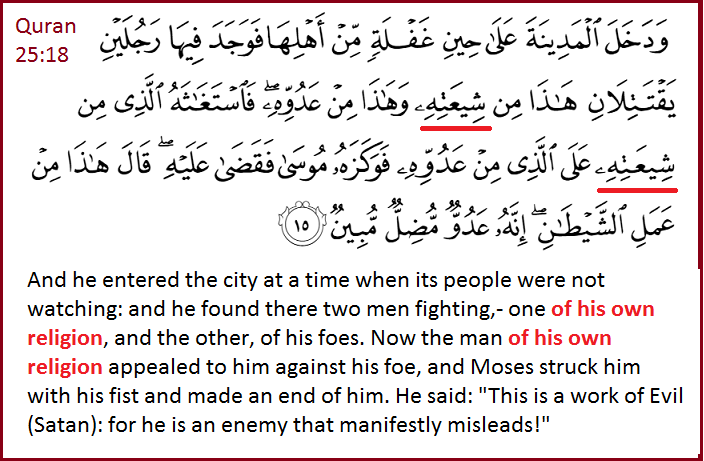