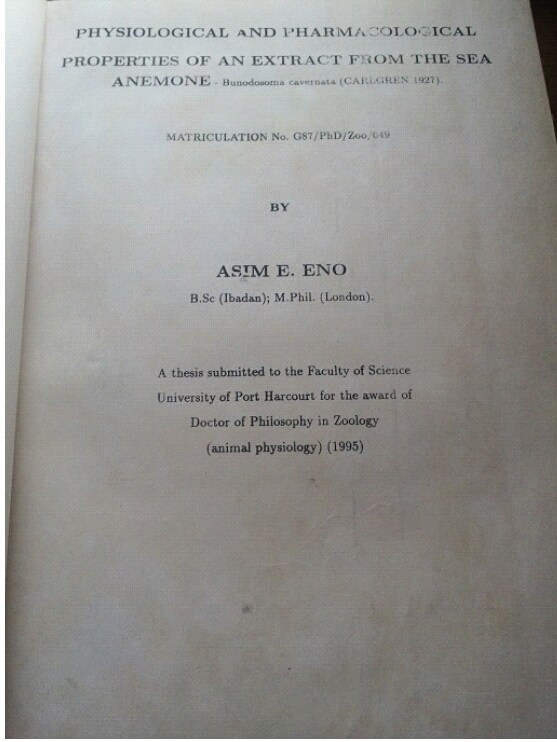 As the 14 February, 2015 date for the presidential
elections draws closer, supporters and critics of the
country’s two major parties, the People’s Democratic
Party (PDP) and the All Progressives Congress (APC) have
been at loggerheads over the candidates of their
respective parties.

In December, it crystallized into a debate over the
academic credentials of both candidates, especially those
of President Goodluck Ebele Jonathan.

The president’s profile on the State House website reads
thus: “He graduated with Second Class Upper honours in
1981. In 1985 and 1995 he studied for his Master’s and
Ph.D degrees in Hydrobiology and Fisheries Biology, and
Zoology respectively, from the same University.”

This gave him the status of being Nigeria’s most educated
President ever. This was until the masses inspired by the
increasing influence of social media and improved citizens
participation in governance, began to ask questions.

Some began to ask, for a president with issues of
eloquence and clarity of thought according to his critics,
where was the evidence of his doctorate degree? For one
whose campaign team has asked the Independent National
Electoral Commission (INEC) to disqualify his main challenger over the same issue of academic qualifications,
wasn’t this being a proverbial case of removing the speck
in another’s eyes when a log is embedded in the
accuser’s?

It caused so much of a storm; we went in search of the
president’s thesis.

Mrs. Victoria Boyo was Head of Department (HOD) of
Home Economics at the time when Dr. Jonathan was a
lecturer at the Rivers State University of Education
confirmed that he was a colleague then. “He was one of
those very quiet people who couldn’t hurt a fly,” she
recalls. “He hardly participated in even campus politics but
as far as his qualifications are concerned, I don’t know
anything.”

At the departmental library of the Department of Zoology
(now Animal & Environmental Biology), a dedicated two-
hour search by two volunteers combing through the
shelves, yielded nothing.

The resident librarian, who joined the departmental staff in
2006 says she got to the task of arranging the projects,
dissertations and theses of past students at the
undergraduate, postgraduate and doctoral levels as soon
as she arrived. “I never once came across the president’s
doctoral thesis,” she said, on condition of anonymity.

The catalog in the library was no help as it lists only
theses submitted from 2007.

The entire department moved to its present location on
third floor of the four-storey building that houses the
entire College of Sciences in 1993 from the old Choba
Park campus that at present still has the Faculty of
Education. While it is possible that many copies of such
documents were misplaced in the relocation, Jonathan’s
could not have been among the affected ones, as he
supposedly submitted it two years later, in 1995.

Another member of staff who wouldn’t want her name in
print, mentioned that during an accreditation exercise and
inspection tour of the school as recently as 2014, officials
of the National Universities’ Commission (NUC) asked to
be shown the departmental library. While inside, they
asked to see the thesis of Jonathan, the department’s
most prominent export ever, but it was unavailable. At the
time, she says, a new HOD had just been appointed who
claimed not to know the status of the missing document,
leaving the NUC officials bewildered.

Interestingly, Jonathan’s Master’s dissertation obtained in
1986 in Hydro-Biology and Fisheries Biology specialization
in the same course (Zoology), was also nowhere to be
found – even though there are some that date back as far
as 1981.

Roseline Konya, professor of pharmacology and
toxicology, and one-time Commissioner for Environment
under the administration is currently the Dean of Graduate
Studies at the university. Back in 1995, she supervised
one Asim E. Eno. By virtue of the time of submission, Konya could have also supervised the President if he was
a doctorate student then. Attempts to reach her proved
abortive as she was “not on seat” when this reporter
visited. Mails to her have been unreplied.

“Who you wan put for trouble,” someone in her office said
after offering her email address, while refusing to give up
her mobile number. “She will never reply you on this
matter.”

Below are pictures from the thesis of one Asim E. Eno
who also submitted a thesis in 1995, the same year
Jonathan supposedly did his too.

The current Head of Department for Animal &
Environmental Biology, Professor Florence Nduka, also
could not be reached for comments as at the time of
publishing this report as she was also “not on seat”.
An official enquiry submitted to the school administration
has not been replied.

An extensive search online revealed a conference paper,
“Identification of West African Estuarine Shrimp and Crab
Larvae” which was co-written by Jonathan, G.E. with
Powell, C.B. and Hart, A.I. (1985) on Aquatic Commons,
the directory for publications on natural marine, estuarine,
brackish and fresh water environments. At this time, the
president was still a lowly lecturer in the Department of
Biology at the Rivers State College of Education.

In the aforementioned 1985 paper, Jonathan self-
references a publication which is in all likelihood, his
Master’s dissertation. Titled “Stage 1 larvae of fresh and
brackish water decapod crustaceans (excluding Natantlal)
of the Niger Delta”, it is however dated 1984, two years
earlier than the quoted date which is present in all his
official profiles and bios. Further search on Aquatic
Commons for the PhD thesis turned up no results whatsoever for the year 1995.

There were a few other conference papers online in the
Web of Science journal under the name “G.E. Jonathan”.
While it was not possible to determine accurately the

identity of the author, they were published in 2003, 2006
and 2010 which would make him (if he were the one) a
multitasker and intellectual of the highest order, combining
the challenges of governance with the rigours of academic
research.

No single academic journal has an online record of his
research from 1985 – 1995 when Jonathan should have
been very active as an academic scholar, which is why the
renewed activity between 2003-2010 when he was in active
politics, seems suspect.

“The first person listed is usually the author of the
publication and other names are usually those of scholars
or senior colleagues in the field, to give the paper weight
and attract favourable reviews”, explained the Librarian.
”It is very possible that he did not author those papers.”