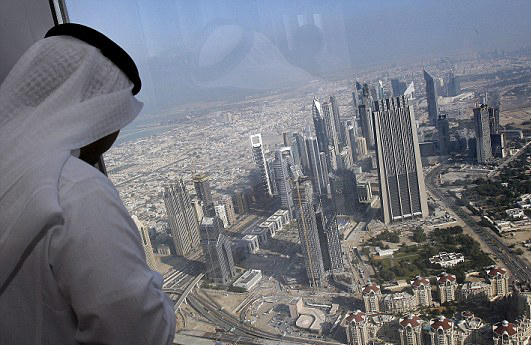 “The Hour will not be established-till the people of the desert (the camel shepherds) compete with one another in constructing high buildings.” –Prophet Muhammad (peace be upon him) on the minor signs of the last day.

On being asked on the signs of the last day, the Prophet (peace be upon him) mentions: “You shall see the barefoot, naked, penniless shepherds competing in constructing high buildings.” This hadith describes people who become rich all of a sudden and then build not for need but only in competition.

The Gulf Arab States, enjoying the proceeds of record-high oil prices, are rushing to build the tallest tower in world, reports Kuwait Times.

As reported by MEED (Middle East Economic Digest), Saudi Arabia has been the latest among the Gulf States to join the race, with a plan to build a 1600m tower in the Red Sea City of Jeddah. The project, which is expected to surpass the super-tall skyscrapers in the neighboring Dubai and Kuwait, confirms that the competition is on, to build the world’s tallest tower in the Gulf region.

1. Skeptics deem prophecies about increase in wars, disasters and immorality as being too ”vague” to be taken seriously, and therefore not enough to identify someone as a true prophet foretelling the future.However, there are other prophecies that accurately describe events and life in our modern world. One such prophecy that stands out is the one made by Mohammad foretelling that the desert dwelling Arabs – once simple sheep and camel herders living in tents – would be competing in the construction of tall buildings. Today we have what we call ”skyscrapers”, located not just in developed Western cities in North America, but even in Arab lands, places that are once mostly dry and barren with people living in simple houses and tents.

2A. The morality of these lavish displays of wealth are besides the point and out of the scope of this thread. Observant Muslims understand that lavish displays of wealth and extravagance are against Islamic principles. Mohammad knew that 1400 years from his time, desert dwelling Arabs – who according to Islam were to shun extravagance – would be competing in the construction of tall buildings!In fact, it is only within the last 3 decades or so, that skyscrapers and highrise buildings filled the skylines of major Arab cities. The key word here is ”compete”, which in the given context suggests constructions for the sake of status and prestige, as opposed to addressing practical needs. To my surprise, I recently learned that there IS such a thing called a ”skyscraper competition”! 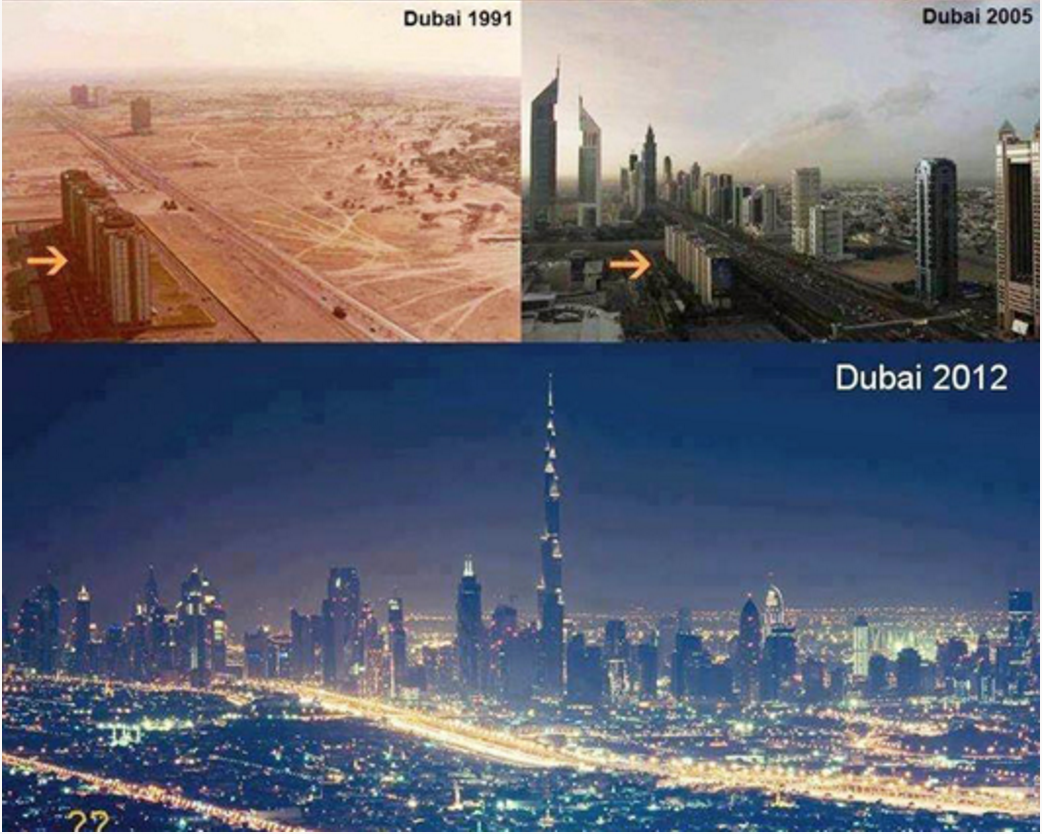 2B. Whats really interesting is that Saudi Arabia has announced plans to construct a gigantic 1 kilometer tall tower, that would be called The Kingdom Tower

Kingdom Tower (Arabic: برج المملكة‎‎ Burj al Mamlakah), previously known as Mile-High Tower, (Arabic: برج الميل‎‎), is a skyscraper currently under construction in Jeddah, Saudi Arabia……. that will be located along the Red Sea on the north side of Jeddah. If completed as planned, the tower will reach unprecedented heights, becoming the tallest building in the world, as well as the first structure to reach the one-kilometre-high mark.

The recent announcement of the tower has provoked widespread and highly divided reaction throughout the media. Those who support the project see it as an investment that, although visionary, will have positive social and economic effects on the area as well as the country in the long term, while others see it as nothing more than the result of self-centered and attention seeking competition between oil-rich gulf nationsText that will serve no purpose other than as a white elephant, costing more and generating less than expected, if it even gets built.

Detailed rendering of Kingdom Tower cut out to show floors

by Sk0rpi0n on Above Top Secret