Why Blacks And Muslims Should Hope For Trump Or The Bern 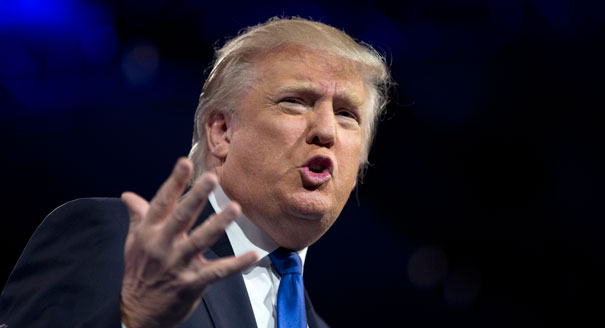 They say, insanity is repeating the same thing over and expecting a different result. If anyone should have given up completely on the establishment, it is Blacks and Muslims. The situation for Blacks in America has deteriorated so much the Black Lives Matter campaign had to come into being. To think that a socio-demographic group had to state in this century that they are human, speaks volumes.

And one only has to look at the pathetic efflux of Muslims from the Arab world they have called home for millennia, to recognize how and why the establishment does not like Muslims or, and maybe as Trump says, Muslims do not like the establishment. U.S. policies in the Arab world have been a total failure. There is no mincing words. There has to be serious change. It is time to confront the truth. Time for tough love. The world cannot risk having more of the same establishment that has put the world on a precipice.

Take a look at the Middle East or what is left of it. Take a look at terror plagued North and West Africa. The Muslim world is a mess or a sh*t show as President Obama referred to the Libya situation, and this is the result of two eight year cycles of typical establishment Republican and Democratic leaders. The mess that Libya is and threat to Africa and the entire world as ISIS quietly builds perhaps its worst nest there in the absence of global and establishment-US action lays it bare. The architect of the Libya mess is US policies of the Obama-Hillary era. Their treacherous decision to sack regional and world stabilizing Gaddafi, in spite of better advice from most of us, and replace him with the world’s worst extremists, have irreversibly destroyed Africa’s most wealthy and promising nation and turned it into a terror bastion. The same stupid choices Bush made in Iraq before them. Can Muslims and Blacks possibly ask for more of the same?

Carly Fiorina- I agree! Ted Cruz is just another politician. All talk- no action!pic.twitter.com/08xkEBD8Be

16 years of US policies have destroyed the Muslim world and life for Blacks in America. It is time for real change. It is time to try a revolution and certainly to divorce the establishment. No surprise the establishment is fighting back hard; holding secret meetings and making cowardly plans to sabotage the choices of the people.

Pain and poverty are the reality of Blacks and Muslims. The average household net worth of Blacks in America has crashed over the last decade-plus to less than $5000. Blacks in America have been worst hit by the failures of successive governments. The role of Blacks in America has been diminished to the provision of free labour in industrial prisons in the world’s largest prison system, protected and run by the establishment and their candidates. It would be a shame for Blacks to vote for more of the same.

And as the Arab world vitiates, someone has to speak the truth and hold Gulf states to account. The establishment policy of supporting the inebriated Arab monarchs whose fanatic sectarian and geopolitical billion-dollar sponsored global misadventures are responsible for the terror and wars that have spread across the Muslim world must finally come to an end.

America needs a rebirth that focuses on rebuilding itself and providing hope and opportunity for its less privileged as against a policy that focuses on recklessly exploiting and tearing apart the world for establishment corporate interests. This is why Blacks and Muslims must support candidates like Trump and Bernie Sanders who have promised to focus on America and stop interfering with and supporting lunatic Gulf State regimes and meddling in Mideast politics.

This “Change” Is Killing Us: Open Letter ...