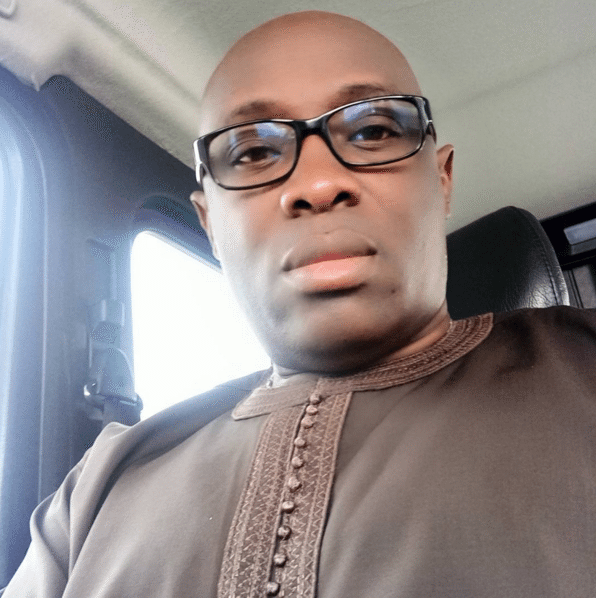 ‘Self denial is a self destruction’ so would some people say and that is why the famous FUJI artiste, Dr. Adewale Ayuba boldly told the tale of how he became Christian without been forced or preached to.

The Fuji master proclaimed openly before the congregation of the Redeem Christian Church of God (RCCG), in a testimony, that the acceptance of Jesus Christ has became source of blessing to Adewale Ayuba . This was according to a video clips posted on facebook by the RCCG City of David.

“I will say this; from last week now have been feeling somehow, I realized that the holy spirit is telling me to go out and give testimony to people I can reach” he said at the beginning of his testimony.

Ayuba, who was from a Muslim background, disclosed that he became a redeemed Christian in 2010 after he had lived with fear of been hated and neglected by his fans whom were all Muslims.

“I became a born-again Christian in 2010, before this I had a lot of Alfas when I was still practicing Muslim they come to my house and pray for me, at the end of the day maybe after 2hrs of hot prayer immediately they are leaving my home I will go upstairs and carry my bible as if the prayer they prayed God will not answer it, I will pick the bible to sanctify the prayer.

“But I was scared because I thought if I turn around to come out that I’m a Christian I may get killed because I have been to hajj, people believe I’m a Muslim but in me I’m not a Muslim I knew but because of the gen of music I chose to do (FUJI) the orientation of it was from Muslim background so I thought if I say I’m a Christian I’m not going to be for decades but then something kept telling me ‘Wale! I choose you I gave you your talent, I’m the only one who can hid you from been fulfilled’.

“One day I called the Alfas and told them that we serve the same God; Anabi Isa is Jesus Christ, Abraham is Ibrahim, Moses is Musa; I’m choosing Moses and I’m choosing Jesus Christ and. “The Head of the Alfas asked me ‘but you gave all your children Muslim names what are you going to do about that?’ I said that is what I want. “I told him I was not supposed to tell you but all my children have been going to church and I support them, I’m the only one in this house that is still practicing Muslim, even at that I go to church every 31st of December; if I don’t go to church it’s like I’m going to die that year.

“But from 2010 I don’t know what is happening; it’s like God opened doors of blessing”.

Testifying further, he said “The one that really surprised me happened three days ago, I go a loan from one bank and when I was here for December 31 I told my God I want to make the payment before the end of January; I made the payment last week. I thank God for his mercy”.

He rounded off the testimony with a worship song in his FUJI tone.

Adewale Ayuba met his wife, Azukaego Kwentoh, who is from a Christian family, at a cafeteria in Queens Borough Community College where he studied and they got married in 1989. Azukaego Kwentoh is from Onitsha-Oke, Anambra State, southeastern Nigeria.

Ayuba, born May 6, 1966 in Ikenne Remo,Ogun State, began singing as a child. His father was an amateur singer but reinforced the value of education, making his son agree to focus on his education during the week and allowing him to practice his music on Saturday.

Since signing his first record deal in the 1980s, he has released 15 albums in Nigeria and four internationally.
Though fuji has being in existence long before he started singing, Adewale Ayuba brought into the embrace of the elites in Nigeria, the ignored genre.