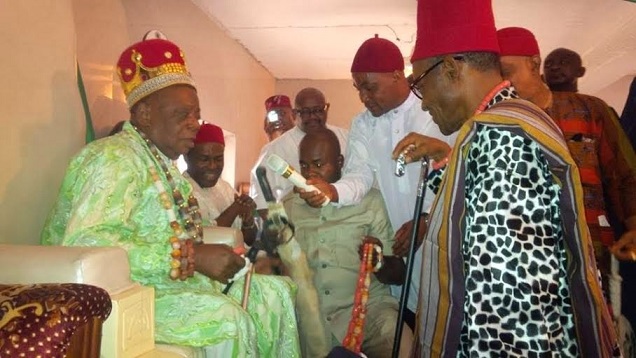 A recent report that succeeded in debunking the false narrative of Whites being more intelligent or academically proficient than Blacks, further identified the Igbo Nigerian race as outliers, demonstrably surpassing the Asian–best of the Caucasian race. The report provokes serious thought.

The United States DV lottery is not a charity as we sometimes wrongly assume. The program gives America the opportunity to select from the extraordinary human gene pool to ultimately catapult the advancement of the country.

It is no surprise therefore that New York, California, L.A. and London with their wide variety of races are primary sources of innovation today. California’s Silicon Valley and the San Francisco Bay were the birth places of Google, Apple, Facebook, Twitter and thousands of other world renowned companies. Tim Cook said, “Diversity is critical to innovation and it is essential to Apple’s future.”

There are two things to note: firstly in all races are unique skills and secondly, neglect to harness the unique skills of peoples to your detriment.

Apart from corruption or perhaps as an additional detriment, African states fail to properly exploit the number one resource on God’s earth: the diverse human potential. As the nation’s are led by intellectual ‘bricklayers’ who at best only know how to mix and plaster, that essential resource that leads to competitive development is totally lost. I am not sure that in the plan for Nigeria today there is an agency tasked with instituting optimized development of the human resource by unique features: region, ethnicity, selective capacity and related distinctive opportunities.

While there may not necessarily be a genetic component to increased innovation of certain races or sub races, with a recent study finding 99.9% genetic identicality between Yorubas and Igbos for instance, nature and nurture have their way of fashioning and sharpening human skills.

Can we deny that most innovation in Nigeria comes out of the tiny land mass occupied by the Igbo ethnic group? Can we deny the Aba industrial complex? Can we ignore the fact that so many finished products and industrial semi finished materials have managed to emanate from the East over the years? That while Nigeria prides itself with not being able to make toothpicks, Aba manufactures firearms? That the Igbos have been the bedrock of economical activity across the states?

And all this the region with its members does/do without government encouragement and against all odds.

Late Sardauna rather infamously identified the unique Igbo ability to advance and dominate wherever they adventure. While the Sardauna as Provincial head correctly, I dare say, identified this attribute as a risk to his region which he was responsible for in the then regional Nigeria setup (note: Nigeria was operating true Federalism at the time with distinct self identifying and serving regions), today as a de-regionalised single entity, Nigeria must harvest the skills of these peoples or let them go.

The Igbo is not only industrial but entrepreneurial. He is like the Western Jew. Now while other ethnic groups too also harbor similar and variable unique skills, one can imagine the outcome had the Western world not only ignored their Einsteins but frustrated them and pushed them into social rebellion and crime. Not only would they have lost decades of advancement but they would have suffered enduring regression from the easy transfer of intelligence and unusual skills to socially destructive applications. Your geniuses are some of your best resources or your greatest liabilities depending on how you utilize them.

Building a cohesive society and harnessing all the available human potential is the most important and critical measure towards fixing and then advancing a nation. More important than building infrastructure and providing amenities. Perhaps so important that Nigeria needs new ministries tailored towards advancing human capital… a Ministry of Human Resource Development as multicultural India has.

In my opinion, it is time to unleash the unique potential of the Igbo race or let them go.