Former militant and leader of the Niger Delta Peoples Volunteer Force (NDPVF), Mujahid Asari-Dokubo, on Sunday declared that President Goodluck Jonathan’s presidential ambition in 2015 was already settled, as his Niger Delta compatriots would not succumb to any force opposed to its full actualization.

There would be blood in the streets if Mr. Jonathan is not reelected president in the 2015 election, the militant leader threatened.

Mr. Asari-Dokubo, who was a guest on a Channels Television programme, Politics Today, monitored in Abuja, said he would register as a full member of the ruling Peoples Democratic Party (PDP) to enable him join in the fight to realize the president’s re-election bid.

“My support for Jonathan will be biased, because charity begins at home. Monkey no fine, but im mama like am. Goodluck, na my person. 2015 is already a settled matter. Goodluck Jonathan would be President in 2015. 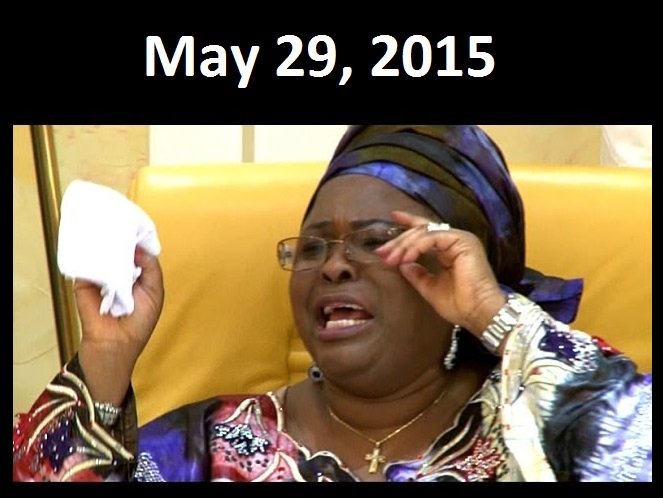 Insisting there was no crisis in the PDP in the wake of the walkout during the recent National Convention by some aggrieved members, led by former Vice President Atiku Abubakar, and seven governors, Mr. Asari-Dokubo said the exit of seven out of 23 governors elected on PDP ticket was not enough to cause any crisis.

On the role of two former Presidents, Ibrahim Babangida and Olusegun Obasanjo, who are working towards an amicable resolution of the crisis, Asari-Dokubo described the duo, who are also members of the Board of Trustees (BOT) of the PDP, as “agents provocateur”, who are fueling the crisis by declaring that they do not want Jonathan to run in the 2015 elections.

He accused Messrs Babangida and Obasanjo of secretly encouraging the Jigawa state governor, Sule Lamido to run for President, with Rivers state governor, Chubuike Amaechi as his deputy, adding that at one recent public function, Mr. Babangida had said that Mr. Amaechi and the Speaker of the House of Representatives, Aminu Tambuwal, were good to run for higher offices come 2015.

He described the Rivers state governor as “a traitor to the collective aspirations of the people of Rivers State,” saying whatever situation the governor is facing he deserved it, as there was no better way a traitor could be treated by Rivers people.

On the intervention of the National Assembly in the crisis in the Rivers State House of Assembly, the militant leader criticized the decision to take over the legislative functions of the Assembly, saying the lawmaker lacked the moral high ground to have done so, since they were unable to take a similar action when they were embroiled in corruption charges a few years ago.

Mr. Asari-Dokubo, who claimed he was a card-carrying member and major financial of the defunct Action Congress of Nigeria (ACN) until December 27, 2010, said he would be joining the PDP to enable him join in fighting for President Jonathan’s candidacy from  the inside.

Ruling out any possibility of running for any office in 2015, he said his focus for now was on getting the Mr. Jonathan’s reelection project delivered.

“I will declare for the PDP. We will fight, because in this battle, there is no retreat, no surrender. We will not take any prisoner of war. It will be total battle,” he said.