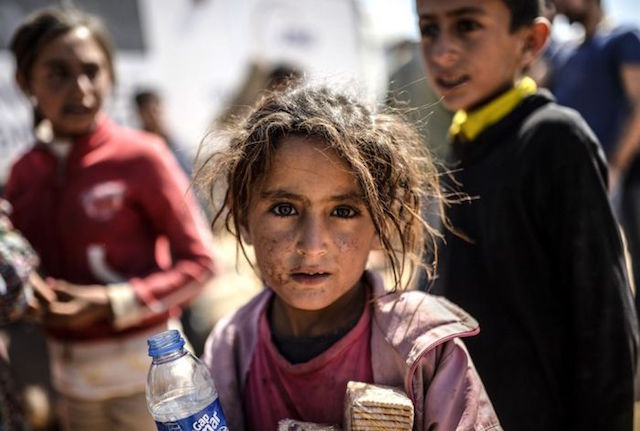 Just like every Ramadan, the Ramadan of Gregorian 2017 – Hijri 1438 will be an opportunity for Muslims to strengthen their bonds of brotherhood. Families, neighbors, friends and relatives will come together for Ramadan dinners (iftar), tarawih prayers and suhoors and remember God, and will enjoy a spiritual environment of brotherly friendship. However, this Ramadan will also be remembered as a dark period, where brother killed brother and innocent people were bombed.

Today, nine out of ten Muslims who die in a war zone are martyred by another Muslim’s bullet or lose their lives to a bomb of a Muslim. Muslims are the most affected group of people from the civil wars, power struggles and terrorist attacks. On top of that, this situation has been getting worse and worse for the last 10 Ramadans. Unless immediate precautions are taken, we will continue to see this kind of suffering in the near future, too, may God forbid.

If we examine Muslim countries as a whole, this truth becomes much clearer. For example, this Ramadan, Shiite and Sunni Muslims in Yemen will fight against their friends, neighbors and acquaintances, with whom they used to pray and fast together. Sunni and Shiite Muslims in Baghdad, Mosul and Karbala, who were living in peace and friendship until a short while ago, will have their iftars and suhoors apart from each other, and even worse, as enemies.

In fear for their lives, Muslims in Nigeria and Afghanistan will probably spend their Ramadan in their homes and only with their close relatives. They won’t be able to pour into streets filled with enthusiasm for Ramadan; on the contrary, they will have to spend this blessed month behind closed doors.

In the Rakhine State of Myanmar, the Central African Republic, Somalia, Sudan and Chad, the Muslims will spend one more Ramadan without a moment of peace.

And words will fail to even describe what happens in Syria and Libya in this Ramadan. Many of our Muslim brothers in these countries won’t have any food, or even water for iftar or suhoor. They will have to wait for the arrival of aid trucks to break their fast. Their prayers will be interrupted by the sounds of gunfire, the mosques where they performed their prayers the day before will be in ruins the day after.

This Ramadan, refugees will again risk their lives as they flee Syria, Afghanistan, Libya and Iraq. While running away from certain death in their countries, they will lose their lives on the way or in the sea. The refugees in camps in Jordan and Lebanon will only strive to survive and fast with the international aid they will receive.

In Turkey, which undertook the heaviest responsibility for the Syrian refugees, even though the non-governmental organizations are mobilized and doing everything they can to help refugees spend Ramadan in the best way possible, it is impossible to say that the efforts are nearly enough.

Millions of Muslims are still waiting for help from their brothers in the countries they took refuge in leaving their families, relatives, friends, schools and assets behind. However, the Muslim brotherhood seems to be forgotten amongst the daily political agendas and the fight for interests. The fact is however that, according to the Qur’an, it is all Muslims’ duty to help innocent people, women, children, the elderly and the sick who are in need.

Surely the situation of the Muslims of the world is not exclusive to the Month of Ramadan alone. It is paramount for Muslims to take permanent precautions to prevent the same cruelty from continuing in the following months of Shawwal and Dhu al-Qi’dah.

However, some Muslims hold only the West responsible for all these events, so they are expecting the solution from the Western world. However, if Muslims around the world banded together in unison, the Islamic world would have an extraordinary physical and spiritual power. Without a doubt, the fact that today the Islamic world, which in the past led the world, is now unable to solve its own problems is unacceptable for every Muslim with a good conscience. It should be remembered that Muslims are the protectors of one another. The history of Islam is full of muhajirun (the immigrants) and the Ansar (the helpers), who provided shelter for these people and shared their food with them. Our Prophet (pbuh) advised us to not go to sleep full while our neighbors are hungry. As required by the moral values of the Qur’an, we need to prioritize our brothers and sisters over our own selves, help those who are weak and rescue them from oppression.

It is a common prayer of all believers that Muslims band together and support each other, creating a zealous spirit of solidarity in the Islamic world, and fast.