NewsRescue– In a story and video that has gone viral, famous black Hollywood celebrity actor, Will Smith, knuckle-slapped a gay reporter who tried to lip-kiss him.

Will exclaimed, in visible shock and disgust.

‘He’s lucky I didn’t sucker punch him. … Sorry, I said that on camera.’

Will, went on to say.

The awkward moment of harassment, transpired on May 18th at the Moscow premiere of Men in Black III 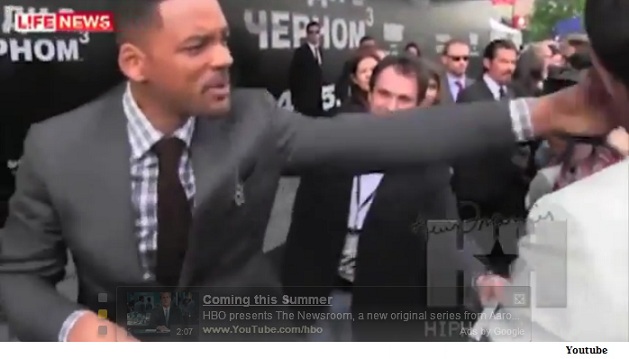 The reporter has since apologized, according to PerezHilton: 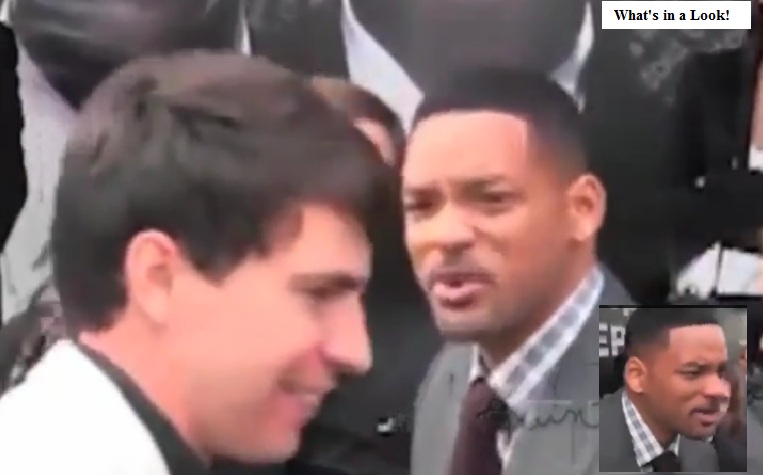 “After having the possibility to think and analyze everything that happened, now I do apologize for my behavior. But I still hope for other meeting…I think it was too much…I can say it was it was an emotional impulse. Will Smith is a person whom I deeply respect as an actor, I’ve been watching him since my childhood and of course when I met him in Moscow finally I just wanted to do something, not extraordinary, but to impress him. We have Slovak tradition, and of course I don’t do that often – I don’t kiss every man or woman when I meet him or her on the street – but that time I decided to do that…I don’t take offense and of course we have different mentalities, ethics, stuff like that, and it’s not a big deal for me to say, ‘I’m sorry, Will. It was a splash of emotion. It was an emotional moment, and I’m sorry for that.’ Next time if I meet him, I’ll just shake his hand and then we’ll be fine. I can’t say that I did it for fame, I’ve interviewed Madonna, I’ve interviewed Bill Clinton.” 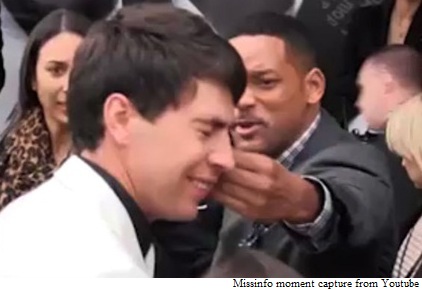