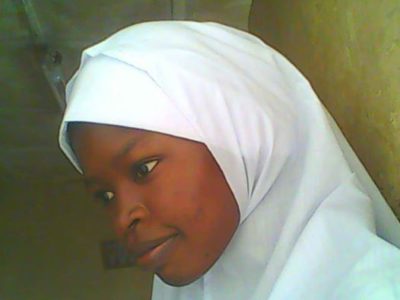 Barrister Aisha Wakil who was declared wanted by the Nigerian military authorities last Sunday was until recent largely unknown. Almost always totally veiled, her identity has been as inscrutable as the tale about her origins. Popular folklore is that the woman activist, who was born into an Igbo Christian family converted to Islam during her time at the University of Maiduguri where she studied law.

Prior to the transformation of the Islamic Boko Haram sect into a fighting force in 2009, Wakil was well known to have close ties with Mohammed Yusuf, the leader of the sect, whose killing led to the radical transformation of the group. Following her education, she settled in Maiduguri and made a home with another lawyer,   Wakil Gana who is presently a judge with the Borno State High Court.

The news report declaring Aisha wanted undoubtedly came to her and nearly all who knew her with surprise especially against the fact that she had almost always carried out her conduct and liaisons with Boko Haram with the knowledge of the authorities. In fact, she is known to be a staff of the National Human Rights Commission, NHRC and was during the Goodluck Jonathan administration an important liaison that was used to make contacts with the Boko Haram.

She has not for once denied a link with the group, having said in separate fora that she knew some of the insurgents right from when they were circumcised.

It was perhaps on that account that when the Jonathan administration constituted a committee to negotiate with Boko Haram   she featured prominently on the list. Even more, when the Boko Haram group announced a group of prominent northerners to negotiate with the government   she and her husband, Justice Wakil were featured among those nominated by the group.

Calling the Boko Haram insurgents at one point as her children who moved in and out, she said:

“That was how I got to know most of them. Then they were not Boko Haram and Jama’atu ah-lil Sunnah members. It is surprising how these children turned out to be what they are now. I keep on saying there is certainly no smoke without fire. Something must have triggered those innocent-looking children to grow up behaving the way they are behaving now.

“You needed to see them growing up. Sometimes when I start talking about them, I shed tears. Those children prayed, and still pray a lot. I have a mosque in the house, and they would always go in and pray.”

Wakil narrated how she started noticing changes in them. How they would go out in the morning and return in the evening and during the fasting period, they would not return until around 11 or 12 midnight. They also started attending Muhammad Yusuf’s lectures to listen to his preaching.

“I didn’t observe anything strange about the teaching. Soon, the children began to be conscious of themselves. It was then that the rumour started that they were planning a war. When I heard of it, I went straight to Muhammad Yusuf because I had been very close to him. When I realized that Muhammad Yusuf was frequently being arrested, detained and released, I went to Baba Fugu and asked him why his son-in-law was always being detained? But I learnt he was always preaching things the government didn’t like and insulting them.”

At the peak of the crisis when few dared to come out, Aisha was able to mobilise some Borno women to come out to protest against the situation. At that time she was quoted to have referred to the Boko Haram insurgents as her children.

The nearest revelation about her linkage to being Igbo was when she was quoted to have disclosed in an interview with a national newspaper her peace-making efforts.

According to her, she “started the dialogue process since 2009, even before the major crisis erupted because I knew their slain spiritual leader, Muhammad Yusuf. His father-in-law, late Alhaji Baba Fugu Mohammed, was my spiritual father in Islam, and I used to visit his home.

“In fact, Mohammed Yusuf almost married my younger sister Amina, but Almighty Allah did not make it possible. So that was how I got closer to the duo. It went even to the extent that I was cooking food and taking it to the house of late Alhaji Fugu, to the pupils of the Qur’anic school, (almajari).

“And because I am from the southern part of the country, I normally prepared southern dishes, which Yusuf had always come to eat. In fact, he liked my egusi soup very much, and we became very close when his father-in-law told him that I was the one who cooked the food. So anytime we met, he expressed delight and prayed that Almighty Allah would reward me, for he was eating from my pot and that was how I established a strong relationship with him,” she was quoted as saying.