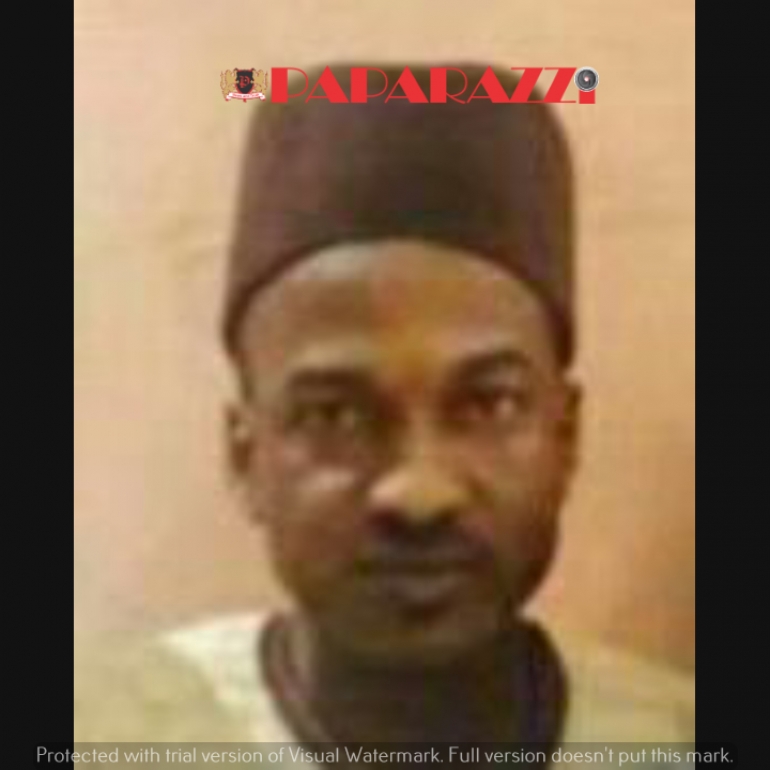 These are not the best of times for 28 year old Halima, a hard-working single mother from Ilorin, Kwara State who had the misfortune of having a daughter at the age of 15 for a nephew of President Muhammadu Buhari, Hassan Buhari.

The unsolicited pregnancy and birth of her daughter, Farida Hassan, has turned into a grueling nightmare for Halima and brought her into direct head-on collision with Nigeria’s most powerful family, the Buhari Family.

The young lady, who had her ambitious future terminated abruptly by the President’s nephew in an uncontrollable urge to have her, is now living in fear for her dear life and in constant apprehension over the whereabouts and safety of her 14 year old daughter, Farida, who has gone missing, and allegedly abducted by the powerful Buhari family.

According to the distraught mother, Farida left their Kaduna home with the intention of going to see her father, Hassan, to collect her school fees but has not returned since then.

The short note the 14- year-old left for her mother says she was going to see her father alone because she did not want him to batter her mother again, as it had become his practice whenever he set eyes on her, promising to be back soon.

That soon has turned into harrowing weeks and nights for Halima, who has been making frantic efforts to locate Farida without success and with the Buhari family threatening to shut her up.

Going back memory lane, Halima said Hassan, who lived in the same neighbourhood with her when she was 14, was her friend, who promised to marry her as soon as she finished her university education.
Though Hassan was much older, already in his 20s and now 43, the relationship was expected to be a classic love story from a man who was willing to wait for his love and allow her achieve her dream of university education in a region where girl child education is not much of a priority.

However, the narrative changed when on a fateful day, Hassan forcefully raped Halima when she was asleep.

The rape eventually resulted into an unwanted pregnancy that produced Farida, who is now 14.
According to Halima, when she informed Hassan that she was pregnant, he apologised and promised that he would marry her as soon as he was able to arrange himself.

That promise has however turned into a mirage, as she has constantly been treated with contempt and her baby seen as illegitimate and an outcast before the recent turn of events.

To at least confer some legitimacy on her daughter, Halima took her to the Buhari family house in Daura but had to return her to Kaduna because of the treatment they received there.

This was followed by constant battering and assault that led to a displaced disk, an injury she has had to live with, Halima says she cannot stand upright for more than 20mins due to the battery.

According to Halima, she made three trips to the Ugwanrimi Police Station and the Police Area Command at the Metro Police Station both in Kaduna to report and make entries on the battering and constant threat to her life. But on each occasion, she met a brick wall, as even when Hassan was arrested, orders came from above that he be released.

Specifically, on the 20th of April, 2016, while Hassan was in detention, his brother, Nasiru Amadu, was said to have come from Aso Rock Presidential Villa with an order from President Muhammadu Buhari to have him released. This was after being on his trail from May 2015.

Also, on the 21st of October, 2016, the police turned against Halima, chasing her away on the excuse that she was disturbing them and that they cannot force anything on Hassan.

In what may sound bizarre twist, Halima disclosed that another member of the family had also made attempts at sleeping with the 14 year old Farida.

According to Halima, her daughter stayed with Hassan’s elder sister, Sekina Lawal, in Katsina, but left after Sekina’s son tried having sex with her.

With the disappearance, there is heightened apprehension on the part of Halima’s family as to the whereabouts of Farida, described  an exceptionally brilliant girl, and fears that she may have been killed as she was never really accepted by her father, Hassan and viewed as illegitimate. These fears are allegedly premised on her disappearance as nobody knows whether she is dead or alive.

Halima said: “Farida left a note for me that she was going to her father’s house to collect her school fees and that she would be back in one hour, that is the last I ever heard from my daughter. When I went to look for her at her father’s house, he beat me so ruthlessly, he gave me a bloody eye, not minding my condition from the violence I had earlier encountered with him where he beat me so much, he gave me a slipped disk. I have all medical reports. My worst fear now is for my daughter. Farida is such a sharp child that she would have made all attempts to reach me. I am highly afraid since she hasn’t contacted me in anyway. What have they done to my daughter?”, she lamented.

Paparazzi learnt that when he was asked the whereabouts of his daughter, Hassan Buhari denied knowing where she was despite the fact that she left a note detailing her destination before she left home.

More puzzling to her distraught mother is the fact that Hassan Buhari has carried on as if he doesn’t care.
According to Halima Musa, all attempts to reach the president have been frustrated by Hassan Buhari and his elder sister, Sekina Lawal, who have allegedly told her that she can go to the police and the highest authority and nothing will happen.

“I even tried to reach the president through the Emir of Daura. I was in his palace for days but he drove me away from the palace, the police seem to be highly compromised too because they have even refused to investigate the matter.

“Hassan and his sister told me they own this country and that I cannot do anything. It is as if the whereabouts and life of my daughter doesn’t matter to these people because they are related to the president. I don’t sleep at night, I don’t know where my daughter is, it is very unlike her not to reach me…is my Farida still alive, what have they done to Farida? (Breaks down crying) the world should please come to my aid. I call on all mothers, I call on all Nigerians to help me, where is Farida Hassan?

Paparazzi called Hassan Buhari on the phone numbers provided. The person who picked up the phone told the reporter to send a text. Paparazzi sent a text detailing Halima’s story. Paparazzi sought to hear Hassan Buhari’s side of the story. His reply was “I think you have the wrong person, I don’t know what you are talking about”.

Farida Mohammed has not been found. Her fate is hanging in a balance as her devastated mother continues to live in perpetual fear for her daughter and physical pains from injuries inflicted on her by Hassan Buhari.

HALIMA GIVEN A BLOODY EYE BY HASSAN DURING HER LAST VISIT

Halima now lives like a hermit in fear of her life. She explained to Paparazzi how she escaped a murder attempt: “I was going home late one night when two men approached and tried to strangle me. They held my neck; I was already choking to death when somebody approaching made them run away. I don’t go out again without serious fear.”

However, in what may be an indication of the whereabouts of Farida, Halima said while she was at the police station where she reported Farida missing, one Ahmed Adamu came and claimed that she is in Katsina and that he would go and bring her.

Worried about the fate of her daughter and scared by the constant threats from the Buhari famiy, especially Sekina Lawal, Halima said she gave Adamu the money he requested to enable him bring the missing girl. She hasn’t heard from Adamu since then.