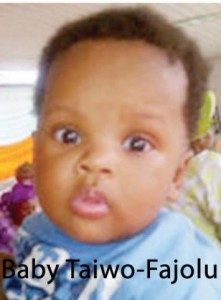 Dr Ibrahim Wada, the Chairman of NISA Premier Hospital Jabi, Abuja, on Saturday said that age was a major determinant of the fertility rate of a woman.

Wada said this at a workshop in Abuja with the theme: “Fertility Preservation In 21st Century.“

He said that the objective of the workshop was to enlighten couples with fertility challenges on how to preserve their eggs and sperm upon late marriage to avoid childlessness.

Wada explained that the brunt of fertility challenges was more on the female folk, adding that a woman had a specified number of eggs in her which could not be replenished when any got lost.

“The testis of a man produces approximately 200 to 500 million sperm on a daily basis, especially when the man is at his prime of about 28 years.

“But the woman has about 400,000 eggs which she is born with and that is all she could ever have and no new ones are going to be made.

“The quality of the egg from a woman depreciates as she ages which could lead to abnormal and irregular reproductive system,” he said.

He added that a when a woman spent her eggs, at a time she would run out of eggs from her ovary resulting in seizure of her menstruation and eventual menopause.

Related: Ovaries have not adjusted to many women’s decision to delay having children – WashingtonPost

Wada, however, said that abnormal ovulation; blockage of fallopian tubes, infection and social habits such as smoking, drinking alcohol could hamper the fertility rate of a woman.

Wada said that when a woman married at late age, the absence of pregnancy could due to cancerous growth and fibroid.

He also said that infertility in men could be caused by testicular cancer and trauma due to accident among other issues.

He said that couples could avoid infertility by marrying early when possible, live healthy life and as well preserve their eggs/sperm to ensure that their reproductive life was not infected.

Wada stated that the hospital was collaborating with London Women’s Clinic to develop a new initiative called: “Fertility Preservation“ to help reduce infertility in couples.

According to him, the initiative involves collecting and freezing eggs/sperm which will be done at NISA Premier Hospital, Abuja with sophisticated equipment and subsidised rate.

Also at the workshop, Dr Julian Mamiso, Consultant Gynaecologist, from London Women’s Clinic, said that couples, after trying for one year without conception, should seek help from medical experts.

Mamiso added that preservation of eggs and sperm, to be carried out in the initiative, was for individuals who were advanced in age.

He warned that having children normally and hitch-free could be very challenging for women of 40 and above.

“Production of egg and sperm in humans is like a pyramid, as you grow older, the egg production is lower and low in quality as well.

“The success rate of getting frozen eggs is about 90 per cent, out of 10 eggs frozen; you can get nine that survived.

“If you put the eggs back to the uterus, the percentage of getting an embryo from those eggs to produce a baby is high,” he said.

Mamiso added that the process of collecting eggs/sperm from individuals was a simple process, which would not cause further challenge on the individual, adding that it did not damage the embryo.

He, however, said that before eggs/sperm were collected for freezing, there was need for a legal backing for record references.

Mr Chris Danga, a laboratory technician, said that eggs and sperm samples collected from individuals would be preserved either by freezing slowly or rapidly.

He added that the eggs and sperm were to be collected from individuals and preserved in straws and vials with adequate labeling and identification with two or more officials having observed the specimen.

The officer also said that the life span of the eggs/sperm collected could live for over 30 years, depending on the agreement in the legal document. (NAN)