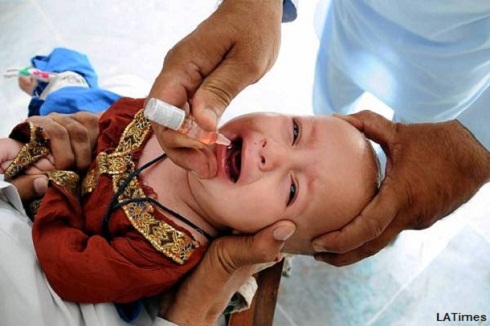 On October 2nd a retired demographer at the World Bank admitted that vaccination campaigns are an integral part of the World Bank’s population policies. John F. May, the Bank’s leading demographer from 1992 to 2012, told the French web journal Sens Public (and in turn transcribed by the think-tank May works for) that vaccination campaigns, especially in so-called “high-fertility countries”, are means to achieve population reduction in those countries. May:

“The means used to implement population policies are “policy levers” or targeted actions such as vaccination campaigns or family planning to change certain key variables.”

Defining “population policy” as “a set of interventions implemented by government officials to better manage demographic variables and to try to attune population changes (number, structure by age and breakdown) to the country’s development aspirations”, May continues to explain that the World Bank is taking up the lead role in achieving general population reduction.

It is not the first time that World Bank officials boast about their willingness to implement strict population control policies in the Third World. In its 1984 World Development Report, the World Bank suggests using “sterilization vans” and “camps” to facilitate its sterilization policies for the third world. The report also threatens nations who are slow in implementing the bank’s population policies with “drastic steps, less compatible with individual choice and freedom.”:

“Population policy has a long lead time; other development policies must adapt in the meantime. Inaction today forecloses options tomorrow, in overall development strategy and in future population policy. Worst of all, inaction today could mean that more drastic steps, less compatible with individual choice and freedom, will seem necessary tomorrow to slow population growth.”, the report states.

Some of those steps are now being taken.

A study published in Human and Experimental Toxicology in May of 2011 concluded that “nations that require more vaccine doses tend to have higher infant mortality rates.” (page 8).

After an in-depth study into the effects of vaccine-coverage in relation to mortality rates among infants, the authors Neil Z. Miller and Gary S. Goldman came to this disturbing conclusion and advised that “a closer inspection of correlations between vaccine doses, biochemical or synergistic toxicity, and IMRs, is essential.”- but naively concluded that “All nations—rich and poor, advanced and developing—have an obligation to determine whether their immunization schedules are achieving their desired goals.”

The authors cannot be expected to know that, actually, that the desired goals are exactly being achieved. Their final point is significant in this regard, that they obviously were not working on the notion that vaccines were harmful and obviously drew their final conclusions on the basis of the idea that the increase in high mortality rates among infants were unintended. The opposite is the case. The World Health Organization, the World Bank, The UN environmental department, the UN Population Fund, the Bill and Melinda Gates Foundation and all the other arms of the creature we call the scientific dictatorship are closing in on all of humanity with mass-scale vaccination programmes and genetically engineered food.

Where the mantra used to be “to combat global warming, we need a one world government”, now it sounds something along the lines of “when we wish to eradicate poverty, we must have a global government and reduce human numbers, by the way.” Any pretext will do. More recently it were oceans in need that prompted the World Bank to initiate a global “alliance”. The same argument can of course be applied and is being applied to every other possible calamity.

Following this line of reasoning will inevitably bring you to pretexts under which global population control can be sold. Want to reduce victims of drunk driving? Reduce human numbers. Looking to cure cancer? Reduce the birthrate so less people will die as a result of it. The scientific community has joined the effort, attempting to sell population reduction to stop poverty and disease worldwide.

Under the guidance of Ban Ki-moon’s top advisor, Dr. Jeffrey Sachs, several studies have been published which call for mass population reduction in the name of poverty-reduction. In 2009 Sachs and his protégé’s Pejman Rohani and Matthew H. Bonds wrote the paper Poverty trap formed by the ecology of infectious diseases. They write that the “poverty trap may (…) be broken by improving health conditions of the population.”

The question that arises, of course, is how to improve “health conditions”. In another study from 2009 Bonds and Rohani say:

““(…) the birth of a child in the poorest parts of the world represents not only a new infection opportunity for a disease, but also an increase in the probability of infection for the rest of the susceptible host population. Thus, epidemiological theory predicts that a reduction in the birth rate can significantly lower the prevalence of childhood diseases.”

Earlier that same year, Bonds wrote a dissertation entitled Sociality, Sterility, and Poverty; Host-Pathogen Coevolution, with Implications for Human Ecology. The study concludes that the best way to eradicate poverty and disease is to, well… eradicate humans.

“We find that, after accounting for an income effect, reducing fertility may result in significantly lower disease prevalence over the long (economic) term than would a standard S-I-R epidemiological model predict, and might even be an effective strategy for eradicating some infectious diseases. Such a solution would make Malthus proud”, Bonds writes.

“(…) the new model, which accounts for an economic effect, predicts that a reduction in fertility may be significantly more effective than a vaccine. It also illustrates that a sustained vaccination policy would be more likely to eradicate a disease if done in conjunction with decreased reproduction.”

“This model”, Bond continues, “is likely to understate the true benefits of reduced fertility because the effect of reducing the birth rate is to reduce the flow of susceptible for all diseases, which is the equivalent of a vaccine for all infectious diseases at the same time.”

“Infectious diseases, however, continue to be most significant in developing countries, which experience relatively rapid population growth. The effect of this influx of children on the persistence and dynamics of childhood diseases, as well as on the critical vaccination coverage, is reasonably well-established (McLean and Anderson, 1988a; Broutin et al., 2005). But it is now warranted to turn this framework on its head: can fertility reduction be an integral element of a disease eradication campaign?”

The answer to that question is given by Bill Gates in 2010 when he promoted using vaccines to lower the population by 10 to 15%:

Disease and poverty, intertwined as they are, can therefore be eliminated by mas-scale fertility reduction. The religion of the scientific dictatorship in a nutshell.

It wasn’t the first time that Mr. Sachs called for global coordination in regards to population control. In a September 2009 UN press release, Sachs not only lamented human activity on the planet, but argued for scientists and engineers to take the steering-wheel in this process:

“We’re in the age of this planet where human activity dominates the earth’s processes. Humanity has become so large in absolute number and in economic activity that we have overtaken earth processes in vital ways to the point of changing the climate, the hydrologic cycle,” he told the UN Conference on Trade and Development.”

What kind of model does Sachs envision for his usurping utopia? He stated in an Economist publication in 2000:

“The model to emulate is the Rockefeller Foundation, the pre-eminent development institution of the 20th century, which showed what grant aid targeted on knowledge could accomplish.”

I don’t have to remind readers that it was the Rockefeller Foundation that funded and developed vaccines designed to reduce your fertility, and intended to distribute these vaccines on a mass-scale.

In his commentary The Specter of Malthus Returns, Sachs gives an adequate description of Agenda 21 without actually mentioning the UN plan for wealth redistribution and global population reduction:

“We will need to rethink modern diets and urban design to achieve healthier lifestyles that also reduce consumption. And to stabilize the global population at around eight billion, we will have to help Africa and other regions in speeding their demographic transition. We are definitely not yet on such a trajectory. We will need new policies to push markets down that path and to promote technological advances in resource saving. We will need a new politics to recognize the importance of a sustainable growth strategy and global cooperation to achieve it.”

As Paul Joseph Watson reported in his September 2010 article Global Tax Scam Shifts From Climate Change to Poverty, the pretexts under which the ongoing effort to establish a world government is moving forward is undergoing a transformation. The focus has now drifted away from the thoroughly debunked global warming myth to poverty-reduction. As usually is the case, once the pretext is sold to the unsuspecting, the eugenicists move in to “reduce fertility.” Global government, in other words, to facilitate global scientific dictatorship.\