NewsRescue- The now much recognized Kony 2012 scam by the Hollywood young new celebrity, Jason Russell, in make-believe pursuit of a deposed Joseph Kony, while in reality operating to invite a full US militarization of Africa, brings focus to the real problems facing Uganda and much of Africa.

Our March 13th article focused on the more ruthless president of Uganda, Museveni {M7}, a western ally who has to his credit, over 6 million deaths in his 30 year dictatorship of Uganda, a rule that dwarfs the worst crimes of Adolf Hitler. But not only has his rule so many murders to its credit and finance usurping -Museveni at 11 billion dollars is the worlds 6th richest man- but also as reported in the September 2011 NYTimes article, M7 displaces Uganda citizens from their land to sell this to multinational carbon credit companies who plant trees on these lands and forests to sell as ‘carbon credits’ to multinational clients, with investors including, yes, the very World Bank:

KICUCULA, Uganda — According to the company’s proposal to join a United Nations clean-air program, the settlers living in this area left in a “peaceful” and “voluntary” manner.

People here remember it quite differently.

“I heard people being beaten, so I ran outside,” said Emmanuel Cyicyima, 33. “The houses were being burnt down.”

Other villagers described gun-toting soldiers and an 8-year-old child burning to death when his home was set ablaze by security officers.

“They said if we hesitated they would shoot us,” said William Bakeshisha, adding that he hid in his coffee plantation, watching his house burn down. “Smoke and fire.”

According to a report released by the aid group Oxfam on Wednesday, more than 20,000 people say they were evicted from their homes here in recent years to make way for a tree plantation run by a British forestry company, emblematic of a global scramble for arable land.

“Too many investments have resulted in dispossession, deception, violation of human rights and destruction of livelihoods,” Oxfam said in the report. “This interest in land is not something that will pass.” As population and urbanization soar, it added, “whatever land there is will surely be prized.”

Across Africa, some of the world’s poorest people have been thrown off land to make way for foreign investors, often uprooting local farmers so that food can be grown on a commercial scale and shipped to richer countries overseas.

But in this case, the government and the company said the settlers were illegal and evicted for a good cause: to protect the environment and help fight global warming.

The case twists around an emerging multibillion-dollar market trading carbon-credits under the Kyoto Protocol, which contains mechanisms for outsourcing environmental protection to developing nations.

The company involved, New Forests Company, grows forests in African countries with the purpose of selling credits from the carbon-dioxide its trees soak up to polluters abroad. Its investors include the World Bank, through its private investment arm, and the Hongkong and Shanghai Banking Corporation, HSBC.

In 2005, the Ugandan government granted New Forests a 50-year license to grow pine and eucalyptus forests in three districts, and the company has applied to the United Nations to trade under the mechanism. The company expects that it could earn up to $1.8 million a year. 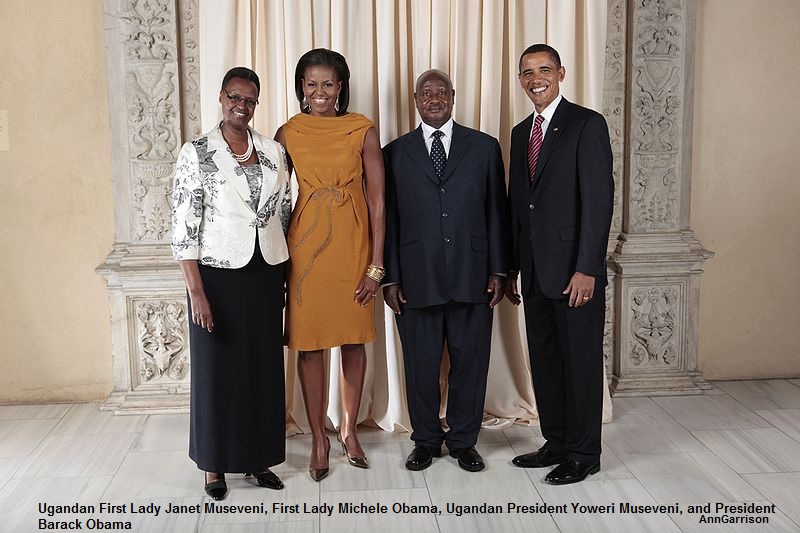 But there was just one problem: people were living on the land where the company wanted to plant trees. Indeed, they had been there a while.

“He was a policeman for King George,” Mr. Bakeshisha said of his father, who served with British forces during World War II in Egypt.

Mr. Bakeshisha, 51, said he was given land in Namwasa forest in Mubende district in 1997 by a local kingdom through his father’s serviceman association. Mr. Bakeshisha lived happily on the property for years, becoming a local administrator and ardent supporter of President Yoweri Museveni. In a neighboring district, people had been living on land the company would later license since the 1970s.

Tensions brewed. The company and government said the residents were living illegally in a forest. Residents said they had rights. Community members took the company to court in 2009 and a temporary injunction was issued, barring evictions. Nevertheless, Oxfam and residents say, evictions continued.

Residents were given until Feb. 28, 2010, to vacate company premises while soldiers and the police kept surveillance. Company officials visited, too. From time to time a house would be burnt down, villagers said. Then came Feb. 28, a Sunday.

“We were in church,” recalled Jean-Marie Tushabe, 26, a father of two. “I heard bullets being shot into the air.”

“Cars were coming with police,” Mr. Tushabe said, sitting among the ruins of his old home. “They headed straight to the houses. They took our plates, cups, mattresses, bed, pillows. Then we saw them getting a matchbox out of their pockets.”

Homeless and hopeless, Mr. Tushabe said he took a job with the company that pushed him out. He was promised more than $100 each month, he said, but received only about $30.

New Forests says that it takes accusations that settlers were forcibly removed “extremely seriously” and will conduct “an immediate and thorough” investigation.

“Our understanding of these resettlements is that they were legal, voluntary and peaceful and our first hand observations of them confirmed this,” the company said in a response to the Oxfam report.

A Ugandan government spokesman said residents in Namwasa were illegal encroachers, but he acknowledged and deplored the use of violence to remove them, saying it was done by corrupt politicians and police officers operating outside the law.

Olivia Mukamperezida, 28, said her house was among the first in her community to be burned down. One day in late 2009, she said, her eldest son, Friday, was sick at home, so she went out to find medicine. Villagers suddenly told her to rush back. Everything was incinerated.

“I found my house when it was completely finished,” she said. “I just cried.”

Ms. Mukamperezida never found the culprits. She buried Friday’s bones in a grave, but says she does not know if it is still there.

“They are planting trees,” she said.

This article has been revised to reflect the following correction:

A previous version of this article misstated the name of HSBC, a global banking and financial services organization.

One just has to love the consequences of liberal policies.  A multinational corporation will earn almost $2,ooo,000 per year for growing trees on land that is in a forest.

All they had to do is kick  a bunch of poor black Ugandans off of their land.  But hey Obama is really helping black people in this country with his liberal policies why not export ideas like cap and trade to Africa?