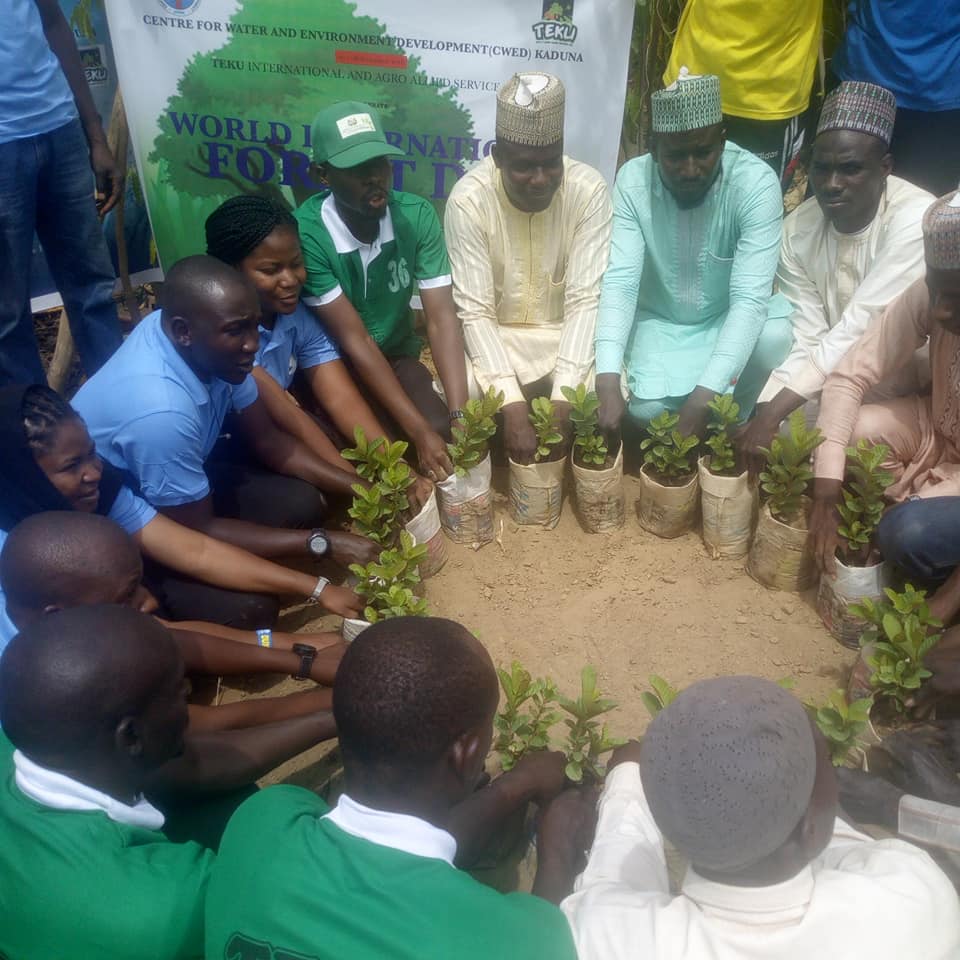 The Various Groups and non –Governmental organization NGOs and Civil society organization CSO with volunteer environment experts and science climatologist that attended the meeting has collective called on all Nigerians to support Federal and state government in the fight against increasing desertification, deforestation and climate change factors that were responsible for chasing large numbers of wild animals in the forestry into migration.

The general manager of Teku international Farm Alhaji Ibrahim Salisu, says, all hands must be on deck to save our wildlife animals and other plant species from going extinction in the forestry due to increasing Bush burning and environmental degradation and climate change factors.

“Millions of Trees were cut-down for economic and for domestic used which forces large numbers of Mammals and other plants species going to extinction.”

Millions of human being were also forces to migration as a result of increase desertification and deforestation that is exposing them to desert-sahara.”

He says, the demand of firewood business and charcoal is affecting the existence of all the 36 states of Nigerian Forestry and hence the need for all the environment NGO,CSO, National and international organization with Forest rangers and ministries ,  to raise –up and sensitizes the public about the importance of forestry to the existence of human ,animals and all the living organizing in the forestry.

Pointing out clearly that, For  decades the  exploitation have destroyed and degraded much of the Earth’s natural forests.

“We’ve already lost half of our forest land globally due to continuous human irrational activities of exploitation of natural resources which has devastative effect on human and all the living organizing that are living in the forestry.

He said, Forests help stabilize the climate, sustain a diversity of life, provide economic opportunity, and are the source of culture for many Indigenous Peoples. Yet, forests and other critical ecosystems are hanging in the balance, as there is increasing pressure to convert forests to croplands, pasture, and plantations.

“More forestry are turning to desert sahara due to continues illegal mining, cutting down of trees and more forest are turned to agricultural land.”

Further more, he says , there are deeply inadequate protections against activities that degrade the value of forests.

Adding  that Mining for metals like gold, copper, and aluminium not only require clearing forests, it also contaminates forest ecosystems with pollution and runoff.

World Forestry day is celebrated in every 21th of march.

Responding  Mrs Lydia saleh, Programmed officer ,centre for water and environment development(CWED) in Nigeria who represented  the general manager  Mrs Doris Shanni  zakama says, they joined Teku international farm toward  commemorating world international Forestry day in view of the fact that there cannot be a forest without water.

Water play a very significant role to the existence of all the forestry across the planet.

According to her, they joined Teku farm to Marked world international water day 22 march 2020 and the theme of the water day this year is water and climate change.

She emphasized on the importance of recycling our domestic waste water to avert making it waste.  adding also that recycling waste water prevent   excessive diversion of water from alternative uses, including the natural environment.

Waste water can be used for farming and other useful usage in the community.

Recycling help toward  reduction and elimination of discharges of wastewater (treated or untreated) into receiving environment.

In his remark,comrade mohammed Zakari ,The Director African Climate reporters, has called on AU to declare state of emergency on forestry.

According to Mohammed , increased irrational human activities, lack of commitment by member states toward combating desertification and soil erosion has a negative impact, and remains a serious threat to the existence of parks and game reserves across the region.

He said that desertification had triggered displacements of millions of people in Africa and still causing harmful and devastating effect, especially to African forestry due to tree felling and the demand of firewood, mining, overgrazing, population growth and rapid economic development.

He said, To save African forestry from extinction ,there is need  for  African Union (AU) to declare a state of emergency on forestry among the 55 member states.

He ended by saying Millions of birds and other mammals are dying in the forestry  yearly due to scarcity of water and hence the need for volunteers to find means of helping the animals with water to enabled them survived.

Many migratory birds died as a result of dryness of the normal places they usually landed and drinks water.

He appealed to authority to help wild animals with water and also to sustained annual trees planting to save the vegetation.