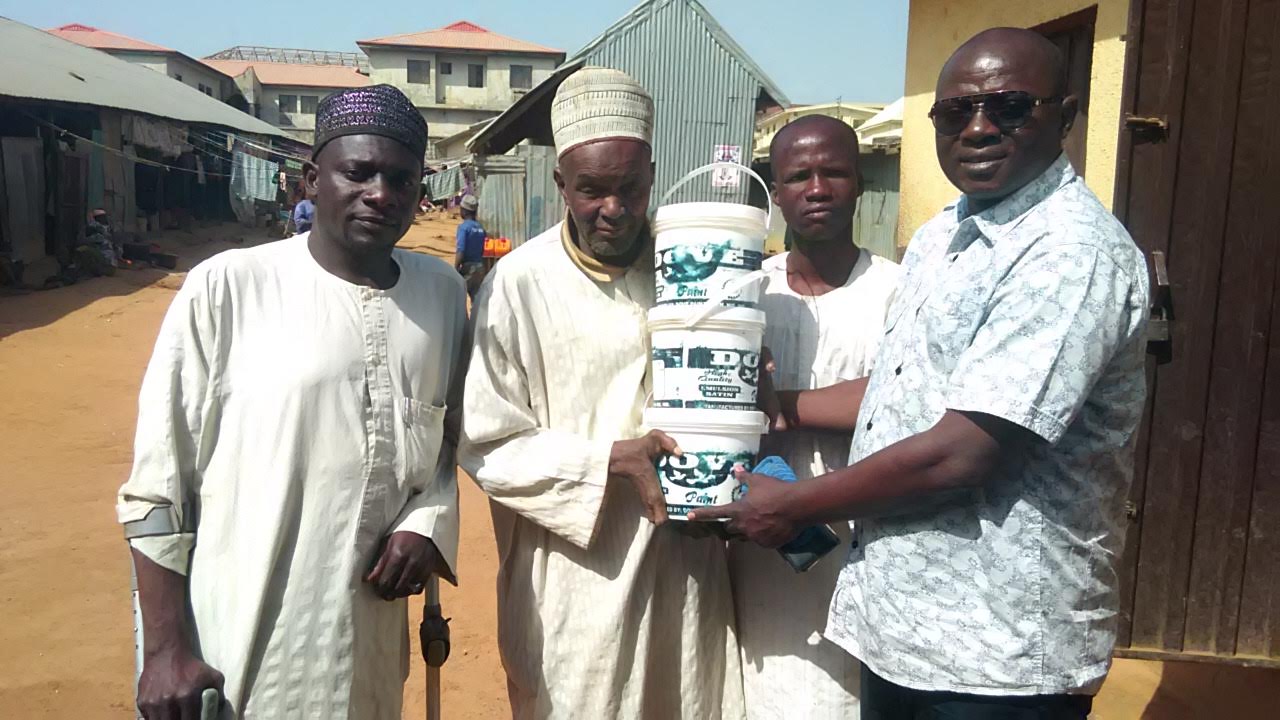 As the world Marks international interfaith week and Harmony by United Nation, a Muslim woman Donated a Dozens of plastic chairs to Church in kaduna state of Nigeria, in other to immensely promote values of tolerance, Mutual respect and better understanding which is centered around Intra-and –interfaith, inter-religious and inter-cultural values, so as to strengthening ever lasting peace and Religious harmony between Muslims-Christian in Nigeria & Africa.

Hajiya Ramatu Tijjani who is a peace Ambassador from Northern Nigeria, said the World international Interfaith Harmony was meant to donate importance gifts, Dialoging various ways on spreading peace messages, share love, unity, visiting each other at places of worship, encouraging togetherness irrespective of different faith organization, in other to boost mutual understanding and interreligious dialogue between the followers of the two religions (Islam and Christianity).

The World Interfaith Harmony Week which usually begins 1st-7th of February every year ,extends the Two Commandments by adding ‘Love of the Good, and Love of the Neighbour’. This formula includes all people of goodwill. It includes those of other faiths, and those with no faith.

According To her, this is part of the effort of strengthening inter- and intra-religious relationship and various strategies that is aim at preventing, countering violent extremism and promoting conflict prevention, peace building, reconciliation and conflict transformation, which is part of the event of the ceremony world-wide.

She said the week celebrate the principles of tolerance and respect for one another that are deeply rooted in the world’s major religions, stressing that was why United Nations declare and dedicate first week of this month to promote all activities that encourage and enhance religious activities worldwide.

Tijjani said “last year, I shared 50 Hausa translated Bibles to the church of Christ evangelical intercessory fellowship ministry Sabon Tasha-kaduna south, in other to create more awareness that we all from One God ,and we worshipped one God, Adam and Eve were our original parent, we all believed in Bible and Qur’an, pointing out clearly that religions preaches, peace, harmony, forgiveness and tolerance and also calls for the promotion of interreligious Harmony.”

The impact of the ethno-religious and political crisis in the state some years back claimed hundreds of lives and properties has left so many setbacks and damages to peace settlement in the region which immensely cause separation in communities in the north.

Ramatu emphasized the importance of creation of institutes of comparatives studies in the country, which according to her the creation for institutes of comparative studies will surely increase better understanding, religious tolerance, forgiveness, reduce blaspheming tendencies, and how to live in peace and harmony between Muslims and Christians and other religious believers, in accordance with the teachings of the Holy books, and this will boost the activities of local and international interfaith activities across the 36 states of Nigeria and some part of African countries. 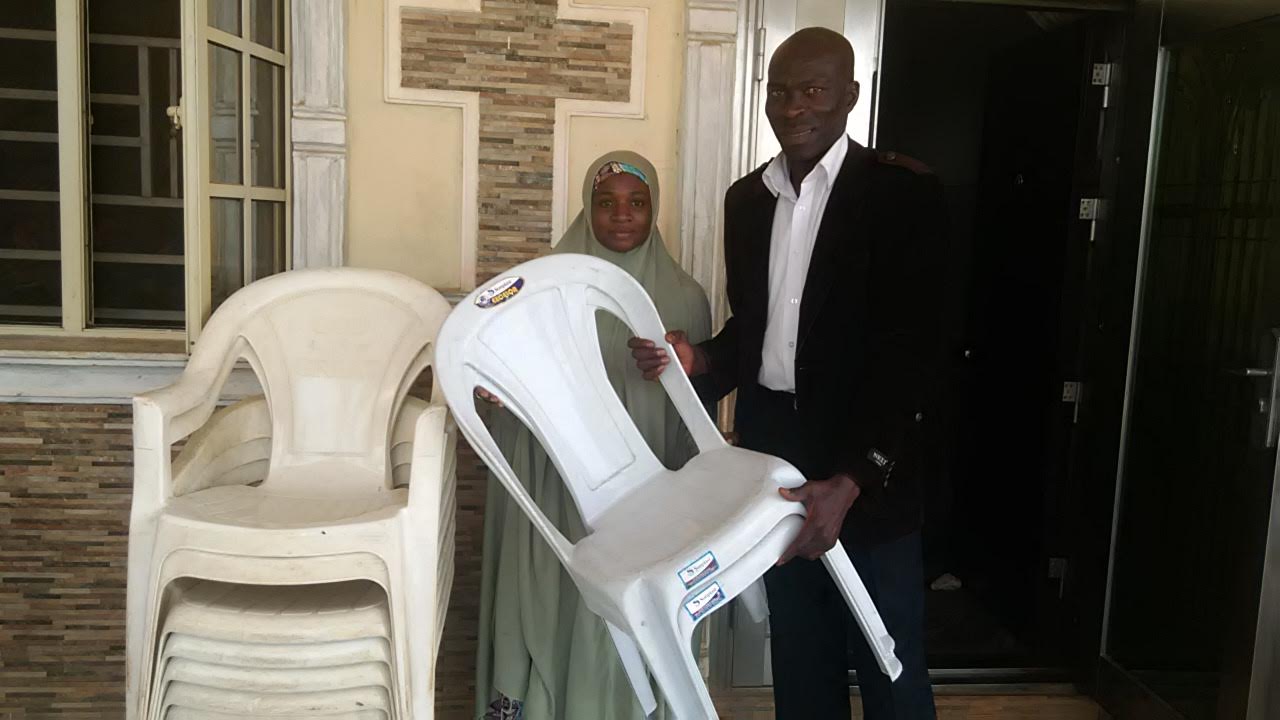 Additionally she said noted that there are more than 6,000 religions in the world, most of which are very different from the literate Abrahamic religions (Judaism, Christianity, and Islam), that many people think of when they hear the word “religion.”

“In order to make statements or generalizations about religion – the concept of religion, rather than a specific religion or group of religions – we need to engage in a comparative study of religions, so as to reduce ethno-religious attacks and blaspheming.”

Nigeria has been facing different forms of religious violence and attacks to holy places by both Muslims and Christians for many years, causing series of set-backs confronting all forms of socio-political, economic and peace stability in the country.

She said clearly “A comparative study is not about proselytizing or attempting to convert people from one religion to another, but it is an attempt to understand human behavior in a very broad sense. And if Government can introduce a course in our school, this will surely help in tackling all forms of religious differences and other forms of ethnicity-induced crisis.” 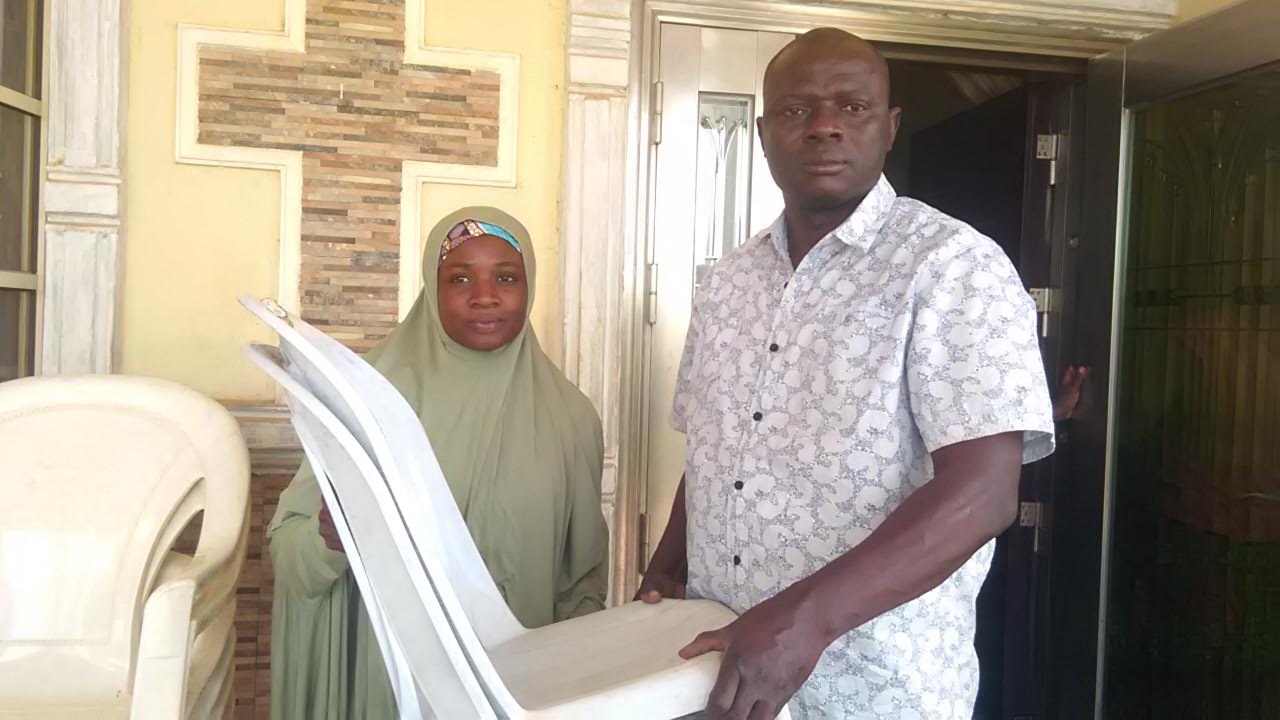 Furthermore, as part of the week celebration, she decided to also include a package of Gift items to the best church/mosques cleaner, so as to encourage them in service of cleaning the environment of holy places, adding that “cleanliness is next to godliness and Almighty God has a special reward for those who are keeping the environment of places of worshipped always clean for worshippers”

She finally called on State and Federal government, Non Governmental Organization, NGO, and civil societies organization and Human Right, tradional Rulers ,youth organization ,community organization,to immensely support during the week through the spread of interfaith harmony and good will in the world’s Churches, Mosques, Synagogues,Temples and other places of worship on the need for peaceful coexistence. 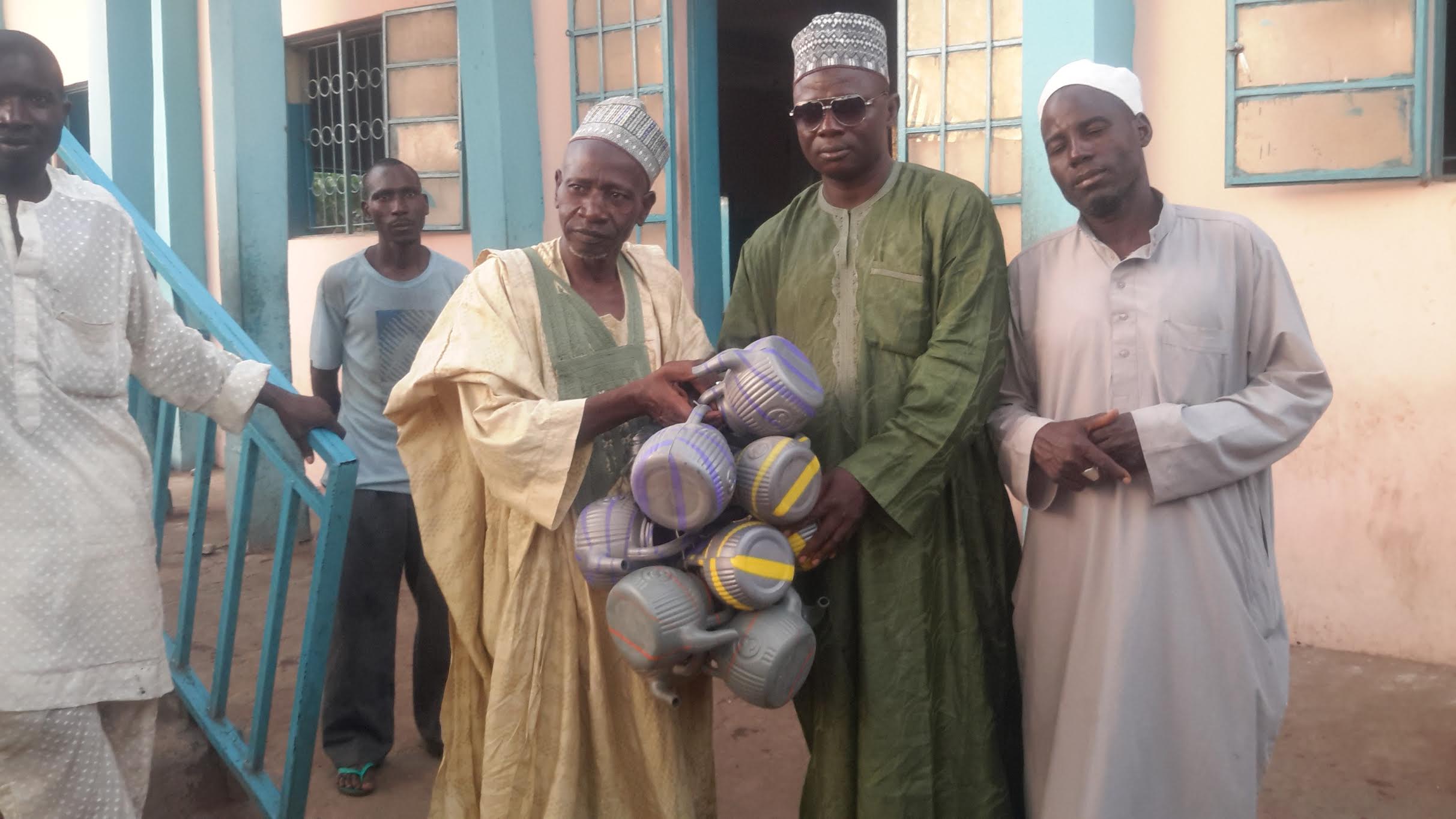 Receiving the plastic chairs, the general overseer of the Church, Pastor Yohanna Buru and pastor Titus, expressed satisfaction with the donation and appealed to Christians and Moslems to learn how to tolerate, accommodate and live in peace with one another in order to make the country great and peaceful.

Pastor Yohanna said “the place of worship belong to God, we must do everything to protect mosques and churches against unbelievers that are destroying our holy places.”

In conclusion Pastor Buru said, as the interfaith and harmony week commences, “We are going to organize endurance Trekking for both Muslims and Christians Clerics to create awareness to the public, and also organise Reading and written competition among Muslims and Christians in schools and Internally displaced person”IDPs”, Inmate, and less privilege in the societies ,so as to enhance understanding of harmony among youths.

Buru said we as Christians, we will also donate more praying matt and plastic kettles to some mosques in other to foster peaceful co-existence,and share more beautiful White-colour-paints to mosques, to sustain Good relationship between muslims-christians throughout the start.