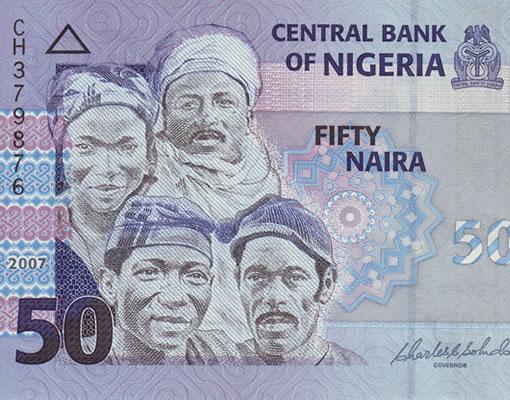 How do you cope with world prices on Nigerian salary? It is a question most Nigerians struggle with except those in politics and their crony contractors. Unfortunately most of us are neither;   cement nor phone cronies. Some of us will not survive even if given the chance. All of us cannot be billionaire in a jiffy. After all, a modest man has the right to live comfortably without making billions. The usual saying is: what the hell is 10K, 150K, 500K when politicians are raiding billions.

Locally, prices are so high, you dare not challenge them otherwise they will quote prices for you in London, New York, Paris and imported RAW materials. We are supposed to get consolation from being members of the global world. But we do not live in those places. They want access to foreign exchange to live abroad like lords. We ask for the reasons for high prices in Nigeria. They claim: transportation, duties, touts and police bribes on the way and at selling destination.

Nigerians want immediate returns on investments, its cash and carry. They want their money now with interest, profit, gouging and whatever they can reap. So locally made with no foreign imported material still carry a heavy price because of quick profit. A different scenario if what we get are worthy of the prices. The way we lost car assembly plants is people shun Nigerian made that is as expensive as foreign made, even when local made is better in quality.

It is a different argument if the cronies reinvest some of the profits in the Country. Optical fiber cable e.g. can improve telecommunication, electricity and startups for many industries. Bottom line is there are few businessmen that want to start from locally made materials. What do they do with the profit? They can’t wait to buy plane tickets and spending money for overseas trips.

We justified cut throat prices with access to wireless phones services, more cement and many banks because capitalism works in those areas. Others may differ, we do not have to pay above world prices. If anything telephones services are worse than other countries. We have the highest price of cement in the world because of monopoly and our banking system is nothing short of usury charges by corrupt men at the helms that are just as greedy as our politicians.

Usually, higher production leads to lower prices and lower prices leads to greater use by more people. This is the idea behind “SALE”. When was the last time you saw that in Nigeria as in those days – ko lo’le ko do’wo! Sometime ago, a man was selling cement around Akure cheaper. He got into trouble with his peers. Even if there are too much goods in the market, people lock them up, at the risk of turning cement to hard concrete, until the prices go up again.

Talking about cement, we must wonder out loud why we are paying above world prices for it. Actually, cement costs more in Nigeria than in neighboring countries. Nigerian businessmen are opening cement plants in other African countries knowing full well they cannot sell at the same prices as they do in Nigeria. Go to any West African country and compare the price of cement. In other words, with Nigerian salary more houses can be built outside Nigeria but less within.

It has already been said that phone services are not for the poor man. But market women in neighboring countries have cheap phones. More reliable land lines are still out of reach. They claimed toll booths are not erected for the poor man and no poor man deserves to live in good areas. But pensioners, drivers, cooks and fishermen do live in those areas with their children and wives. When they take public buses their fares are inflated by these hidden taxes.

The usual excuses given for world prices are imported materials. Do not think of cheap because food is grown at home, fish, chicken and herds reared locally. These still depend on imported fertilizers and feeds needed to nourish their growth. O.K., better make fertilizers and machines locally rather than import. Oh, raw and finished products must be imported for foreign deposits?

Nigerians in large number contributed to world prices at home. Even cassava farmers want world prices for their goods locally to boast production. The more money a cassava farmer makes, the greater the incentive to produce less to increase demand. In most other countries, as we well know, farmers are encouraged to increase their production to get stable prices with a government guaranteed of prices. It is called subsidy as in wheat, milk and corn in USA.

Child development is no different. Different kinds of schools are popping up in Nigeria enticing parents and children with scholarships and lottery. In fact there is hardly any scholarship and the lottery is to give an air of getting lucky to be selected. Though all the kids that applied are picked, only those that can cough up the exorbitant fees will get into the inadequate schools. Moreover, the local teachers are poorly paid since so many of them are underemployed.

No matter how much salary increase workers get as minimum wage, if working for the right employer, they cannot cope with inflation. The last time people were able to do anything substantial with wage increase was OBJ salaries increased and arrears. It was properly used by the wise to buy land, build house or buy Tokunbo cars despite comparative inflation then.

We have to remember that many developing countries were lured into Structural Adjustment by World Bank, not only Nigeria. But many African countries despite that and inflation retained local prices considerably lower than Nigeria. Conspiracy of structural Adjustment devastated African countries to make sure raw materials and services were sold cheaply or almost for nothing while finished products imported into these countries are paid for through the nose.

We have more phone services and cement is available. True, they are still above world prices though. Services suck and Government monopoly makes a few cement billionaires. Great!