Unknown to many in the educated world. The first University in the world was the Sankore University in Timbuktu, capital of Mali.

The University was organized around three great Masajids or Mosques. The Masajid of Jingaray Ber, The Masajid of Sidi Yahya, The Masajid of Sankore. Masajids are places of worship for Muslims. Not only did students seek knowledge, but they also purified their souls through the sciences of Islam. Islam breeds leaders that are God fearing, just, honest, trustworthy and of excellent moral character. Graduate students were the embodiment of the teachings of the Holy Qur’an and the traditions of the Mohammed, the Prophet of Islam. The great library of Sankore boasts of a collection of over 700,000 manuscripts.

Around the 12th century, the University of Timbuktu had an attendance of 25, 000 students in a city which had a population of 100,000 people. The students came from all corners of the African continent in search of excellence in knowledge and trade. On graduation day, students were given Turbans. The turban symbolizes Divine light, wisdom, knowledge and excellent moral conduct. The turban represents the demarcation line between knowledge and ignorance. The knots and circles of the turban represent the name Allah. This means that the graduate students know the Divine obligations and responsibilities to be discharge honorably in their communities and toward their fellowmen. source

Related: NewsRescue- Timbuktu- Journey From World Richest Nations, Voyaging To The Americas Before Columbus, To Poorest

Great Mosque on campus of first University in the world. Sankore, Tombouctou 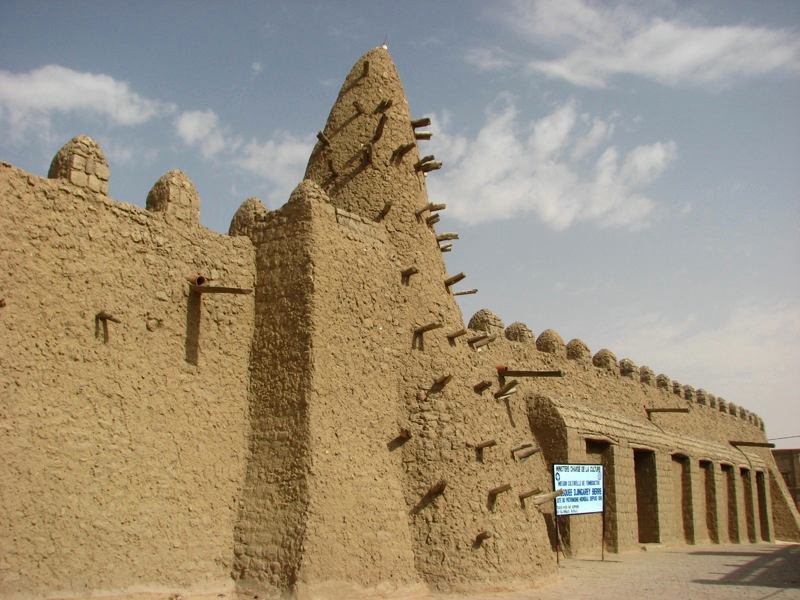 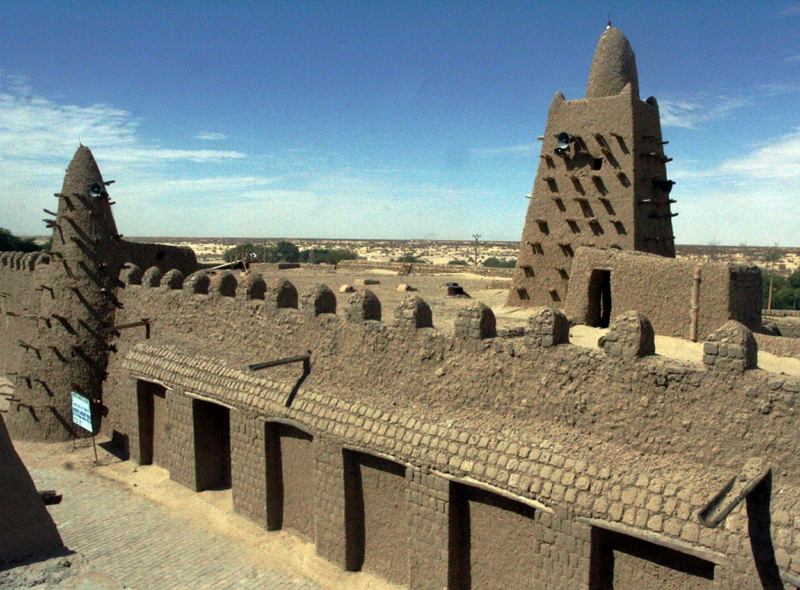 Timbuktu’s literary output was enormous, and included works covering the history of Africa and southern Europe, religion, mathematics, medicine and law. There were manuscripts detailing the movement of the stars, possible cures for malaria and remedies for menstrual pain.

Zouber says he immediately realized the manuscripts’ primary source importance. “Colonizers had always argued that they were here to civilize Africa,” he says. “But there were many points of light. Clearly Africa was not living in obscurity.”

In 1979, Zouber, the President’s counselor, bought 25 Timbuktu manuscripts from the daughter of a former French diplomat who had been stationed in Mali and had taken them with him when he left; Zouber tracked her down in Cannes and paid about $25,000 for the lot. “Now they’re worth perhaps 10 times that amount,” he says.

Their astronomers didn’t follow the European leap to a sun-centered solar system, but they sprang far ahead in the mathematics of calendar writing — far ahead in trigonometry. The writings detail astronomic events six hundred years ago. Scholars, racing to translate this huge trove of literature, now wonder what these ancients knew of medicine, botany, chemistry and climatology. How did the knowledge of other regions flow through this glittering outpost? How much new science did it create?

But, the romantic image is hard to get around. In a recent survey of young Britons, a third thought Timbuktu was imaginary. The rest found the very name to be mystical. For most of us it remains a location in our imaginations — not in geography or history.

——
Read about and from the thousands of books in the great library, now named after Ahmed Baba, one of the greatest scholars in the history of the world.

MANUSCRIPT 4056
This work is a scientific treatise on optics, a branch of physics
that describes the behaviour and properties of light and the
interaction of light with matter. The writer outlines five premises
for aspects of visualization, detailing arguments for each.
It is written in Suqi script, but the date and writer are unknown.

MANUSCRIPT 4058
This treatise on astronomy and geography
describes lines of longitude and latitude,
and studies the dimensions of the earth. The
succession of night and day and the movements
of the constellations are considered.
The authorship of manuscripts dealing with
astronomy and astrology in this collection is
often unknown. It would seem that the study
of astronomy was closely intertwined with
astrology and this was rather frowned upon
by orthodox Muslim scholars.
The manuscript is written in Sahrawi script.

Volumes and volumes from the 14th and 15th century