This June, a Chinese man of 116 years passed on and the world recorded him as the oldest man. But there is someone in Nigeria older than him.

Mrs. Juliana Abebi Shodiya, nee Oketoogun, helped win converts for a church when it was built in 1901:

Funmi Salome Johnson of National Mirror was with this ancient woman recently.

She doesn’t speak the English language but she speaks fluent Yoruba. She is not lettered but no one can take away her noticeable intelligence and lucidity. 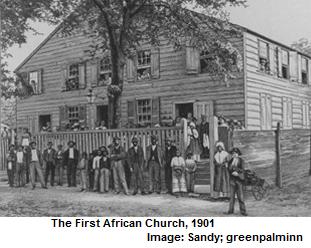 Mrs. Juliana Abebi Shodiya, nee Oketoogun, a centenarian, is no doubt a Christian. And this is obvious in your first encounter with her. Although, there is no record to prove the date of her birth, it is clear from her utterances about history and past events that she should not be less than 120 years old. This makes her one of the oldest in Agege-Ogba axis of the city.

In her ever vivacious manner, she ushered us into her humble abode located at garage bus stop behind a popular eatery on Agege/Ogba road, Agege, close to the palace of the Ologba in Lagos.

Incidentally, a set of twin boys who are gospel singers live close to her and she is very fond of them. On sighting one of them, Madam Juliana started singing their praise in the Yoruba language, “Taiye Kanyin, ijo le se eyin naa le o wo ra yin” meaning Taiwo and Kehinde, remain merry because you will take care of yourselves.

While speaking with Saturday Mirror, one of her neighbours who preferred to be simply addressed as Godwin from Delta State, who has lived with her in the compound for over 10 years revealed more about the old woman Madam Juliana.

“I have been living in this compound for over 10 years. I was living with my brother but when he died, I decided to still live here. I have known Mama for over 10 years that I have lived. I have never seen an old woman like this one. She is so friendly and yet so energetic.

Her memory is so sharp and she is still very agile. At first I could not believe her age but with the many stories she told me about herself, I can tell you that she is not less than 120 years old” he said.

According to mama’s grandson, Gbenga Oyewale who is in his early fifties, he is the first born of mama’s second child who died years ago.

Although Oyewale could not specifically say what Mama’s age is, he gave it as 120 years adding that she (Mama) told him of how she invited people to start attending the Holy Trinity African Church when it was founded in 1901. “Although Mama is from Owu in Abeokuta, her farm which is peculiar with Egba people is in Abese in Ifo Local Government Area of Ogun State.

She is very popular in Abese because when she was much younger, from the stories I have heard from her, she was itinerant trader called ‘Alajapa’ in the Yoruba language.”

Oyewale further disclosed that for so many reasons, she is grateful to God for mama’s life. “One would expect that at this old age; Mama would be senile and would not be able to do anything by herself. But she bathes herself and brushes her teeth on a daily basis with no assistance. She goes to the toilet unaccompanied; she knows where the toilet key is and she would go there any time she is pressed.

She warms her soup herself and does things without assistance and she is so healthy. She is really blessed” Further investigation, revealed that out of the four children of Madam Juliana (two boys and two girls), only two are alive.

My mother, Abeke Oyewale nee Shodiya who was the first child died 22 years ago at the age of 70. Uncles Femi and Laja Shodiya are still alive and are married with children but they seldom come to see Mama and that is causing her great pain” HRM Ibrahim Sanni Bamidele Ashade, the Ologba of Ogba land who ascended the throne over 12 years ago, said that he has known Mama Eleko as she is fondly called since he was a child adding that Mama is a blessing and that they all pray to be like her in old age.

“Mama is a very special person to us all and I can tell you that she is the oldest person in Agege Ogba right now. I have known Mama since I was a child and thank God for her life. She has indeed aged very gracefully,” the monarch said.

Oyewale also recalled the zeal Mama cultivated souls for God. “She is so passionate about God and she is indeed a strong believer. She is one of the foundation members of The Apostolic Church in Ijaiye Ogba in Lagos.

Up to now, they still bring her holy communion at home because of her inability to go the distance of the church regularly like she used to.” Oyewale further explained that one of the very first things she would ask you when she has an encounter with you is whether or not you attend church regularly?

“Do you go to church regularly? Don’t be far from God because He is the one who will give us all we need and He will never let you suffer. Those are the regular statements of Mama each time anyone came visiting her. She is so sharp and smart.

Without looking at the clock, she would easily tell you what the time is. She knows money calculation despite the many generations of currencies she had seen. She would always tell people that are close to her each time they come visiting her and demanding her to tell them a story. She would say, give me one thousand naira and I will tell you.

I remember one time she told one of the twins to give her money, Taiwo brought out a N10 and a N20 note from his pocket and gave them to her, and she looked at it and said Taiwo, so it’s N30 you are giving me. Her memory is sharp and she calculates well. Her only problem is hearing.

You will need to put your mouth in her ear and shout before she could hear you but her sight is as sharp as that of an eagle” Oyewale also added that he knew his maternal grandfather before he died.

He also disclosed that since he had grown to know his grandmother, she has never eaten anything made of garri and she doesn’t take drug.

“I have never seen Mama taken garri or anything made from garri. She doesn’t like to eat meat and even fish, she prefers to eat smoked fish; that’s her favourite.

“Because of her old age, she had witnessed all sorts, ranging from death of children to even the death of daughtersin law. Imagine my mother died, my aunt died and even recently one of her daughters in law died which we cannot even tell her for fear that she may give up on hearing the news.

As much as it is a good thing to grow old, it is very disadvantageous when one lives too old on earth but I thank God for her life” he said. Source