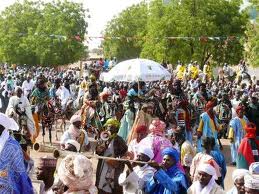 In January, Nigeria enacted a law that criminalizes gay and lesbian acts with up to 14 years imprisonment if convicted. In a country that ranks second on the list of Most Religious Countries, it was only a matter of time before politicians exploited our religious proclivity. Some Nigerian activists exploded with indignation at the unfairness of the law. In both traditional and New Media, they condemned it for what it is – an injustice written into law. They pointed out that the law infringed upon the rights of gay people to freely give consent as adults. While these activists acted nobly in resisting this act of injustice, the silence with which many have greeted news of unrelenting killings in North Eastern Nigeria suggests hypocrisy.

In February, 59 boys were killed in Buni Yadi, Yobe State while sleeping in their dormitories. In April, almost 300 girls were abducted from their school dorm at night in Chibok, Borno State. Seven months on, they are still with their captors. Just last week about 50 school boys were blown to shreds by a suicide bomber while on the assembly ground, in the same Yobe State. Over the course of this bloody year, schools, villages and towns in the North East have been sacked, thousands killed, and hundreds of thousands displaced. Both the government and the Military have shown a peculiar strain of incompetence in dealing with the insurgency and protecting Nigerians in the affected areas. The Bring Back Our Girls team has stubbornly continued their sit-out sensitization campaign even in the face of much maligning and ill-will from government functionaries. Aside that, there has not been any other sustained campaign to get our girls back or stop the bloodshed in the North. Those of us who take notice at all are quick to post RIP on our social media timelines and move on to other things. Unlike the lengthy arguments and debates in the aftermath of the passage of the gay bill, we show far less concern for the young lives being cut down daily and the sufferings of masses in the north.

The question is, why the selective outrage? Surely it is not because jail terms for gays, as despicable as that is, is a worse outcome than rape and death for school kids and their parents. An American writer, Jonathan Kozol, suggests that we “pick battles big enough to matter, small enough to win.” Could this be the reason for the apparent contradiction? Is it that we consider this an unwinnable war against a rampaging group and are therefore willing to give the government a longer rope? Or is the war so “distant” that we cannot immediately relate to its horrors? Could it be the fault of our media who have not done enough to humanize the victims in the war zone and connect us to the sufferings of these poor folks? Are our mostly southern and “Christian” activists biased in the present administration’s favor?

Or there is something subtler, deeper and more dangerous at work here?

Growing up as a Southerner in Nigeria, you learn to think of the Hausa man as an aboki. The term actually means “friend” and its use may have originated from purely innocuous circumstances, but it is invoked in a wide spectrum of situations, from friendly jest to downright insult depending on how derogatory the speaker wants to get. In today’s Nigeria, aboki has increasingly become a coded ethnic slur which, placed on a spectrum, may imply anything from a poor working-class northerner to someone stupid, sheep-like or cow-like, ignorant, primitive, and uncivil; an oaf, unable to grasp the complexities of modern life.

When we call someone an aboki we express how we think of them – a species behind on the evolutionary scale, to be relegated to the same level where sheep and cows occupy. We think of a people who can barely reason, can kill in defense of their religion with minimal provocation and whose minds lack any form of complexity. In short, the aboki is less human than those of us who are polished and higher on the evolutionary scale. This view of the Hausa man (and extended to almost every northerner), pervasive in southern Nigeria, might account for the way we quickly turn the page when we read about the massacres of the many school kids in Northern Nigeria, killed while simply trying to do what all of us do every day – better their lives.

I have often wondered what ordinary Germans thought of the Jews, and why the majority of them either looked on or even participated in the Holocaust. I have come to learn that gradual societal indoctrination that dehumanizes those we call the “other” helps make massacres possible. American slave-owners called blacks “apes,” the Nazis saw the Jews as “vermin,” and the Hutus called Tutsis “cockroaches.” Psychologists tell us that equating humans to animals help to smoothen the creases of our conscience against the population we want to exterminate.

While no one can reasonably argue that the scale of killings in the North East today set out to be a genocide, or that the government is necessarily conspiring against its own citizens, or that the ostensibly benign term, aboki has malicious intent, our failure to rage loud against these frequent killings is perhaps no different from the silence of Germans pre-1939, the Hutus of 1994 or even the Jews of today in their dealings with Palestinians. We become enablers by our silence. We are barely troubled that a government given the mandate to secure the population of a town instead flew their own relatives out of the troubled zones. They are currently on the campaign trail, justifying why we owe them another term in office even as they pussyfoot over the fate of hapless North-Easterners who daily face the threat of attack from a bloodthirsty gang of murderers.

While we may think that Boko Haram does not have the intention to wipe out Northerners like Hutus did to their Tutsi brothers, Boko Haram has consistently shown that there is no rationality or formula to their lunacy. Truth is we cannot predict what they will do next or where they will go. Just three years ago, Northern leaders could not have predicted that Boko Haram would turn on northerners and Muslims to satisfy their bloodlust. The group started out much like bandits, attacking churches and killing Christians or Southerners wherever they could. Many prominent Northern leaders maintained a typical loud silence. Whether it was because of the political inconvenience of condemning those acts or because they thought of the group as carrying out some small-scale justice on their behalf, they allowed the violence to fester. The beast is finally out of control and does not know its own master anymore.

It would be a grave mistake for us to assume that all Boko Haram wants is some territory to fly their flags, govern their fellow “abokis”, and be left in peace. It would be best for the government to realize that this is war and an assault on the sovereignty of the country and finally begin to handle it with the seriousness it deserves. Given the uncoordinated way they have dealt with issues so far, they are perhaps incapable of arriving at this conclusion on their own. It therefore behooves on the civil society and our many self-proclaimed activists, “thinkers”, “media-influencers”, and “intellectuals” to continue to pressure the government until they snap out of their costly slumber. When Boko Haram is done with the “abokis,” we can be sure it will come for the rest of us as well.

In November, I attended a dance recital and one of their pieces – titled “Gone” – was graciously dedicated to “the kidnapped girls of Chibok”. According to the dancers, these girls “have been made to feel less than they are…” The performers were mostly white undergraduate girls, far removed from the horrors of Boko Haram. Yet, by dedicating their work to our Chibok girls, they show us that humanity should know no borders. Those of us closely involved should not withhold our voices either because we are tired or because we just do not care. Our consistent, unyielding voice and unwillingness to cut the government some slack is not just about those who live in the north and who have every right to be protected. It is also an affirmation of our humanity.