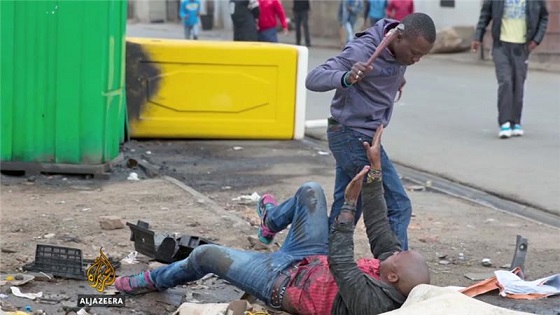 I had barely spent 10 minutes on South African soil when I knew that Nigerians were unwelcome. Arriving at the O R Tambo International Airport, an immigration officer irritatingly asked me how long I was staying, despite seeing clearly on my passport that I had a visa to stay up to 30 days.

“Just five days,” I replied slowly, as confidently as I could. “And that is because I cannot wait to be back in my country.”

Taken aback, the middle-aged woman reclined and removed her glasses before saying: “That is very surprising. There are a lot of people from your country in here and we keep telling them to go, but they won’t.”

That was in March 2013. So it was unsurprising to hear the rumours last week that “South Africans were killing Nigerians.”

Five years ago during a visit to Cameroon, a friend and I lost our way inside an expansive hotel in Yaounde. That was the day I discovered it was a crime to lose your way in a strange land, even if all your travel papers were intact.

First, we ended up at the security post, then we were threatened with deportation, and finally, with imprisonment. For a moment, my friend and I wondered if we were Africans in an African country; if it was still the same country famed for its spirit of brotherhood and camaraderie.

From time to time, my Kenyan friend tells me how Nigerians troop into their country to “take over their women and their businesses” – in that specific order. While Kenyans have proven to be far more civilised than South Africans in their unhappiness with the Nigerian presence in their territory, the truth is that they would rather have a Kenya shorn of Nigerians.

When I first heard on April 13 that South Africans were “killing Nigerians”, it was untrue at the time. But with xenophobic attacks confirmed, I knew it was only a matter of days before we’d hear about the first Nigerian casualty. As of April 22, seven people had died from the attacks, all non-Nigerians. But a few Nigerians had lost their businesses and were severely injured; eight of them are now on their way out of South Africa.

I can understand the frustrations of the average club-wielding South African street urchin who thinks the best way to secure gainful employment is to hack down a black immigrant. What I can hardly understand is the veiled irresponsibility of the South African ruling class. Here are three classic examples: Read full on Aljazeera