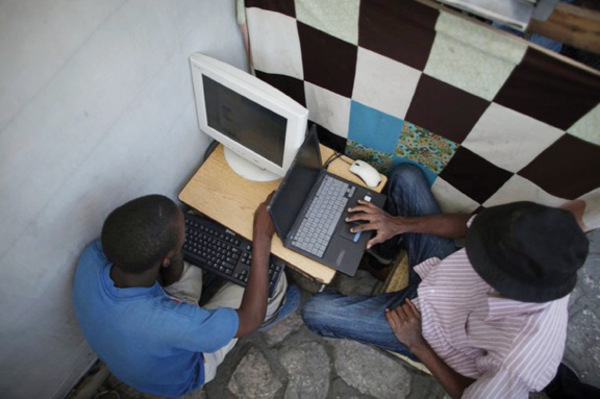 Yahoo Yahoo boys, 19 boys and our 4th republic politicians are both thieves and criminals, but frankly Yahoo boys are better. Think about it. Yahoo boys bring foreign exchange into the country while sort-of disgracing us abroad; whereas these vampire politicians rob the nation’s wealth and the future of its children and invest in importing exorbitant jets, bullet and bomb-proof vehicles and purchasing mansions abroad. The politicians disgrace us globally, render us the most hopeless black people on the planet, steal from us, cheat us, insult our intelligence, sponsor terror against us, deprive our military and lead them to their death ill equipped, rob from our mothers’ kitchens in kerosene subsidy scams, you name it; nothing is too sacred or too essential for them to steal from us or exploit us of.

But in this discussion, a worse issue that somersaults the thinking is that certain and enough broke masses like me and you side with and praise and support these politician-thieves. They see some ex-governor’s house and say, ‘wow, impressive, this man is made.’ Instead of them to spit in disgust and plead God’s urgent wrath upon the wicked, shameless polithievian. Why are we such lickspittlers? What level of chronic subjugation and deprivation forces a people to admire cabal criminals that they should be stoning at every given opportunity? Broke, dying and yet praising those who kill them, slowly or quickly, but surely. We divide the thieves into ‘ours’ and ‘theirs’ and stand by ‘ours.’ Are we not idiots, for standing by politician thieves as ‘ours,’ because we have been thrown into a ring as gladiators in a fight viewed enthusiastically, jointly by the cabal politicians on all sides of the aisle, while they chew popcorn?

And then when we find some hungry fellow who steals some pepper, we, the same we are brave and energized to call them out as thieves and beat and stone and burn them to death, pushing the pepper up their legs. Recently a woman in Lagos who could not afford to feed her kids, stole a yam tuber, and the system — that works and favors only the Cabal — sentenced her to two years in jail, the same length of sentencing politician thieves get or rather do not get as a maximum sentence for stealing billions. What are we?

As a people, how much longer can we continue this meager level of existence? Do we not owe more to our forefathers, parents, friends, children and future generations, than being a population of majority youth and impoverished masses that tolerated this extreme colonial level of exploitation and disenfranchisement? We be mugun?

It is time we tell ourselves and the next person to tell the next person that this can be no more, we must rebel against politician tyranny. I have taken a stand. I do not tolerate or support any tyrant politician. I react to them and actively pursue their dethronement and incarceration.