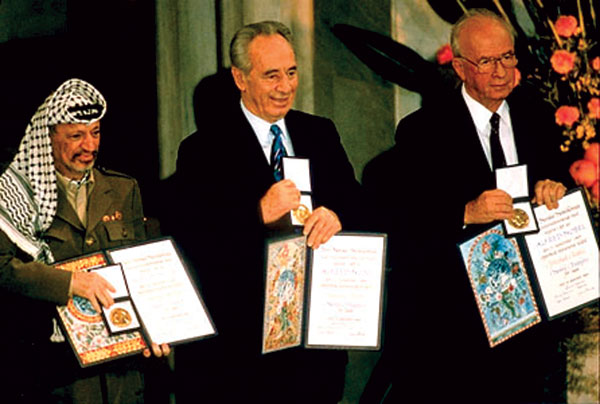 Tests performed by a laboratory in Switzerland found significant traces of Polonium-210 on the late Palestinian leader’s clothes, adding a new twist to a case that has obsessed the Arab world for years.

Polonium-210 is the same substance used to poison the Russian dissident Alexader Litvinenko in London.

The claims are likely to renew long-held Palestinian suspicions that the Israeli spy agency Mossad assassinated Arafat, who died in a Paris hospital in November, 2004.

The Institute de Radiophysique in Lausanne found elevated levels of the element on Arafat’s personal effects. A urine stain in his underwear registered a level of 180 millibecquerels of Polonium-210, more than 20 times the dose to kill an average human being.

“I can confirm to you that we measured an unexplained, elevated amount of unsupported Polonium-210 in the belongings of Mr Arafat that contained stains of biological fluids,” Dr Francois Bochod, the director of the institute, told Al Jazeera, the pan-Arab television station.

Al Jazeera sent Arafat’s clothes to the institute for testing after obtaining them from his widow as part of a nine-month investigation into the revolutionary’s death.

Many theories have been advanced in the past for the cause of Arafat’s death, and his case notes – which are alleged to show that he had suffered cirrhosis – have never been released.

A former speech writer for President George W Bush claimed he had contracted Aids from a homosexual relationship with one of his guards, while aides of Arafat have alleged that he was poisoned by Mossad with Thallium, another radioactive element.

British police and doctors initially believed that Litvinenko, a former KGB officer who defected to London, was killed with Thallium, a misdiagnosis because Polonium-210 is harder to detect with normal hospital equipment.

Some of Arafat’s symptoms, including vomiting, cirrhosis and coma, are compatible with Polonium-210 poisoning, which results in a long and agonising death. But it is not thought that Arafat suffered hair loss, which is thought to happen in half of cases of significant exposure to the element.

The dose allegedly ingested by Arafat was much smaller than the amount that killed Litvinenko, making it even harder to detect.

British police dealing with the Litvinenko case have alleged that only a sophisticated, state-backed intelligence agency could source Polonium-210 in a form that could be used to poison someone. -Telegraph