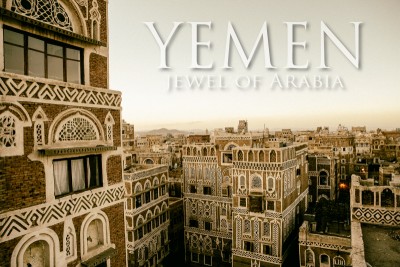 “Ramadan started with slaughter in Yemen”

“Yemen is starting Ramadan with hardships”

These are just a few headlines from newspapers published in Turkey. Reports speak of mosques being bombed, and poverty and price hikes wracking the country due to the ongoing fighting, and to more than 3000 people being killed in the last three years.

These things are totally incompatible with the spirit of the blessed month of Ramadan, in which we are now. Ramadan is an important means for strengthening vitally important values among Muslims, such as solidarity, brotherhood and unity.

Believers who rise together for sahur before dawn throughout the month of Ramadan also break their fast together at iftar in the evening. By reflecting on thirst and hunger, they better grasp the plight of the poor and needy, and the importance of helping them. After iftar, they pray in long lines together, and experience the delight of unity and union among Muslims.

As with fasting, union and unity are also encouraged in other religious observances of Islam. Thousands of Muslim brothers and sisters in ihram circumambulate the Kaaba altogether. Through observances revealed in many verses of the Qur’an, such as giving alms and spending on the path of God, they spend money on their poorer brothers and meet all their needs. All these examples of moral virtue draw Muslims closer together and strengthen the bonds between them.

Fasting, which all Muslims around the world perform in unity and fortitude during the month of Ramadan, is one of the elements of Islam that encourage believers to be united and display solidarity, irrespective of any differences. In the time of our Prophet (pbuh), there was never any discrimination among Muslims on the grounds of color or nationality, and they all lived side by side. The Companions Suhayb ar-Rumi, Salman al-Farsi and Bilal al-Habashi were greatly loved and respected by other Muslims, despite not being Arabs. The Companions never impaired – but even further improved – this brotherhood in times of war or peace, plenty or want, and never permitted any discrimination between them; God rewarded their punctilious adherence to the verses of the Qur’an with victory, and Muslims became increasingly powerful, spreading Islam across a wide territory.

The countries of the Islamic world today have incomparably greater lands, resources and populations compared to those times, yet a great many Muslims are living in hunger, want and suffering.

Every day we wake up to new reports of cruelty from Muslim countries, one day from Yemen, the next from Syria or from Burma or East Turkestan or others: For decades, Muslims have been martyred and driven from their homes. There are tens of thousands of orphans and male and female refugees in need of aid in all Islamic countries. Our brothers are banned from praying and fasting, their mosques and places of worship are torn down and major efforts are made to prevent them from assembling together; our sisters are raped, our brothers are taken into detention from their homes for no reason and never heard of again. Muslims are burned alive, or taken to mass graves and shot. They are abandoned to hunger and thirst and horribly mistreated.

The only solution in which all these things can be brought to an end is for all Muslims to unite at once under a single roof, as in the time of our Prophet (pbuh) and to be brothers united by ties of love and compassion. God has revealed several verses commanding Muslims to live in unity. Muslims have a religious obligation to be united, as revealed in such verses as verse 103 of Surah Al ‘Imran, verse 10 of Surat al-Hujurat, verse 46 of Surat al-Anfal, verse 39 of Surat ash-Shura and verse 4 of Surat as-Saff.

God reveals this obligation in the verse “Hold fast to the rope of God all together, and do not separate” (Surah Al ’Imran, 103). The most urgent need facing the Muslim world today is to heed that command and be united. Division and separation is a sin, especially in such a climate of oppression.

Almighty God also warns Muslims what will befall them if they disobey that command:

“… If you do not act in this way [be friends and protectors of one another] there will be turmoil in the land and great corruption.” (Surat al-Anfal, 73)

As God reveals in this verse, this strife and corruption in the world will not cease until Muslims are united. If – and only if – Muslims live as friends and help one another, will the world then attain great well-being. Therefore, the vitally important step for Muslims to take in order to bring the pain, bloodshed and tears all over the world to an end is to be united and one another’s friends and protectors.

In order for the Islamic world to return to its former days of peace, Muslims must first be bound to one another in love and affection, irrespective of differences of nation, race, tribe, sect or school. The arguments and disputes among them must come to an end. They must adopt one another as protectors and brothers. Sectarian differences must come to an end, and they must regard all Muslims in the world as their brothers. All Muslims must pray and sincerely strive to bring about this unity for the salvation of the Islamic world.