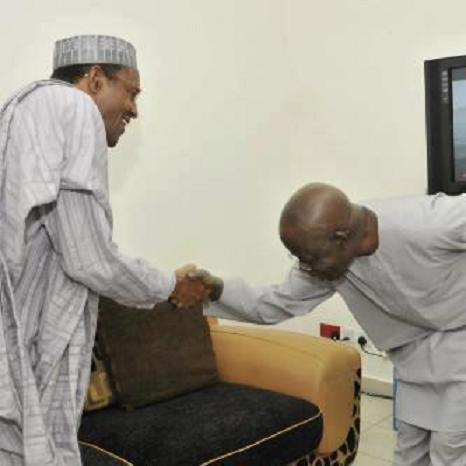 NewsRescue– A most intriguing writer, going by the name, ‘Yemitom,’ and blog, ‘Adelami,’ who appears to be Yoruba due to his planting the Yoruba West African ethnic group at the center of all civilization, has produced an amazing piece of writing history, that provokes fascination, amazement and controversy bordering on ridicule.

In a more than 10 pages of well written and composed academic standard publication, this prolific writer slammed virtually all groups and affiliations in history, excluding his Yoruba people. Muslims, Christians, Jews and Persians, both the recent Muslim and ancient Zoroastrian Persians were not saved from his or her ferocious attack.

Ethnic groups in Nigeria from the Igbo to the Fulani and all between, also fell under his dagger. One thing above all, could be concluded from this writeup,- that the author or authors viewed the Yoruba people’s, the ‘true descendants of Jacob,’  as he wrote of them, as the center of the world, and all else was subject to these people.

Here are some pieces from his publication, titled, “Analysis of historical fractals: determining the religions of Christianity, Islam and Judaism as Indo-European, non-Abrahamic and Canaanite, and Ifa as the only Abrahamic religion:”

Another indicator of relationship among the Assyrians, Middle Belt peoples, Yoruba, Edo and Igbo is the presence of ‘wa’ at the end of personal and communal names e.g. Oduwuwa (Yoruba), Ọmọṣalewa (Yoruba), Adesuwa (Edo), Shuwa (Borno/Kanuri?), Shuluwa (Benue), Hausawa (Hausa), Yakowa (Kaduna), etc. Also, it is interesting to note that the geographical pattern of settlement of the ancient nations of the Levant has been replicated in Nigeria where their descendants have settled for over a thousand years

On Semitic faiths, he/she had this to say:

Upon taking over the ancestral lands of Negroes from the Middle East to North Africa the Indo-Europeans made up the religions called Christianity, Islam and Judaism filled with lies to justify themselves, deceive people about their motives to kill the Redeemer’s people and prevent Him from establishing His kingdom on earth (Revelations 12). First there were Jews who, in collaboration with Hellenists, lied about their origin in order to deceive people about accepting Christianity and them as Israelites. Later, the Turks and Persians/Iranians introduced Islam as the third leg of the religious triad.

Of the Hausa people who inhabit Northern West Africa, he had this to say:

Hausa people are the ancient Assyrians – The Hausa people of West Africa are the Biblical Assyrians and still remember that they migrated from the Middle East as recounted in their famous Kisra legend (41) (42) (43). A title used by their rulers is Sarkin meaning “the king of” which the Indo-Europeans translated from ancient Akkadian texts as Sarru-ukin and Sargon (44). Hausa, the name of their eponymous ancestor has been erroneously transliterated by the Indo-Europeans as Asshur.

Of Nigeria’s Edo and Igbo tribes:

Edo people of West Africa are the ancient Edomites – Edo is the name of the eponymous ancestor of the Edomites which has been erroneously transliterated by the Amorites as ‘Edom’ (45) (46). His other name is Idu which the Hellenists (western Indo-Europeans) transliterated as Idumea. The Edomites still possess the innate love for the red colour, just as the Igbo who were spliced out from them in the 18th century CE but took with them the craftiness, envy, hatred and materialism which Esau and the ancient Edomites were notorious for (47). Sometime in the 16th century CE the Edo monarchy sent a military expedition westward, invaded and took control of a part of Yoruba land now known as f (48).

He further describes the Igbo:

Igbo people, the pure Edomites intent on destroying everything Yoruba

The Igbo homeland is in south-east Nigeria and they settled there after they were expelled from the Edo kingdom in the 18th century CE. Edo Edo is west of Igbo land and the direction of expulsion was eastward. When the West (Hellenists) colonized this part of the world they told the Igbo that they must be Hebrews and thus brethren of the Jews (synagogue of Satan) because of the presence of some similar cultural practices (164). Since then the Igbo have been making noise about it but have so far not been able to contribute anything to understanding the life of ancient Israel. They claim that Nri is the name of their ancestor and, after seeing that a certain Eri was one of the sons of Gad, son of Jacob (Aku) and noticing the similarity in both names began to claim that they descended from Eri. They also concocted a story that when during the exodus of the ancient Israelites from slavery in ancient Egypt…

About the Fulanis, he had this to say:

The Fulani are a black African people spread across the southern fringes of the Sahara desert with their homeland thought to be in southern and south of Mauritania (136). They are known also as Fula, Peul, Fulɓe, but in Nigeria is where they are called Fulani. Their history seems mysterious but what many do not yet know is that their history and behavioral pattern is recorded in the Scriptures.

Put, also spelled as Pul and Phut, is mentioned as the name of one of the sons of Ham (Genesis 10:6). Historians have pointed out that the home of the biblical descendants of Pul was somewhere close to Mauritania in Africa (137). In the Scriptures they are described as archers (Isaiah 66:19; Jeremiah 46:9) and heifers (Nahum 3:9)

Of the Yoruba’s, the group of his obvious affiliation, he described:

Divinely guided escape from the East to the Promised Land

The Redeemer guided Abraham from Mesopotamia to the Promised Land (Genesis 11:27-12:9), Jacob from Syria – where he started his family – to same, and, in leading by example, the Redeemer came from the east when he was born to bring the message of salvation and gather His people (Matthew 2:2-11). Before His birth, He led the lost sheep of Israel as they left the collapsing Assyrian Empire for somewhere in Africa’s interior where they would wait for Him to redeem them (2 Esdras 13:39-50). One of the means of spiritual consultation used by His people to communicate with Him is the ephod. Of all the peoples from whom trans-Atlantic slaves were taken from Africa, the Yoruba use Ifa exactly as the Ephod’s use is described in the Scriptures (15), indicating that Indo-Europeans might have mischievously transliterated Ifa as Ephod. It would have been used to get instructions from the Redeemer about which way to go and where to settle, much like when the families that constitute the Iremo Quarters in Ile-Ifẹ, Yoruba land, left Ile-Ifẹ under divine instruction to settle in their own portion of the land (16). The Assyrians deported some peoples to ancient Israel during the period of Israelite exile.