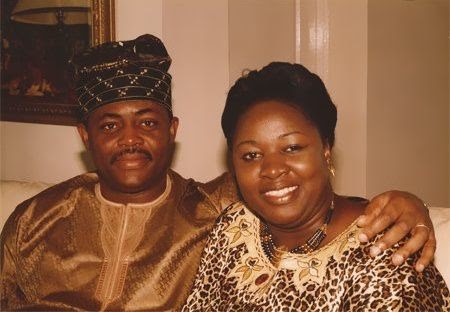 A Time to Ponder about Nigeria, By Femi Fani-Kayode

Is it not time for us to have a confederation of nationalities in Nigeria and to restructure the country drastically to give maximum autonomy to the various regions and nationalities? Or indeed, is it not time to just break up and go our separate ways?

Today a great march and protest is taking place in the Catallan region of the ancient and beautiful nation of Spain. According to the polls 52 per cent of the people from that region wish to break off from Spain and to establish a new European sovereign state.

Later this year, the people of Scotland are having their own referendum to determine whether or not they will stay in the United Kingdom and again, from the polls, it is very clear that the majority of Scots wish to have their own new sovereign state and that the Scottish Nationalist Party enjoys massive support. Nobody in either Spain or the United Kingdom has insulted those people or labelled them as ”ethnic jingoists” or ”primitive tribalists” for wanting to break off from the greater whole and establish their own country.

This is because everyone respects the right of the various ethnic groups and nationalities within their wider nation to exercise their right of self-determination which is an integral and fundamental aspect of international law. Exercising that right does not turn them into villains and does not make them any less patriotic than their compatriots who do not share their views. It just means that they have a different perspective and that they believe, as many believed before Malaysia and Singapore broke up, that the interests of their various peoples are better served when and if they go their separate ways.

They opted to be friendly neighbours rather than to be compelled to remain within the same territory against their collective will. As we in Nigeria approach the 100 year anniversary of our 1914 Lugardian amalgamation and, as the 2015 elections approach with both the northern region and the south-south zone desperate to take or to hold on to power at any cost respectively, we need to begin to ask ourselves some basic and fundamental questions about our future. For example, is our interest better served by remaining as one nation or is it time for those nationalities that wish to leave the federation in a peaceful and orderly way, as a result of a legitimate and honest referendum, be allowed to go?

If the breaking up of larger countries into smaller and more viable ones is good enough for India (which broke into three), the Sudan (which broke into two), Czekhoslovakia (which broke into two), Yugoslavia (which broke into 5), the Soviet Union (which broke into 15) and numerous other countries over the years, why is it not good enough for us? Again why should those that believe that Nigeria ought to break up be subjected to so much suspicion, ridicule, contempt and insults from those that do not share their views? Some of the questions that need to be answered are as follows: Firstly, is our union working? Secondly, is our marriage a good one and if it is is it a happy one as well? Are we satisfied with what has essentially become a country that has been turned into nothing more than (with apologies to Chief Bode George) ”turn by turn Nigeria”; where each ethnic group simply looks forward to enjoying its time to control the federation and all the nations resources from an all powerful centre? Are we not meant to be far more than this? Is this what the founding fathers of our nation envisaged?

More than anything else the recent Igbo/Yoruba debate over the issue of the status of Lagos state and the deportation of a handful of Igbo destitute back to the east has proven to me that we as a people are very different from one another and that our interests may be better served if we are no longer bound together as one. I dare to voice this opinion even though many Yorubas share it but will not say so publicly. Is it not time for us to begin to accept the bitter truth that our marriage is uncomfortable and unhappy and that it may not have been made in heaven or ordained by God? Is it not clear that each region or each nationality ought to be able to develop at their own pace? Is it not time for us to have a confederation of nationalities in Nigeria and to restructure the country drastically to give maximum autonomy to the various regions and nationalities or indeed is it not time to just break up and go our separate ways?

Many may disagree but one thing that I believe that we can at least agree on is that perhaps it is time for us to be courageous enough to begin to talk about these issues openly and debate them. We must not sweep our differences under the carpet and ignore them as if they do not exist but instead we must find the courage and muster the resolve to acknowledge them and understand them. As far as I am concerned, this is the challenge of our time and these are the questions that need to be answered.

Whatever happens in 2015 and whoever wins, whether it be a northerner or Goodluck Jonathan of the south-south, I see blood on the horizon and I see disaster approaching. Stark promises from notable players such as: ”There will be bloodshed if Goodluck is not re-elected,” do not help and are not encouraging. There are equally strident and bellicose murmurings from the other side as well and some have threatened that if there is a repeat performance of the massive rigging that the north witnessed in the Presidential election of 2011 anywhere in the country in 2015, ”Nigeria will burn” whilst another key player said that ”both the dog and the baboon shall be soaked in blood”.

These words must be taken very seriously indeed and they reflect the thinking and mindset of millions of people from both sides of the political and regional divide. Worst still, whether we like to admit it or not, religion has now become a major factor in our politics with Christians being told in their churches that it is their solemn duty to support a Christian presidential candidate and Muslims being told in their mosques that it is theirs to support a Muslim. We are sitting on a keg of gunpowder and in my view 2015 really will be the year of make or break for Nigeria. Sadly, in my humble opinion, it is far closer to ”break” than it is to ”make”. If we wish to avoid the road to Kigali we must change our mindset and make the necessary concessions that we need to make. We must begin to think outside of the box and be far more innovative and adventurous. For example, why is it a must in the minds of some that the PDP must field a Christian as it’s presidential candidate and why are some in the APC of the view that the party must field a northern Muslim as its own? These hard and fast fixed positions are most unhelpful and the right thing and proper thing to do is to completely discard them and attempt to find a presidential candidate that is a Nigerian before being a northerner, a southerner, a Christian or a Muslim. And, thankfully, there are quite a few of such people around in the new generation if only the system will be far-sighted and enlightened enough to allow them to emerge and run. Failing that, we must open up the space now and consider the unpleasant assertion that the premium that a united Nigeria attracts may not be worth paying simply because we are getting nothing but failure after failure and sorrow after sorrow as our consistent return.

I do not have all the answers and neither do I claim that I do. Indeed, I may well be wrong which is why I would be interested in hearing the views of others and particularly those from the younger generation who may see things very differently. Whichever way it goes and regardless of what we all think, let us not allow this debate to be driven by the uninformed or ignorance, pettiness, hate and acrimony. Let us not insult one another or act as if any tribe or nationality are a collection of angels whilst others are nothing but demons. Let us join issues and exchange ideas in a civil, restrained and decent manner without hurling insults at one another or allowing our emotions to becloud our thinking.

At the end of the day we all want the same thing- namely, to put in place a system that is in the best interest of the Nigerian people and to empower a new leadership that will allow them to achieve their full potentials? That is the objective and that alone. Over to you. – Source