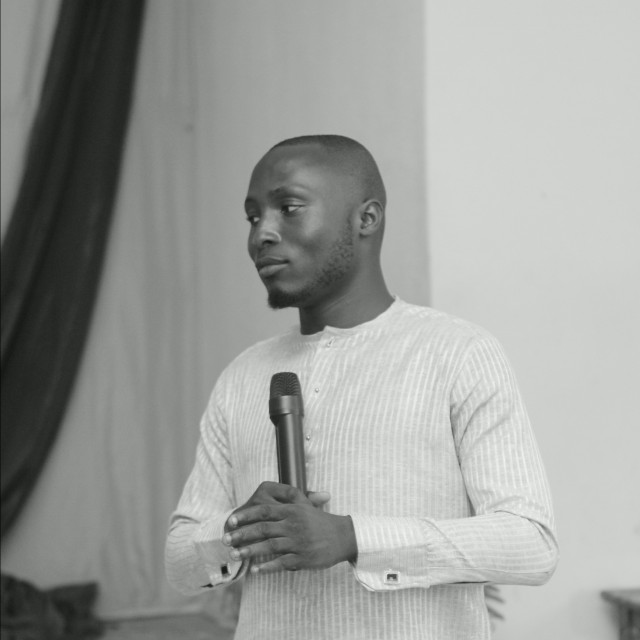 Man has the preemptive tenet to stand up against injustice, deprivation, and hardship especially when such is imposed on his society by his fellow man.

There are good men! Yes, great men whose heart would ricochet continuously until justice is served and society is free from all forms of oppression.
These class of men are called LEADERS, appointed either divinely or socially to deliver the people from oppression.

History has it that majority of the greatest leaders are born without a silver spoon,yet their heart beats for the people with leadership traits similar to the Lincoln and Obama’s of our time, but Alas! the strong rooted vices in our society shattered their defenses and from future leaders, they became future looters.

This is one of the many tragedy that befell our generation!

Within our clime, it is the urge to stop injustice, to speak for the voiceless, to implement the people’s policy, to become the liberator that drives majority of our leaders into the political terrain. Unknowingly, our political environment is too brutal to be kind, as frustration either makes you bow out or bow down.

Unfortunately these leaders, armed only with valor and the will to lead truthfully find themselves in a political environment designed and well rooted into our mental psyche in a way that negates any iota of goodwill and pitches the 20% minority elite against the 80% majority masses.

Africa’s problem is more of followership and less of leadership, because as bad as the political environment is, it is a somber reflection of the kind of followership we have.

Let me not digress to followership, but it is a clear narrative that Africa has the largest amount of poor, corrupt, gullible, and docile followers. Else, this political system of ours would not have been so rooted that it possess the ability to trample and silence any good leader.

Our elite structure is an analogy of the chief and his dog, meanwhile the benefits attached to leadership in our society is way too magnanimous to become satisfied with paltry sums.
These tantamount benefits is not limited to unrestricted access to state treasury, mineral resources, Societal glamour, state defense mechanism, access to spiritual and all other kinds of support.
How then will the good ones not falter? Even the saints amidst us would backslide.

These leaders whose journey into our political terrain is devoid of understanding of the politricks and politicking accrued to our system, do not understand that loyalty as defined by our system is a blinded loyalty to your political godfather, not to the state, society or direct constituents.

They do not understand that in our system, you don’t speak for the 80% masses but you use the influence of the 80% to solicit for wanton benefits only to divert and have it shared within the 20% elite.

They are oblivious of the fact that you do not say NO when your leaders say YES, they do not understand that in our society, you are an activist to the people but a polithiefcian to the elite. Alas, they were not learned in the art of power play.

In their pragmatic vigor, they must have stepped on toes, and they would obviously pay dearly for it!

As products of poor background, in this phase of their political journey the political terrain becomes more challenging and they begin to experience what is called “The seclusion phase”.

Being without any political caucus and short of political information (being the oil of every political vehicle), being secluded from the decision making table ( the 20% dining table) and committee in charge of fat purse project, they are fast approaching political suicide.

Without the financial warhead to stand against electoral vices or to appease their followers, they are not far from betrayal, firstly from disgruntled colleagues to constituents whose leader failed to allay to them the purported dividend of democracy.

As a result of the situation of things, these leaders who came into our political fray with democratic intentions would be forced to become political activist. Although only about 50% of these young leaders gets to this stage of political seclusion without faltering along the line,even at that it only takes a little while more.

Afterall every man has a price!

Having stood the test of time to this level, our future leaders are faced with the reality that our politics is not of ideology and not for the people especially when the people will not stand up for you in times of challenges.
The political gladiators whose political prowess controls the electoral process would have at this point earmarked our future leaders for total removal from the political decision making table since they are not of the same caucus and would not readily play ball.

Hence the politics of rerun begins.

The politics of electoral rerun is the politics of give and take. But alas, these set of leaders are only equipped with oratory opulence and societal goodwill. They have no stake whatsoever in the electoral machinery hence, they are stuck in between getting out of politics for life, becoming full time activist without access to the elite dining table not forgetting how poor their families were, or to throw their weight behind the politics of rerun with assurance of negotiation and counter-negotiations, stringent conditions and extra measures imposed by the political gladiators who although are the direct enemy of state, but whose hand lies power to dictate who becomes who in our political clime.

I need not tell you the choice our leaders have taken,the end already justified the means. We need not look too far as to the reason for our compounded woes, because these young leaders came with good intents but you and I who make up the system frustrated them into taking up the last option of negotiation for re-run and thereafter, they became our societies worst looters because of the fear of reject, the danger of ending up poor in a society that stabs the liberator and praises the oppressor.

Know ye not that the policeman who decides to take the route of crime becomes a very strategic and articulated criminal, Hence the lootery regime of our past looters is but a child’s play compared to when an initially pragmatic and intellectually capable leader becomes converted to a treasury looter, the end is always disastrous.

That is the trajectory of a failed generation!

Our society now breeds renewed political personalities who having learned the politics of the land the hard way will play their cards so well that the future of our present generation might as well be looted.

Who then do we cast the blame upon?

Our young leaders who became converted to old looters by the system?