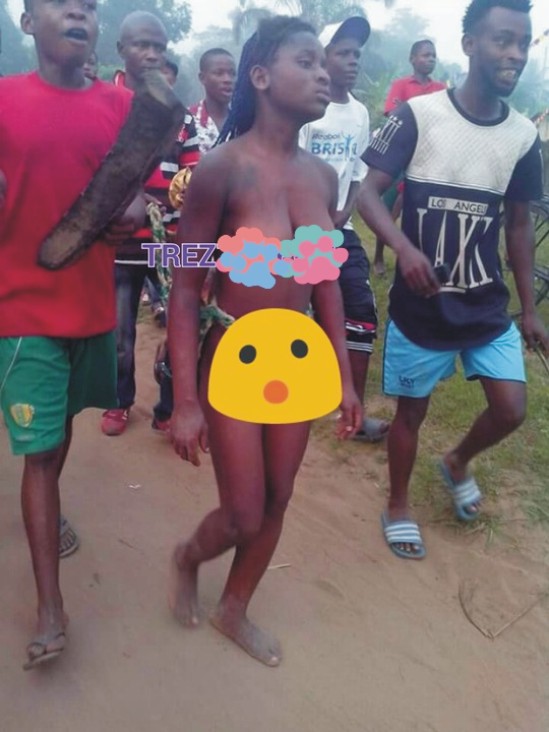 An unnamed young lady who lives in Cross River State was on Friday paraded unclad after she was allegedly caught with a stolen fowl.

According to an eye witness account, the young lady who lives in Ekparakwa Community in Cross River State has been stealing fowls in a particular poultry farm where the owner usually don’t pass the night.

However, according to the witness, the owner upon knowing his chicken has been missing decided to be sleeping in the farm.

“This young girl is from my neighboring community, she has been coming to steal chicken in one poultry farm where the owner of the farm does not use to sleep there, and the owner knowing that his chicken has been missing decided to be sleeping in his farm. Unfortunately for the girl this time she was caught and couldn’t run away again as she use to do”, he said.

She was apprehended by angry youths in the community and paraded unclad around the village.