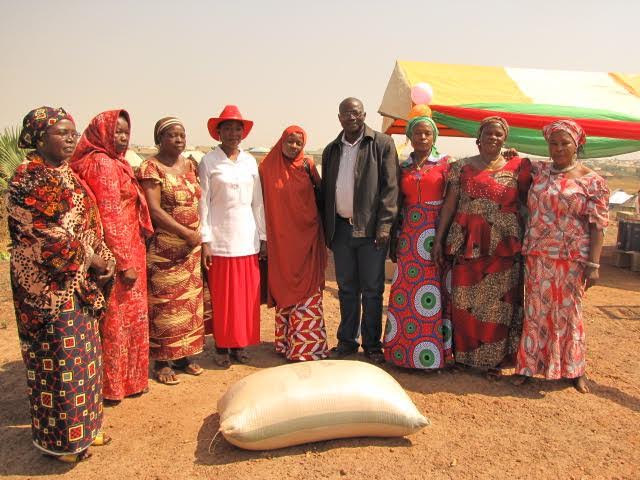 As part of effort to strengthening peaceful co-existence among different fait organization in Nigeria with the aims of boosting religion Tolerance, forgiveness and better understanding, as a way to shun all forms of ethno-religious, political crisis bedeviling the peace stability in the region for decade of years , in other to have an ever-lasting relationship between Muslims and Christian.

A Muslim woman volunteered bags of rice and other food stuff to over 50 Christians widows for Christmas celebration with their families at Christ evangelical church ministry Sabon Tasha Kaduna south, with the sole aims of helping the needy at this economic recession season, so that they can celebrate Christmas with joy and happiness like every other Christian families across the world with enough Food to eat.

Hajiya Ramatu Tijjani who is a peace ambassador from a Northern Nigeria said supporting Christians widows with a enough Food stuff to cook for their families at the yelutide season will reduce the hardship most abundant widows faces in the communities without any assistance coming from philanthropist and government organization and Non governmental organization” it make me happy helping widows and elderly person with their children at every time ,and its my hope to see other people emulating when helping the poor and other needy person at season like this approaches.”

Hajiya Ramatu Tijjani said, last year she donated over 20 backs of Rice,Beans,palm oil and other cooking stuff to reduce the cost of purchasing food items to many christians families at season like this in some part of the Northern state. 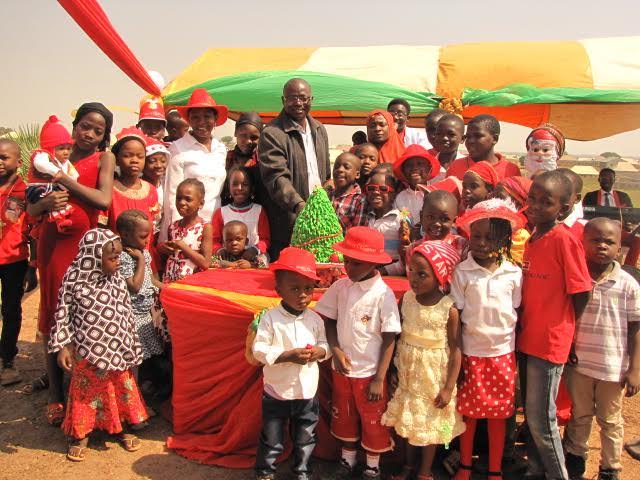 Christmas provides an opportunity for Muslims to demonstrate to their Christian neighbors that Islam is a faith of peace and love, and that is why “she said she want to see widows and orphans, elderly person at the yelutide season smiling and enjoying them serves, that is the reason for donating this foodstuff to Christian family only, in other to use it for christmas and new year celebrating in peace and happiness.”

Ramatu said I choses to donate these foot stuff to the widows of “Christ evangelical ministry church sabon tasha kaduna south” because in each and every year ,during the holy month of Ramadan the general over seer of the church pastor Yohanna Buru always distribute Food and other drinks to Muslims IDPs, destitute and inmate, and during sallah celebration,he assist widows and orphance with cooks food and drinks, she said that what impressed her to start helping Christian widows.”

Ramatu simultaneously added that “I wish I have enough money, I would have bail over 100 christian inmate to go home and celebrate Christmas with their friends,relative and family, like what pastor Yohanna Buru usually does at the beginning of every Ramadan; freeing Muslims prisoners for Ramadan sake ,so as to promote peace and unity among different religious bodies in the country.

Hajiya Ramatu then call on federal government for the Creation of institutes of comparative studies which according to her will end ethno-religious crisis.

According to her , the creation for institutes of comparative studies will surely increase better understanding, religious tolerance, forgiveness, reduce blaspheming tendencies, and how to live in peace and harmony between Muslims and Christians and other religious believers, in accordance with the teachings of the Holy books, and this will boost the activities of local and international interfaith activities across the 36 states of Nigeria.

She noted that there are more than 6,000 religions in the world, most of which are very different from the literate Abrahamic religions (Judaism, Christianity, and Islam), that many people think of when they hear the word “religion.”

Responding on behalf of every member of the church,pastor Yohanna Buru,the general overseer of Christ evangelical intercessory fellowship ministry expressed satisfaction over the food donation by muslim woman to his members,stressing that only God will pay her for donating food to the widow in this hardship period.

Pastor Buru said, every Christmas hundreds of muslims came to his house to join Christian in celebrating the Christmas and new year together.