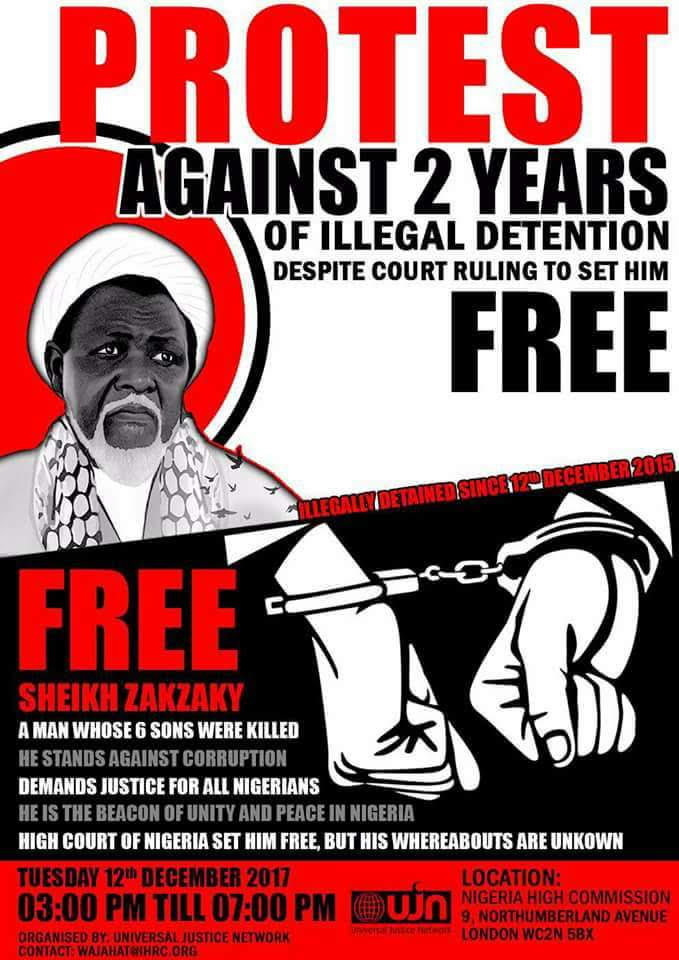 “The true horror of what happened over those two days in Zaria is only now coming to light. Bodies were left littered in the streets and piled outside the mortuary. Some of the injured were burned alive,” -Amnesty International

On 12th – 14th December, 2015, President Buhari sent the Nigerian Army to the ancient city of Zaria where they brutally and inhumanly slaughtered 1000+ Shia infants, children, women and men. Some of the victims were burnt alive, some were buried alive in Mando mass grave, pregnant women were shot in their stomachs while other women were shot in their private parts and their breast stabbed with riffle bayonets with the murderous soldiers chanting “No Shia in Nigeria”.

The London-based Human Rights organization, Amnesty International, wrote a comprehensive report on the Zaria genocide titled “Unearthing the truth: Unlawful killings and mass cover-up in Zaria”. The report contains shocking eyewitness testimony of large-scale unlawful killings by the Nigerian military and exposes a crude attempt by the authorities to destroy and conceal evidence.

The Amnesty report stated: “After the incident the military sealed off the areas around al-Zakzaky’s compound, the Hussainiyya and other locations. Bodies were taken away, sites were razed to the ground, the rubble removed, bloodstains washed off, and bullets and spent cartridge removed from the streets.”

A witness described to Amnesty International what he saw outside the hospital mortuary on the evening of 14 December: “It was dark and from far I could only see a big mound but when I got closer I saw it was a huge pile of corpses on top of each other. I have never seen so many dead bodies. I got very scared and run away. It was a terrible sight and I can’t get it out of my mind.”

Two years after the massacre the families of the missing are still awaiting news of their loved ones. A full independent forensic investigation is long overdue. The bodies of the mass graves must be exhumed, the incident must be impartially and independently investigated and those responsible must be held to account.

The Buhari administration refused to conduct an impartial investigation on the Zaria genocide because the Nigerian leader ordered the inhuman massacre. On 18th December, 2015, four days after the massacre the king of Saudi Arabia called President Buhari on phone and celebrated the inhuman massacre of 1000+ innocent Nigerians. Zaria genocide was an evil imperialist agenda that has the Saudi regime as front. Brutal killings and massacres of the Nigerian Shia minority did not stop with Zaria genocide. Shia civilians were slaughtered in Kano, Kastina and Kaduna state.

The soldiers President Buhari sent to the residence of the leader of the Islamic Movement in Nigeria (IMN), Sheikh Ibraheem Zakzaky, brutally murdered his 3 children in his presence, killed his Nephew, burnt his 70+ year-old elder sister alive, shot him 7 times, shot his wife 4 times and burnt down the residence. Sheikh Zakzaky and his wife are in illegal detention incommunicado since then. A competent court ordered their freedom last year December but President Buhari refused to obey the court order. Massive protests and campaigns are ongoing in Nigeria, other African countries, Europe and Asia for the unconditional release of Sheikh Zakzaky and his wife.

Due to the deliberate attempts of President Buhari and the Nigerian regime to cover-up the Zaria genocide, the Islamic Movement in Nigeria (IMN) reported the issue to the International Criminal Court (ICC) in Hague. ICC has commenced investigation into the Zaria genocide. It is our hope that one day the murderous criminals who brutally slaughtered 1000+ innocent Nigerians and wickedly dumped their dead bodies in mass graves at night to bury the evidences will be prosecuted.

On a final note, heartfelt condolences to all the families of victims of the inhuman and brutal Zaria genocide. God grant us the fortitude to bear our huge losses.