NewsRescue–  10 days later, after much clamor and outrage from blacks in America and non main stream media for a tragic story that was almost entirely blocked out by the main stream corporate media, public protest and anger has finally resulted in US officials investigating the cold blood ‘assassination’ of a black US male teenager.

According to the AFP — US officials are investigating the fatal shooting of an unarmed black Florida teenager by a white neighborhood watch volunteer that has sparked national outrage.

Trayvon Martin, 17, was shot to death February 26 in a gated community in central Florida by a neighborhood watch captain, George Zimmerman, who later was released by police after claiming he acted in self-defense.

Benjamin Crump, the lawyer for Trayvon Martin’s family, said Tuesday Martin had put on a hoodie after getting caught in the rain and was not aware he was being followed by Zimmerman.

“He’s just a kid trying to get home from the store and get out of the rain, that’s it, nothing else,” Crump told a news conference.

He said Martin’s 16-year-old girlfriend was on the phone with him at the time and heard most of the altercation.

“What Zimmerman said is completely contradicted by the phone log,” Crump added, urging authorities to arrest the neighborhood watchman for killing Martin “in cold blood.”

Speaking to ABC News, the girlfriend recalled that Martin “said this man was watching him, so he put his hoodie on. He said he lost the man.”

The Justice Department said its Civil Rights Division plans to “conduct a thorough and independent review of all of the evidence.” The division examines cases in which discrimination on the basis of race, sex, disability, religion, and national origin are suspected.

The FBI is also investigating the racially charged killing. 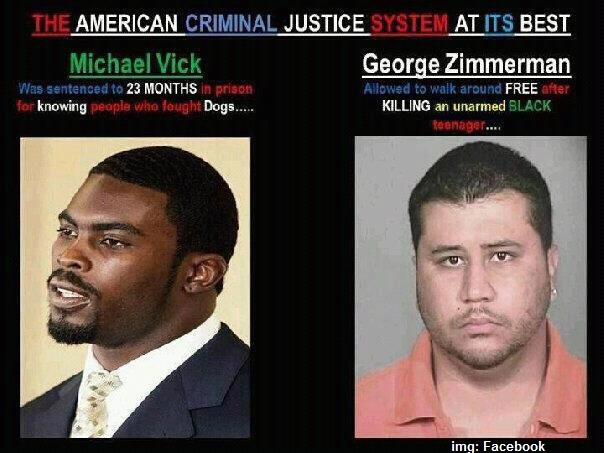 TheGlobalAndMail– Tragically, a black male teenager killed by a gunshot is hardly news in America.

So, it was perhaps no surprise that the killing of Trayvon Martin, a 17-year-old, shot at a close-range by George Zimmerman, a crime-watch volunteer in a gated community in north Orlando, attracted little initial attention.

No one was arrested. Police briefly questioned Mr. Zimmerman, 28, who said he fired his Kel-Tec, 9 mm semi-automatic in self-defence, fearing for his life. The dead boy’s father identified his son – who had gone to a 7-Eleven store to buy a can of iced tea and a bag of Skittles – from a police photograph with blood coming from his mouth.

Police ordered drug tests on the victim, not the shooter.

Homicide, usually by gunfire, is the highest cause of death among male African-American teens. Add in suicide and accidental shootings and the rate rockets to more than seven times the level of whites, for whom car wrecks pose the gravest danger.

Except, in this case, too many things didn’t add up.

Perhaps instead of self-defence, this was a vigilante killing, tinged with racism and covered up – or at least ignored – by a police department with a previous record of cutting slack to certain shooters – in a once mostly-white community transformed by foreclosures and stress into a minority-majority neighbourhood.

Seems Mr. Zimmerman told the 911 dispatcher that he was tracking a black teen “up to no good, or he’s on drugs or something.” At some point just after dusk on Feb. 26, the crime-watch volunteer got out of his SUV. There was a struggle between the 70-kilogram teenager and the 120-kilogram Mr. Zimmerman.

Nearby, a 13-year-old walking his dog said heard screams for help that suddenly went silent at the moment of gunshot.

Just what happened in the last moments of Trayvon Martin’s life may never been known. The B+ high school student from Miami had wanted a career in aviation. But he was also serving a 5-day suspension from school for chronic tardiness and was visiting his father in Sanford. 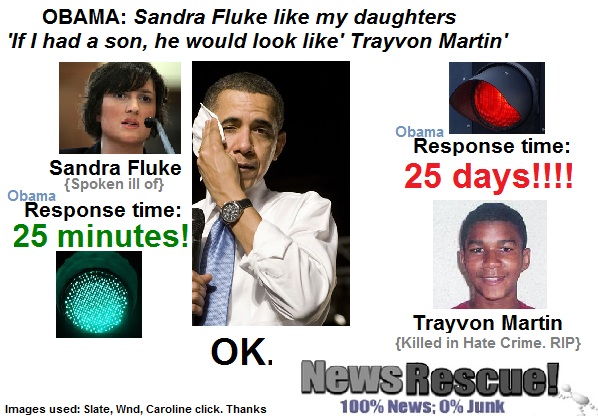 Mr. Zimmerman was something of a law-enforcement wannabe and zealous, or perhaps just dedicated, in his crime-watch role. In more than 45 calls to 911 dispatchers in just over a year, he had asked for police backup or reported ‘suspicious’ person. He had a Florida permit to carry a concealed weapon. On the night the teenager died, Mr. Zimmerman ignored the 911 dispatcher’s caution that he didn’t need to follow the boy.

“He just disregards their instructions, and he goes like a loose cannon with a gun and shoots this kid in cold blood,” claims Benjamin Crump, one of the lawyers now representing the Martin family.

Sanford police say they are satisfied with Mr. Zimmerman’s self-defence version of events. Florida has a “stand your ground” law which allows deadly force to be used even in public, rather than requiring citizens to back away from a confrontation.

“I hold law enforcement officers in the highest regard as I hope to one day become one,” Mr. Zimmerman once wrote on an application form, although he was once arrested for assault on a police officer.

That charge was dropped.

As the odd circumstances surrounding the death spread, outrage grew. More than 1,000 people attended the teen’s funeral. More than 250,000 have signed an online petition demanding a better investigation.

Mr. Zimmerman has gone into hiding.

His father, Robert, issued a statement insisting “at no time did George follow or confront Mr. Martin” and refuting allegations that race played a role. “The media portrayal of George as a racist could not be further from the truth,” adding his son was Hispanic and “would be the last to discriminate for any reason whatsoever.”

Meanwhile, Sanford police – who belatedly released the 911 tapes that cast doubt on their initial conclusion of simple self-defence – have said they would welcome outside help.

The next likely step, the Federal Bureau of Investigation and the Justice Department, are watching the case and may take it on.

In one tearful interview, Sybrina Fulton, the dead boy’s mother, said: “My son didn’t do anything … he was walking home from the store.