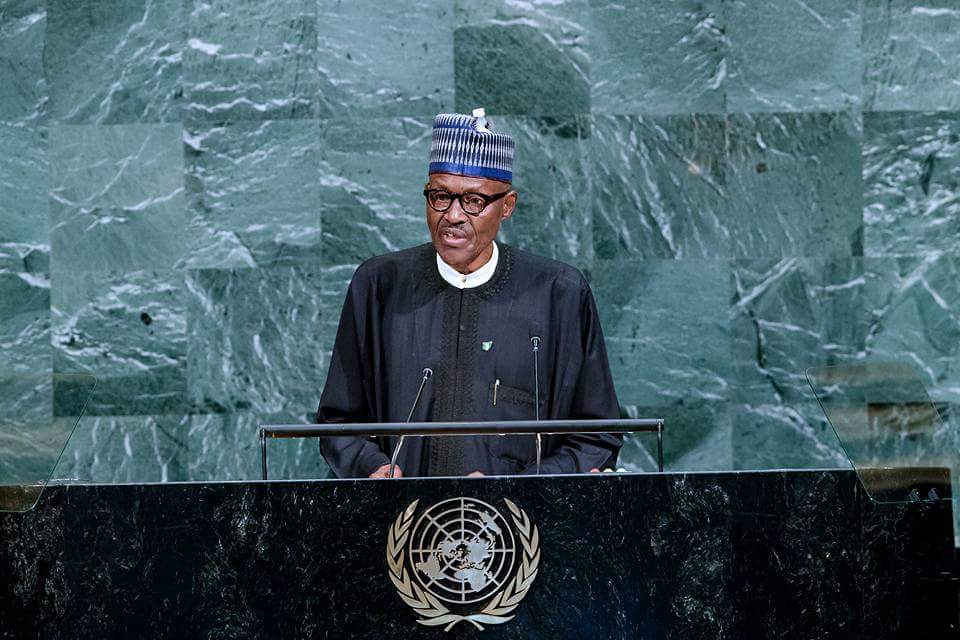 A group of protesters believed to be members of the Indigenous People of Biafra, IPOB, stormed the United Nations office in New York to protest against President Muhammadu Buhari.

They said they were agitating against the killings and destruction of property of Igbos during the military invasion of Abia State.

In a video retrieved online, the people could be seen chanting war songs in Igbo language while carrying flags of the proposed Biafra nation.

Buhari had yesterday addressed the 72nd Session of the United Nations General Assembly, UNGA, which is ongoing.

Recall that the Nigerian Military had recently launched a Military exercise in the South East tagged Operation Python Dance II.