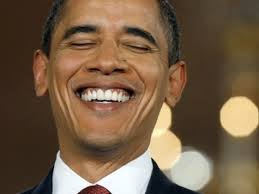 The immediate past governor of Lagos State, Babatunde Fashola, has finally responded to the allegation that he approved a contract worth N78 million for the upgrade of his personal website.

Last weekend, analytic firm, BudgIT, revealed that Mr. Fashola approved, before he left office, a contract of N78.3 million from the state treasury for an upgrade of his personal website.

The news caused outrage among Nigerians who accused the former governor of financial recklessness and the misappropriation of public fund.

In a statement he personally signed on Thursday, Mr. Fashola admitted that indeed a contract valued at that amount was awarded, but it involves the provision of other services beyond the upgrade of the website.

Mr. Fashola’s statement comes on the heels of the denial by the contractor, Info Access Plus, that it received N78 million. The company said though it quoted N12.5 million for the upgrade of the website, www.fashola.com, it only received N10 million from the state government.

On Thursday, the former governor said only N12 million was actually awarded for the upgrade of the site while other services such as the handover countdown clock, mobile apps for Google, for iOS ipad, for Microsoft, and Blackberry and the annual maintenance cost for managing the site make up the total of N78 million.

“It was for these services that the contract was issued for N78 million, which the Lagos State procurement agency gave a No Objection based on the advice of the Ministry of Science and Technology, who are the government adviser on ICT matters.

“In publishing the contract award which was the government tradition under my watch, the procurement agency ‘s website summarized it as ‘upgrade’ only without detailing the other services and this has been distorted by the agents of hate as their suspected ‘smoking gun’”, he said.

On the accusation that the website was personal to him and that it was inappropriate to use a public fund for its maintenance, he said he site helped him to do his job as governor and to respond to the people.

He then claimed that people have been paid “large amount of money” to deliberately distort allegations without evidence against him.

He said the website upgrade issue is the culmination of a string of other unfounded allegations against him that started emanating toward the end of his tenure in office.

Mr Fashola said he was first accused of fathering children from an extra-marital affair, accused of orchestrating a conspiracy in the National Assembly election and plunging the state into a deep debt crisis. He said the allegations are not only false but wicked.

“I have no biological children other than my two children,” he said.

He explained that he adopted three children who were orphaned as a result of the Dana Airplane crash of 2012. He said the adoption of the children followed due process.

He said the allegations of his involvement in the National Assembly election are “product of the imagination of those who made the allegations.” He said he was out of the country at the time and only returned to Abuja in the early hours of the morning of the election and proceeded to Lagos from there.

“All the debts contracted in my time were approved by the parliament in the annual budgets, some have been paid back and the financial status was healthy and stable when I left. The outlook for the state and her rating by Fitch was long-term foreign and local currency IDRs at ‘BB-, short-term IDR at ‘B and national long-term rating at ‘AA+(nga)”

The former Lagos governor also chastised persons who had written petitions against him to the presidency.
“I expect them to know that allegations of wrong doing are not resolved without evidence, neither are they resolved in press conferences,” he said.