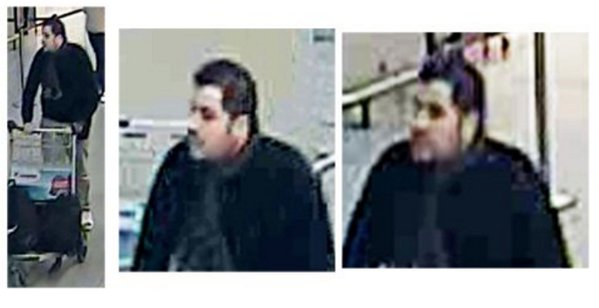 There are many reasons why Belgium has become a hotbed of radical Islamism. Some of the answers may lie in the implanting of Saudi Salafist preachers in the country from the 1960s.

Keen to secure oil contracts, Belgium’s King Baudouin made an offer to Saudi King Faisal, who had visited Brussels in 1967: Belgium would set up a mosque in the capital, and hire Gulf-trained clerics.

At the time, Belgium was encouraging Moroccan and Turkish workers to come into the country as cheap labour. The deal between the two Kings would make the mosque their main place of worship.

Brussels already had the perfect place. An oriental pavilion designed by Belgian architect Ernest Van Humbeek had been built in the capital’s Cinquantenaire park in 1879, but was falling into disuse.

The 1967 deal gave the Saudis a 99-year, rent-free lease. The pavilion was refashioned by the Saudis, opening in 1978 as the Great Mosque of Brussels, as well as the seat of the Islamic and Cultural Centre of Belgium (ICC).

Although the mosque was treated as the official voice of Muslims in Belgium, its radical Salafist teachings came from a very different tradition to the Islam of the new immigrants. Today, there are around 600,000 people of Moroccan and Turkish origin in Belgium, a country of 11 million.

“The Moroccan community comes from mountainous regions and rift valleys, not the desert. They come from the Maliki school of Islam, and are a lot more tolerant and open than the Muslims from other regions like Saudi Arabia,” says George Dallemagne, a Belgian member of parliament for the centre-right CDH, an opposition party. “However, many of them were re-Islamified by the Salafist clerics and teachers from the Great Mosque. Some Moroccans were even given scholarships to study in Medina, in Saudi Arabia.”

Mr Dallemagne says the Salafist clerics have tried to undermine attempts by Moroccan immigrants to integrate into Belgium. “We like to think Saudi Arabia is an ally and friend, but the Saudis are always engaged in double-talk: they want an alliance with the West when it comes to fighting Shias in Iran, but nonetheless have a conquering ideology when it comes to their religion in the rest of the world,” he said.

Mr Dallemagne has sponsored many resolutions in the Belgian parliament aimed at loosening ties with Saudi Arabia, and reducing the Salafist influence in Belgium. “We can’t have a dialogue with countries that want to destabilise us,” he says. “The problem is that it is only recently that authorities are finally opening their eyes to this.”

The mosque has sought to send a strong message opposing the latest attacks, with Mohamed Ndiaye, one of the centre’s imams, releasing a statement in the aftermath: “We would like to express our deep sorrow over the Paris attacks. Our thoughts are with the people of Paris and the victims’ families.” Other officials have also come out to repeat the message that Islam is a religion of peace and has nothing to do with the terrorists of Molenbeek.

But the mosque remains a concern for the Belgian government: in August, a WikiLeaks cable revealed that a staff member of the Saudi embassy in Belgium was expelled years ago over his active role in spreading the extreme so-called Takfiri dogma. The cable – between the Saudi King and his Home Minister – referred to Belgian demands that the ICC’s Saudi director, Khalid Alabri, should leave the country, saying that his messages were far too extreme, and that his status as director meant he should not be preaching anyway.

This article was first published on 23 November 2015