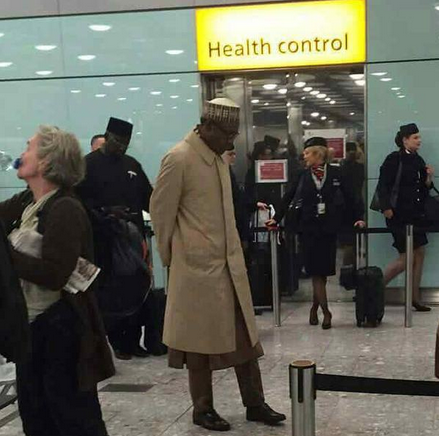 If you have been following recent happenings in our polity objectively as it concerns the general elections in the past three months, you will understand it is now clear to the discerning, obvious to the dissenting and acceptable to the pragmatic that change has become inevitable in our polity.

This article was inspired by one of my favorite songs of Lucky Dube- of blessed memory, “It Wasn’t Easy”.

In the song, he called on his mother, “mama I’m getting married”. She replied, “Son did you take out time to know her”?

The artist: “Mama she’s the best, but today it hurts me so to go back to mama and say mama am getting divorced, this choice I made, didn’t work the way I thought it would, it hurts me so mama…”.

The lyrics of the song is exactly what’s playing out in our polity today.

Rewind back to 2011 presidential election, we were so carried away by the circumstances surrounding president Jonathan’s emergence that we ignored many things and forgot to ask necessary questions. He gathered all the sympathy, popularity and attention through his “I had no shoes while growing up” quote. Thinking he’s the Moses of our time, people defied ethnic and religious affiliations to vote and ensure he emerged president.

The ruling party in it’s quest for jaded attention allowed itself to be sub-tenanted in the last 4 years by every paid and unpaid apologist of the government. The president’s incorrigible media team didn’t help either, they were beyond reproach, with their misleading and contradicting information they made it difficult for citizens to get accurate information on the happenings of the government, they hurled bitter diatribes and tirades to every critic of the government, in doing so their language deteriorated and included every profanity and obscenity on their lips and ended up accumulating more enemies for the president within and outside the shores of the country. Thereby making change inevitable.

In the area of corruption, president Jonathan has shown little willingness to tackle corruption. He identifies with the corrupt and presides over a government that embezzle public funds with reckless abandon. After much criticism of his government, Mr. president in an attempt to demystify corruption made a political gaffe. “What is being referred to as corruption is common stealing”.

Right now our nation is hemorraging from all sides, the bleeding is imminent and inevitable, with the daily decline in our economy, there hardly seem to be anyone who is not feeling the economic hardship this government has reduced us to.
Many unfulfilled campaign promises of the ruling government have contributed to this inevitable change. The fact that Nigeria is yet to generate more than 4000 mega watts of electricity after expending millions of dollars in four years in the power sector is beyond comprehension.
Until recently, security is near zero with insecurity and insurgency taking a lead in wanton killings and destruction of lives and properties in the North East.

With its little and infinitesimal performance, the attack dogs of the ruling government have been obfuscating in defense that president Jonathan in the last six years has performed more than all our past rulers.

They pretend not to know records have shown under president Jonathan Nigeria has generated more funds per annum from the sale of crude oil alone in the past 6 years than we have made in the past years.

It is saddening that nations of equal promise like nigeria have left Nigeria in its elementary level while at different levels of advanced development, hence the need for a change of government.

The opposition APC may have its flaws but as the Economist Magazine aptly puts it, “Sometimes there are no good options… a former dictator is a better choice than a failed president”.

Back to the song, “It Wasn’t Easy”, same way the above named reggae artist went back to his mother, “mama am getting divorced”, Nigerians want a divorce from the ruling government, because the choice we made in 2011 didn’t work out the way we thought it would and it hurts us so much.

I take consolation from the words of his mother in the song, “it’s not easy to understand it son, but I know you’ll make it, you’ll be happy again”.
Nigerians will make change possible come March 28 2015 and we will be happy again.

Change will not come if we wait for some other person or some other time, we are the ones we’ve been waiting for. We are the change that we seek. -Barack Obama