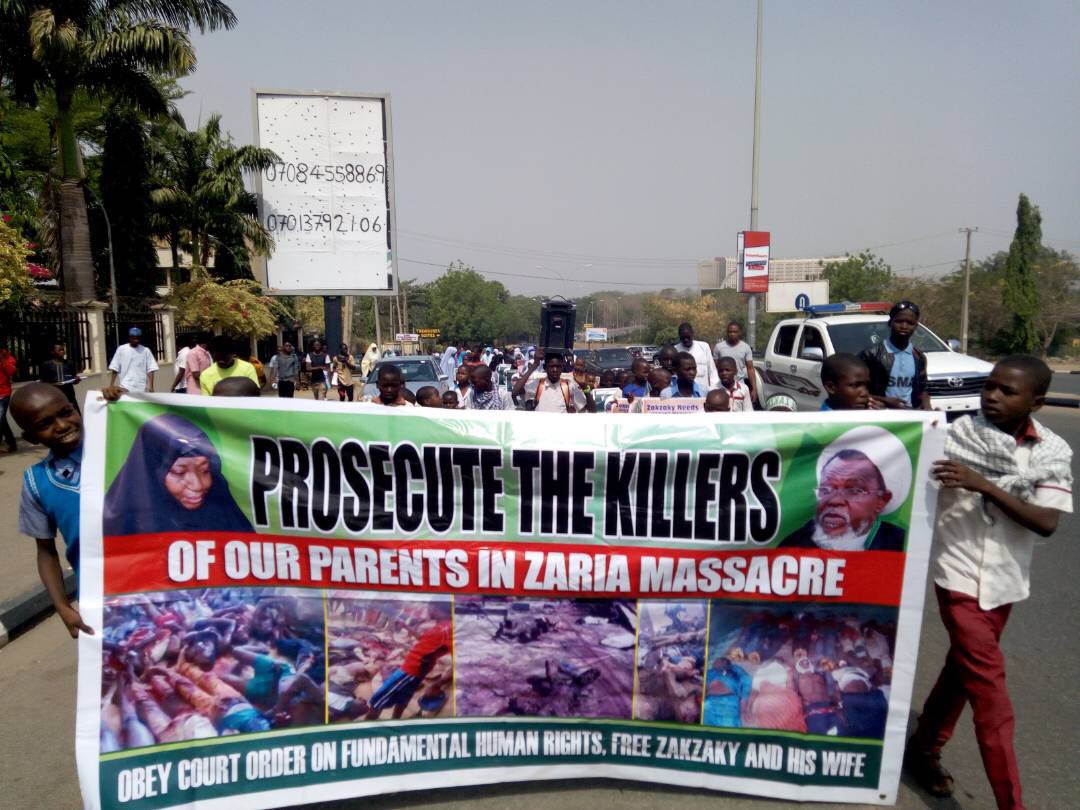 Over two years after the reported killing of as many as 1000 Shia minority Muslims during the Zaria massacre of December 2015, children whose parents were killed are demanding justice.

Hundreds of children marched to the office of Nigeria’s Attorney General Abubakar Malami to demand prosecution of those implicated in the massacre.

President Muhammadu Buhari promised to bring the perpetrators to book but since then only the Shiite side have remained punished while the implicated military and state government have been protected from justice. 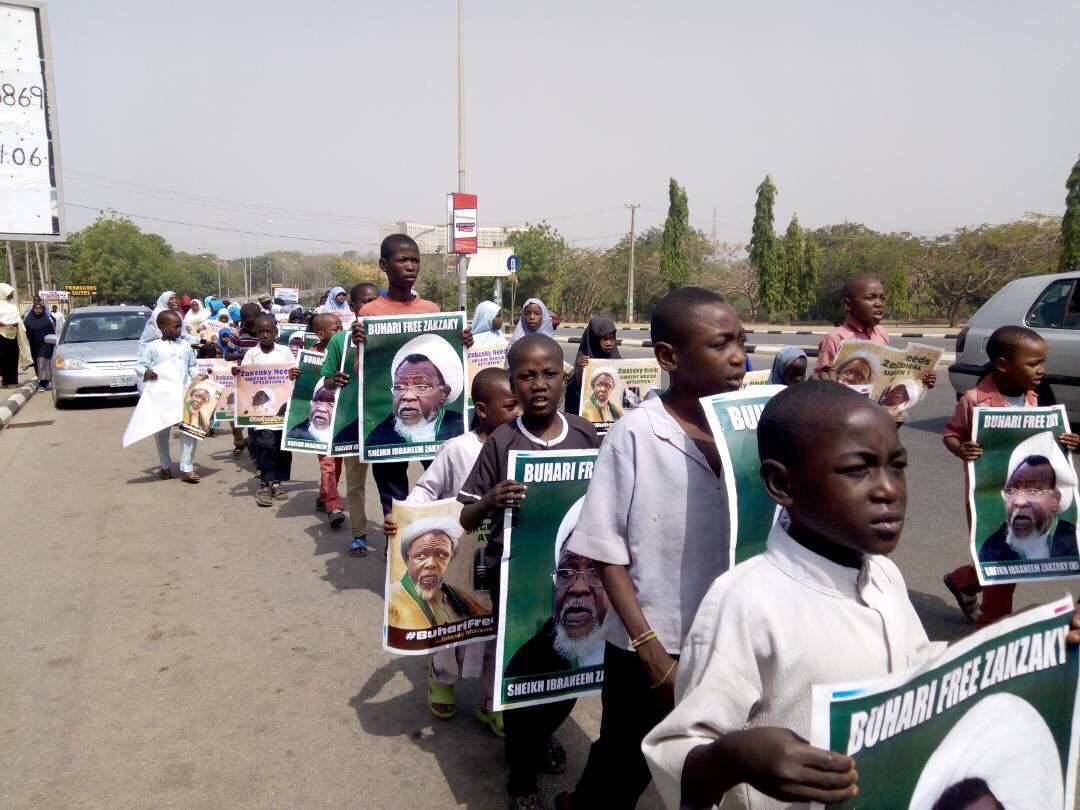