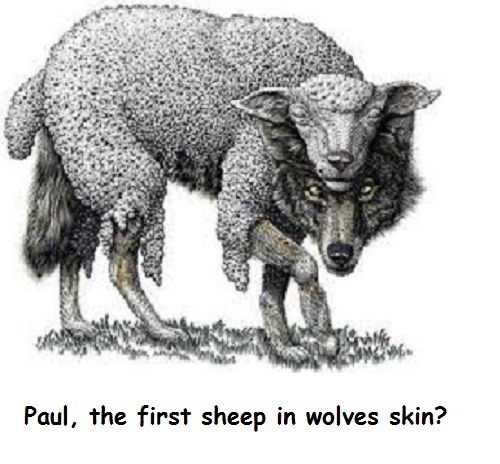 Christians don’t even know what Jesus expects us to be. We don’t because we are not who we are supposed to be. … Christians display few good works before men. We are not known as people of integrity who, like Jesus, are loving, gracious, compassionate, merciful and forgiving. We vehemently decry the Boko Haram but are rabid Boko Haramites in speech and prayer. We claim to be followers of Jesus but despise his righteous ways. We are only deceiving ourselves.

A blogger became so exasperated with my criticism of the Christian Church; he decided to launch what would be the definitive counter-attack. “Femi Aribisala,” he declared triumphantly, “is not a Christian!” When I thought about this, I concluded that, using the same logic, the prophets of Israel were not Israelites.

This is God’s mandate for his prophets: “Cry aloud, spare not; lift up your voice like a trumpet; tell my people their transgression, and the house of Jacob their sins.” (Isaiah 58:1). Those who had a problem with this killed the prophets. I have been killed time-and-again by Christians; but the Lord always raises me from the dead.

Jesus says: “Those whom I love I rebuke and discipline. So be earnest, and repent.” (Revelation 3:19).

Who exactly is a Christian? Paul says: “They are not all Israel who are of Israel.” (Romans 9:6). By the same token, they are not all Christians who are Christians. All Christians profess belief in Jesus. But most Christians do not follow his doctrine. Many do not even know what Jesus’ doctrine entails. When you tell them, they shout: “Heresy!”

Using Paul’s erroneous standards, many Christians define a Christian as someone who believes in Jesus. However, some Jews who professed belief in Jesus turned out to be sons of the devil. (John 8:31/44). Jesus did not say his followers will be identified by their hypocrisy and grand-standing. Instead, he says: “You will know them by what they do.” (Matthew 7:16).

When some Jews insisted they were sons of Abraham, Jesus said to them: “If you were Abraham’s children, you would be doing what Abraham did.” (John 8:39). Spiritual sons must do the works of their father, and not merely profess his faith. However, Christians profess the faith of Jesus but disdain God’s ways.

Several years ago, a Christian acquaintance with a common law wife and three daughters literally disappeared. His family did not hear from him for three years. When he finally showed up just as suddenly as he had left, I button-holed him and asked where he had been all this long while; in utter neglect of his family.

His response threw me for a loop. “Evangelism!” he declared exuberantly, “evangelism!” “What do you mean?” I wondered. “I have been doing evangelism,” he replied, smiling mischievously at me. So I asked him: “What kind of evangelism are you doing that precludes taking care of your family?”

That man’s perspective is symptomatic of a general Christian malaise. We try to bring people to Christ through preaching that contradicts the life we live. But Jesus warns: “Not everyone who says to me, ‘Lord, Lord,’ shall enter the kingdom of heaven, but he who does the will of my Father in heaven.” (Matthew 7:21).

Christians are pompous “fishers of men.” We tell men: “Today might be the last day of the rest of your life. Accept Jesus before it is too late.” But we don’t live like people preoccupied with eternal life. We have heard of Jesus but don’t know him. We have read about him but don’t follow him. We talk the highfalutin talk and walk the hypocritical walk.

Jesus is very contemptuous of our kind of evangelism-driven faith. He says: “Woe to you, teachers of the law and Pharisees, you hypocrites! You travel over land and sea to win a single convert, and when he becomes one, you make him twice as much a son of hell as you are.” (Matthew 23:15).

John says of Jesus: “Eternal life is in him, and this life gives light to all mankind.” (John 1:4). It is the exemplary life of Jesus that makes him the light of men. In his light, we see light. (Psalm 36:9). But Christians are not particularly interested in the life of Jesus. We only take refuge in self-serving principles about his allegedly vicarious death. Instead of being preoccupied with the godly life Jesus lived; we sing and dance about the death he died.

Jesus says: “I have come that they may have life, and that they may have it more abundantly.” (John 10:10). The life Jesus gives comes from his life. It does not come from his death. Jesus says: “I am the way, the truth, and the life.” (John 14:6). The way, the truth and the life do not come from Jesus’ death; they come from practical details of the virtuous life Jesus lived and taught.

Light of the World

Jesus says to his disciples: “You are the light of the world. A city that is set on a hill cannot be hidden. Nor do they light a lamp and put it under a basket, but on a lampstand, and it gives light to all who are in the house. Let your light so shine before men, that they may see your good works and glorify your Father in heaven.” (Matthew 5:14-16).

Light is not a friend, but an adversary, of darkness. Light dispels darkness because it is implacably opposed to it. But Christians are not fundamentally different from non-Christians. We have the same values and seek the same worldly objects. Such differentials as exist are inconsequential. We go to church, read the bible, quote some scriptures, and pray “in the name of Jesus.” But these are dead religious rituals. They don’t make us the light of the world. 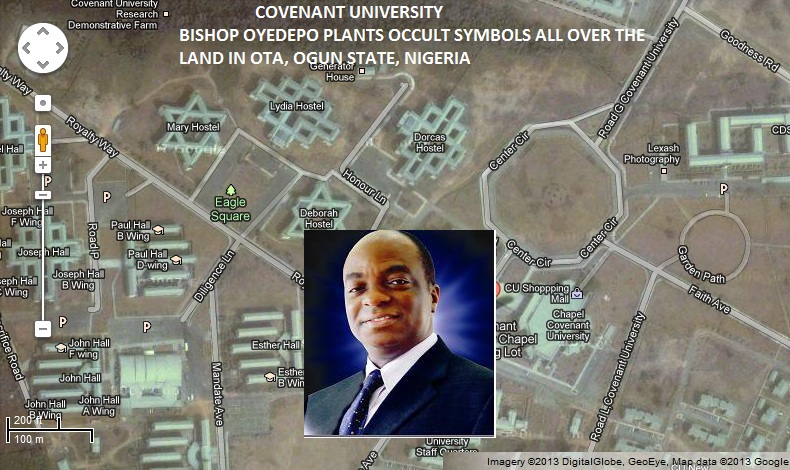 Christians don’t even know what Jesus expects us to be. We don’t because we are not who we are supposed to be. Jesus does not say his disciples should be the light of the world. He says they are the light of the world. We either are or we are not; and the truth is that Christians today are not. Indeed, we are any but. There is one way to describe the Christians of today: we are the people who betray Jesus; but with a kiss.

Christians display few good works before men. We are not known as people of integrity who, like Jesus, are loving, gracious, compassionate, merciful and forgiving. We vehemently decry the Boko Haram but are rabid Boko Haramites in speech and prayer. We claim to be followers of Jesus but despise his righteous ways. We are only deceiving ourselves.

Jesus warns: “If the light you think you have is really darkness, how deep that darkness will be!” (Matthew 6:23).