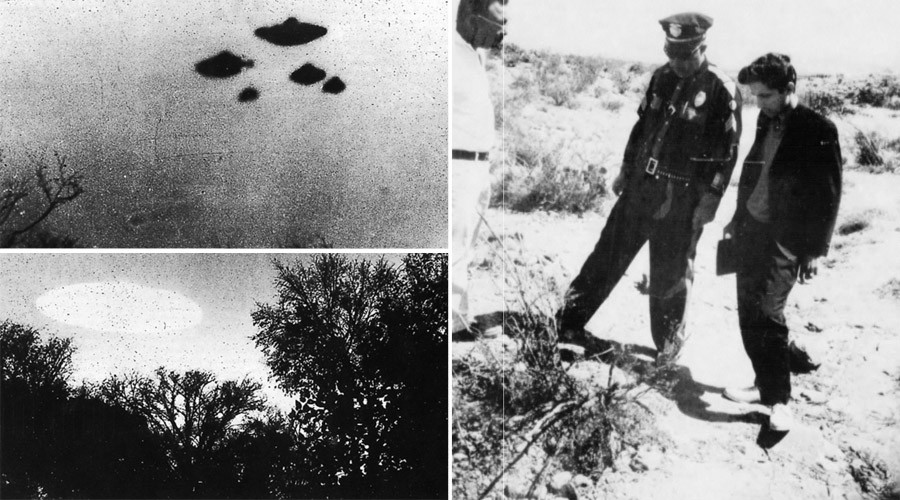 The day has finally come for all UFO lovers and those who still believe ‘the truth is out there’. The CIA has released thousands of declassified documents on flying saucers.

The agency humorously noted that X-Files’ Fox Mulder would certainly love to use them to prove the existence of extraterrestrials.

“We’ve decided to highlight a few documents both skeptics and believers will find interesting. Below you will find five documents we think X-Files character Agent Fox Mulder would love to use to try and persuade others of the existence of extraterrestrial activity,” the agency said.

The CIA picked several documents which may be particularly interesting. They include files from East Germany (1952) where the agents were investigating a story of “a huge flying pan” which had a diameter of about 15 meters.

Another document which would cheer up extraterrestrial fans says that similar ‘flying saucers’ were seen in Spain and North Africa.

“The picture [of the object] shows a diagonal stripe of diminishing width and lighter in shade than the sky over the dark bulk of a building cornice,” the document says.

The CIA even included several pictures of the alleged extraterrestrial objects, including UFOs and suggested alien body parts. The release of the ‘conspiracy’ files surprisingly coincided with the release of new X-Files series.

One of CIA documents explains how to take better photos of UFOs.

“Take several pictures of the object; as many as you can. If you can, include some ground in the picture of the UFO,” the agency advised.

However, for those who sided with skeptical Agent Dana Scully all nine seasons, the CIA said it released documents “to prove there is a scientific explanation for UFO sightings.”

The CIA has frequently organized scientific panels to discuss the nature of these allegedly alien objects. In many cases, the scientists concluded that “the subject UFO is not of direct intelligence interest.”