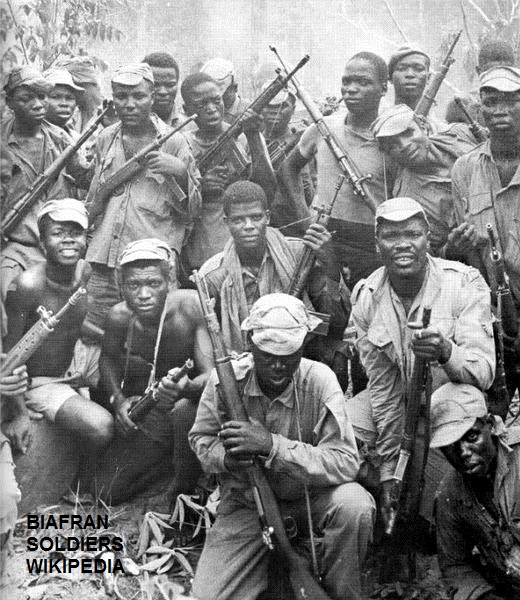 The Igbo nation has demanded for a reasonable compensation from the Federal government over the injustice its people suffered during the civil war. It said the government should pay its people N2.6 trillion as compensation.

This demand is coming barely a year after the Ohaneze Ndigbo, a pan-Igbo socio-cultural organization demanded for N2.4 trillion from the Federal Government as reimbursement and compensation to Igbo nation in the five South East states and Anioma in Delta State, who lost their loved ones and property during the 1967-1970 civil war.

Backing the earlier demand, south east delegates at the ongoing National Conference said the former Eastern region and part of the former Mid-West region which are now in South-East and South-South zones were centres of war, with high level of devastation that brought untold hardship to their citizens.

In a document titled: “Atrocities and Injustices against Ndigbo: Ohaneze demand for Reparation” which was shared with the amendment to the proposed National Intervention Fund, the delegates said it was incalculable to put a price on the death of millions of Igbo who were killed in the civil war and other occasions.

They said, “The case of the South-East, which bore the full brunt of the civil war for 30 months, is particularly tragic. Most of it remained a wasteland, despite General (Yakubu) Gowon’s declaration of the three ‘Rs’, Reconstruction, Rahabilitation and Reconciliation.

“The federal government should pay N400 billion each to the five states of the South East as compensation to those who lost loved ones and properties and those still suffering dislocation today in Nigeria. The same amount should also be paid to the government of Delta State for the benefit of Anioma area of the state.”

The motion was sponsored by former Minister of Foreign Affairs and a delegate on the platform of Elder Statesmen, Gen. Ike Nwachukwu, and 14 others. The Igbo stressed that the demand became imperative following the “atrocities and injustices committed against Ndigbo in Nigeria over a long period.

They noted that, “All fair minded citizens of this country will agree that the former Eastern Region and part of former Mid West Region, which encompass the present day South- East and South- South zones of Nigeria were theatres of the civil war which devastated the two regions and brought untold hardships on their citizens.

The case of the South-East, which bore the full brunt of the civil war for thirty months, is particularly tragic. Most of it has remained a wasteland, despite General Gowon’s declaration of the three “R”, Reconstruction, Rehabilitation and Reconciliation.

“Boko Haram insurgency in parts of the country, and especially in the North East Zone has brought up the issue of reparation and reconstruction in whatever guise, to the fore and the National Conference through its Committee on Devolution of Power has tackled it headlong.

Since what is good for the goose is good for the gander, the Conference cannot afford to ignore the yearnings of our people to rehabilitate and reconstruct the war divested South-South and South-East zones through the proposed National Intervention Fund or through any other integrated platform or plan available to the Federal Government.
“Several panels set up by the Federal Government, including the Oputa Panel, had approved reparation for war damages, but till date, this has not been addressed.”

In their requests, they said, “since the proposed National Intervention Fund is to address the vexed issues of devastation and upheavals caused by an act of war or by outright war itself, that the South East and the South-South zones be adequately taken care of by the fund in terms of the physical infrastructure, rehabilitation, development and other losses resulting from the civil war ans that the Federal Government sets up a body to work out agreed reparation to settle the civil war issue once and for all.

The delegates demand that, “Since the proposed National Intervention Fund is to address the vexed issues of devastation and upheavals caused by an act of war or by outright war itself, that the South-East and South-South be adequately taken care of by the fund in terms of the physical infrastructure, rehabilitation, development and other losses resulting from the civil war.”