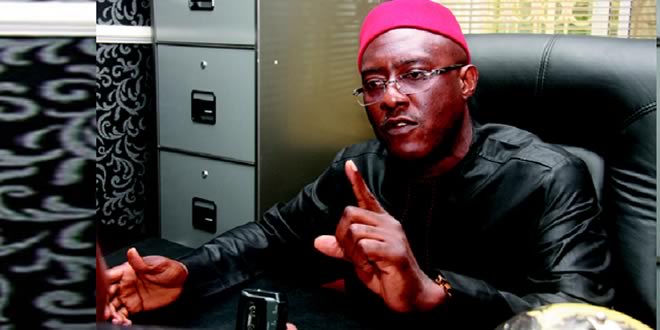 The Peoples Democratic Party, PDP, has described as “reckless, irresponsible and highly provocative”, Sunday’s statement by the All Progressives Congress’ spokesperson, Lai Mohammed, in which the governing party accused the immediate past administration of President Goodluck Jonathan of monumental fraud.

Mr. Mohammed had accused the appointees of Mr. Jonathan of looting over N11 trillion.

But the PDP National Publicity Secretary, Olisa Metuh, in a release said the APC has again exhibited its “emptiness and disgusting desperation for public approval”.

The PDP said “in trying to escalate their stock-in-trade of lies, wild allegations and falsehood, the APC failed to understand that their baseless fabrications are capable of throwing an unsuspecting nation into chaos”.

Stating that “the spate of fabrications by Lai Mohammed has become a sickening source of worry for well-meaning Nigerians including those in his party”, the PDP called on President Muhammadu Buhari and the APC as a party, to call their spokesman to order before he plunges the country into crisis with wild and unsubstantiated claims.

The PDP said instead of engaging in unnecessary playing to the gallery, the APC-led government should get serious with the fight against corruption by investigating and prosecuting corrupt persons, while moving on with the demands of governance, especially in fulfilling their numerous campaign promises for which they were voted into office at the centre.