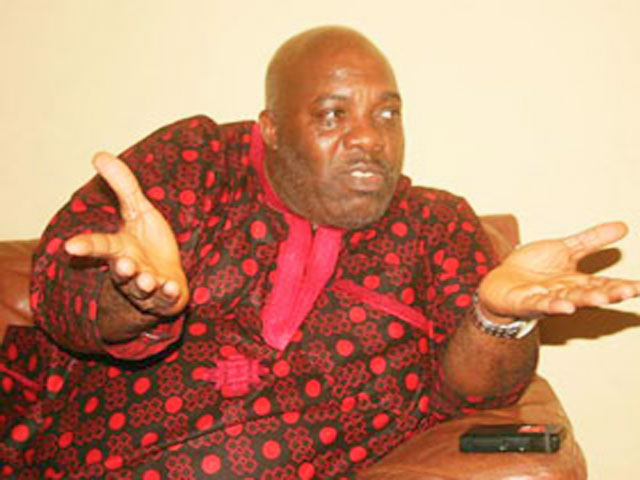 FORMER Senior Special Assistant to the ex- president Goodluck Jonathan on public affairs, Dr. Doyin Okupe, Sunday explained why was paid various sums of money from the office of the National Security Adviser (NSA). Okupe also took a swipe at the Economic and Financial Crimes Commission, EFCC for leaking to the media his health status which he had revealed to the commission’s operative in confidence designed for it to understand his special needs.

According to him, for not getting clearance or authorization from him before the information was revealed to the media, was not only a breach of confidence reposed on the anti- graft agency, but designed to embarrass him as a person.

Doyin Okupe In a statement he signed yesterday and made available to Journalists, Okupe explained how he got various sums of money from the office of the National Security Adviser (NSA) which has now become the subject of investigation by the EFCC.

Denying being linked to any unwholesome benefits from the NSA, he said it became imperative to explain based on media reports that he was involved in N162million and N85million fraud, adding that in his interactions so far with the anti-graft agency, he had only been requested to make clarifications in three areas.

Okupe who lambasted the EFCC said,

“I confided in the officers of the commission about my health situation for them to understand why where and how I sleep was important to my overall well being.

“Without clearance or authorization by me this information was revealed to the media.

“I woke up to hear it on radio broadcast nationwide and was published in many newspapers. This is a sad development and a definite breach of the confidence I reposed on the commission as an institution of government.

“I was born with sinus bradycadia, a non disease based slowness of the heart. It precluded me from vigorous exercise from childhood but I have by God’s Grace been able to live a normal and active life.

“With age the slowness grew worse and life threatening. I sought medical help and went through a procedure at the Arrhythmia cardiac Research center in Atlanta, where this defect was corrected. Its just a year ago and I am still under satellite monitor from the USA. The statement said these include: “Why I received N50m from the office of the National Security Adviser at the onset of my appointment, and what I used the money for.

“Why I was paid N10m monthly by the Office of the National Security Adviser. “Why I received another sum of N50m from the NSA in October 2014.

“The N10m I received from the Office of the National Security Adviser monthly was to run my office, pay salaries of staff, including overheads, pay expenses for our numerous press conferences, pay for publications in newspapers, magazines, local and foreign, television programs, bulletins, and media consultants who assist and facilitate our work.

“I had about 23 staff, 11 were graduates out of which 5 were Masters degrees holders. Details were submitted to EFCC.

“The second N50m was approved again by Mr President when I reported to him that the monthly allowance has been cut from N10m to N5m and that I was no longer in a position to keep running a 1hr NTA network program called INSIGHT which was aired 9-10am every Friday and some other days of the week.

“We paid NTA about N1.2m monthly for airtime. Two presenters were paid N600,000 monthly. We paid for tapes and Editing per program.

“Besides we also pay honorarium for guests either directly or inform of hotel bills for those outside Abuja, or transportation.

“This cost averagely N500,000 weekly or about N 2m monthly. All in all we spent about N4m monthly on the program.

“Mr President promised to help with the expenses. About a few months later when we had incurred some debts, the NSA sent me a sum of N50m which was to cover the cost of the program for 12 months (12×N4m=N48m).”

Okupe who wondered why payment made to his private company for handling a state government contract had been linked to his function as a presidential aide, said,

“The Fact however is that my company Romix soilfix was one of the over 20 construction companies who were duly awarded contracts for rural roads some 5yrs ago by the Niger state govt.