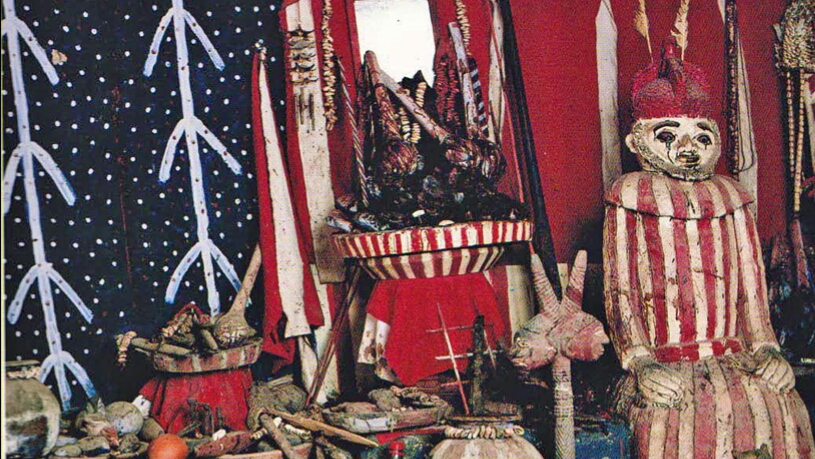 There was drama in Ketu Community of Ogun State on Saturday after a pastor became numb after attempting to pull down a shrine.

The cleric, identified as Wale Fagbenro, reportedly claimed he was directed by the “Holy spirit” to destroy the traditional worshippers’ shrine.

Residents of the area in Yewa North Local Government Area subsequently raised an alarm attracting a crowd to the scene.

The witness said when the priests in charge of the shrine were approached, they declared that the cleric would only regain consciousness after some rituals were performed.

However, the priests eventually treated Mr. Fagbenro after the traditional ruler of Aiyetoro, Abdulaziz Adelakun, intervened.

The police in Ogun said on Sunday that the incident was reported to them.

“The command got the report at her division in Ayetoro that one Evangelist Wale Fagbere went to Ketu to destroy traditional worshippers ‘ shrines,” police spokesperson Abimbola Oyeyemi said.

“After the destruction, the man became unconscious, motionless and could not talk.”

Mr. Oyeyemi said the victim has been revived and “has been handed over to his family for more spiritual cleansing.”

“Everybody has right to worship anything he so desires,” Mr. Oyeyemi said.